Organic food is food that is grown without using GMO (genetically modified) seeds, synthetic pesticides, or fertilizers. People often think that organic food is healthier than regular food, but the evidence is mixed. Some studies suggest that organic food is richer in antioxidants and nutrients, while other studies reckon the difference is too low to lead to any consequential differences in terms of results.

If you are a concerned consumer, the simple act of shopping in the supermarket can be challenging at times. After countless attempts to parse through misleading packaging, you end up selecting vegetables that are organic. They’re at least twice the price of their regular counterparts. However, you still buy them and walk out with the feeling that you’re doing something good for your health and contributing to the conservation of the environment. 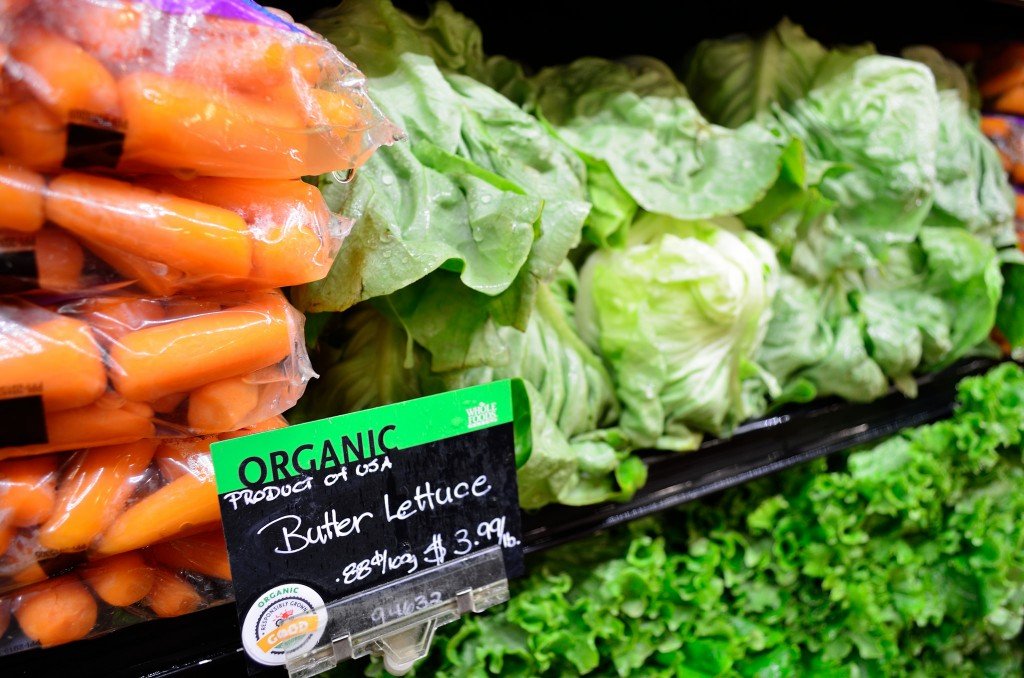 It’s not just you… the affinity for buying and eating organic has spread like wildfire, especially in the last couple of years. People are increasingly considering their buying decision towards organic food as more than just an alternative; many see it as a moral and social responsibility for the good health of their family members. It is a common belief that organic food is more natural, healthier and even more ethical. Let’s investigate these ingrained notions one by one to determine their veracity.

What do people even mean when they say organic? In fact, there is a lack of global consensus on the definition of organic, with different countries having different rules and frameworks for the term. On top of that, not all organic foods are ‘completely’ organic. For example, in Canada, if the label says “organic”, it contains around 90-95% organic ingredients. Items labeled with a “made with organic ingredients” sticker may contain only 70-80% organic ingredients. Only when a label say “100% organic” is it fully organic. However, our minds are convinced that once we spot the term ‘organic’ on the packaging, we think of it as fully organic, and marketers can greatly benefit by charging heavy premiums for semi-organic items.

Now, in general, organic foods are those foods harvested without using GMO (genetically modified) seeds. They are also harvested without the usage of synthetic pesticides or fertilizers. In organic farming, farmers use more conventional ways of farming, such as crop rotation and the usage of ‘organic’ fertilizers, such as manure or compost. While the motivation to buy organic food is apparently noble, is it really effective or just an overhyped and overly expensive fad? 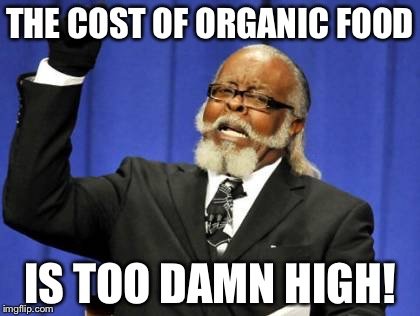 One idea that is often associated with organic foods is that their “natural cultivation” makes them healthier. Numerous studies have reported that levels of antioxidants are much higher in organic food. Plants generate antioxidants as a part of their defense mechanisms to fend off insects and other predators. Some of these antioxidants act as a kind of home-made pesticide by plants.

The reason for the higher levels of antioxidants in organic plants is because they need to work harder than ordinary plants/vegetables, which are often externally shielded by synthetic pesticides. Although antioxidants are beneficial to us, their true usability and efficacy are debated among the scientific and medical community.

Also Read: What Are Biopesticides?

When it comes to evaluating whether organic food is more nutritious, the evidence is mixed. There are a number of studies suggesting that organic food is slightly richer in Vitamin C and omega-3 fatty acids. However, most of these studies reckon the difference is too low to lead to any consequential differences in terms of results. In fact, one study analyzed a group of children on an organic diet for 10 days to study the impact of organic food; researchers found that the urine of children who consumed just organic food had higher levels of organophosphates. A higher concentration of organophosphates is often associated with neurological problems, but fortunately, the concentration of organophosphates was at a level that would initiate any clinical harm.

According to some of the scientific studies in this context, it doesn’t look as though organic food has significant and consistent nutritional benefits over traditional food. Eating fruits and vegetables is good, in general, regardless of how they’re cultivated, but many people seem to overlook that undeniable fact.

Generally, the motivation behind buying organic food has more to do with avoiding toxins and less with deriving extra nutrition. People buy organic because of their belief that organic foods are bereft of artificial pesticides or fertilizers. The good thing is that many studies confirm that the residual presence of pesticides or fertilizers is lower in organic food. That being said, studies show that it’s LOWER, but not ZERO. That’s where things get complicated.

Although pesticides are supposed to be the last resort in organic farming, they are not completely forbidden. Organic pesticides may use natural variants, such as vegetable oils or hot ash soap, but these are still TOXIC to a certain degree. Toxic is toxic, regardless of whether the material was made chemically or derived naturally. In the case of natural pesticides used in organic farming for apples, organic apples can actually be more toxic than those coming from non-organic farms. The toxicity of a substance depends on its concentration and our exposure to it—not the source itself.

This doesn’t mean that we should lose sleep worrying about residues of natural pesticides in our food, despite it being organic. Rather, we should continue to demand more stringent regulation and standardization of food by governmental regulators. In the developed countries of Europe and America, pesticide residue on food is strictly tested before the food hits the market. The majority of the food items that are approved have negligible residues.

The actual risk lies in contamination by bacteria and fungi, as these are much more dangerous threats. On this front, the risk remains the same—be it food coming from non-organic or organic farms.

Is Organic Food Good For The Environment?

In a paper published in Environmental Research Letters by ecologists Michael Clark and David Tilman, these researchers performed a meta-analysis on organic and regular foods from hundreds of production sources to better understand their impact on the environment. The impact was measured on three parameters: greenhouse gas emission, energy consumption, and land requirement. The study was inconclusive regarding which method is better for the environment. The study noted that, while organic farms required less energy, their greenhouse emission was nearly equal to that of non-organic farms. Similarly, organic farms used much less pesticide, but their land consumption was significantly higher, leading to the injudicious use of land resources.

Also Read: Do Nutrients Change When A Food Is Cooked? 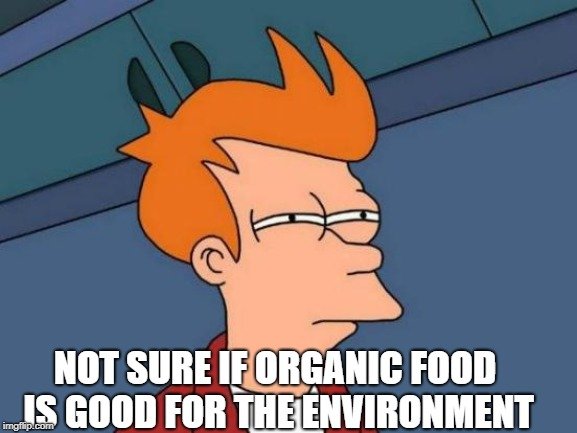 The problem lies in our stereotyping of organic as good and ordinary (non-organic) as bad. This bias comes in the way of making logical decisions. Thus, we need to think about uniting the best of organic and regular farming for optimum results. Both have their own pros and cons, so to produce the healthiest food in the most efficient way, we need a combination that offers the best of both worlds! 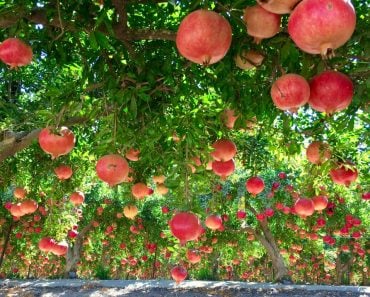 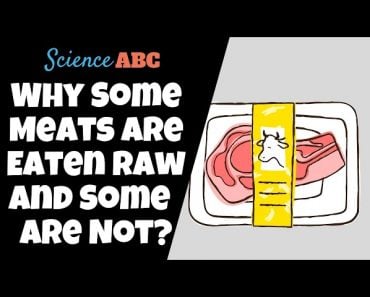 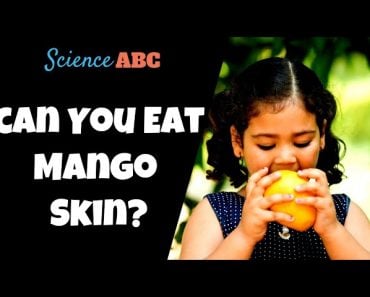