If you have been paying attention to climate change news in recent decades, you have probably heard about methane. The most common link is to the agriculture sector, as the gas expelled from cows is high in methane. However, in today’s simplistic news cycle, methane is often relegated to the realm of cow farts, while this is far from true. In fact, most of the gas that cows expels comes in the form of burps, whereas only about 10% of the methane from agricultural sources comes from flatulence and manure.

Given that even the simplest explanations of methane in our atmosphere are often misleading, it is important to dig into what methane is used for, why it has such an impact on climate change, and potential ideas for mitigation of this potent agent of global warming.

Methane is an odorless, colorless and flammable gas that can be produced both naturally and synthetically. In terms of its chemical composition, methane consists of four hydrogen atoms and one carbon atom (CH4). As mentioned above, there is a chance that the only reference to methane you know is cow flatulence, but there are many different sources and uses for this valuable natural gas.

Where Does Methane Come From?

When it comes to natural sources of methane, this chemical is released when organic matter is broken down at shallow depths, without the presence of oxygen. For that reason, methane is regularly released from bogs, swamps and wetlands as bubbles of this gas reach the surface and pop, releasing the methane byproduct of plant matter decomposition into the atmosphere. As the temperature of our planet continues to rise, arctic permafrost in various parts of the world are melting, exposing both methane deposits (methane mixed with ice, called methane gas hydrates) and new organic material that has been trapped for tens or even hundreds of thousands of years. This material is broken down by microbes, releasing more methane, which further heats the atmosphere and causes more permafrost to melt, forming a dangerous feedback loop.

Similarly, forest ecosystems are known to have methane-binding bacteria, but as deforestation continues and precipitation levels fluctuate, the positive counterbalance of these methane-fixing microbes is diminishing.

Additionally, methane is found naturally in fossil fuel deposits, so the extraction, transport and processing of fossil fuels also results in the release of methane at every step of the process—in the wells, pipelines and pumps.

Agriculturally speaking, pigs, sheep, cows and plenty of other animals release methane as their stomachs break down their food. Cows can release between 30 and 50 gallons of methane every single day. Given the massive size of the global livestock industry, and the unwavering demand for red meat, animal production of methane is responsible for about 15% of this greenhouse gas volume in the atmosphere. Organic material breaking down in landfills is yet another source, as is the burning of coal.

Researchers continue to find new sources of methane as well, including as a byproduct from the exposure of certain plastics (polyethylene) in the presence of light and water. Considering how much plastic waste is polluting our oceans and waterways, this could also be a significant contributor to methane levels, though the impact from this source is difficult to quantify.

Why Is Methane Such a Dangerous Greenhouse Gas?

When people talk about global warming and greenhouse gases, carbon dioxide (CO2) is the common culprit, and with good reason. There is 200 times more carbon dioxide in the atmosphere than methane, so it certainly deserves a lot of attention, but methane also happens to be 84 times more potent than CO2 when it comes to trapping atmospheric heat. In other words, over the course of 20 years, a kilogram of methane released into the atmosphere will warm the planet 80 times more than a kilogram of carbon dioxide. It is a very efficient molecule in terms of storing heat, but that’s a bad thing once it gets released into the atmosphere. Studies have found that after approximately 12 years, methane will interact with a hydroxyl radical in the atmosphere and be converted into carbon dioxide, so while the potency of the methane is significantly decreased after a decade or so of its release, the subsequent carbon dioxide can persist in the atmosphere for centuries!

Aside from its effect on the atmosphere, the additional warmth generated by methane and other greenhouse gases is absorbed by water bodies and oceans, resulting in a phenomenon called thermal expansion, in which the water molecules expand (greater heat), leading to sea level rise and acidification of the oceans.

Potential Solutions for the Methane Problem

The complete elimination of methane is highly improbable, due to its critical role in the natural gas industry, livestock around the world, and the compound’s natural sources in bogs, swamps, marine sediments and permafrost. However, many ways to reduce methane emissions are being pursued and developed across the globe.

One proposed solution involves large industrial fans lined with a crystalline material known as zeolite, which will act like a sponge and pull methane out of the atmosphere. After the methane is captured, it can then be burned off as carbon dioxide. While this sounds like trading one greenhouse gas for another (it is), remember the relative potency of methane vs. carbon dioxide. Pulling 3 billion tons of methane out of the atmosphere could theoretically reduce global warming by 15%, despite pouring 8 billion tons of (80 times less potent) carbon dioxide into the atmosphere.

For decades, the release of methane was increasing every single year, but this rise has leveled off since the 1990s as awareness of the compound’s impact has spread. In 2021, a satellite is set for launch that will be able to observe and detect methane concentration in the atmosphere above major industrial areas. By regularly observing international oil and gas industry operations, leaks will be detected more rapidly, infrastructure can be improved, and regulation can be more effectively enforced.

Across the world, livestock farmers and agricultural researchers are trying to find ways to mitigate methane release from their operations. Some of these solutions include feeding livestock specific types of seaweed or onions, which will reduce methane production in the gut, as well as probiotics for healthier digestion. In terms of managing the manure, some farmers are investing in “methane digester systems”, which can collect this valuable greenhouse gas for use or sale, rather than releasing it into the atmosphere to wreak havoc on our climate!

While the clear dangers of methane have been recognized in recent decades, and much of the world is moving towards methane mitigation, other nations are rolling back their regulations on this potent greenhouse gas (including the United States, as of this writing). Overcoming ignorance and understanding the measurable impact of human activity is critical, which is why you’re reading this article! Next time someone casually dismisses methane as “cow farts”, you can politely explain that bovine flatulence is just the beginning! 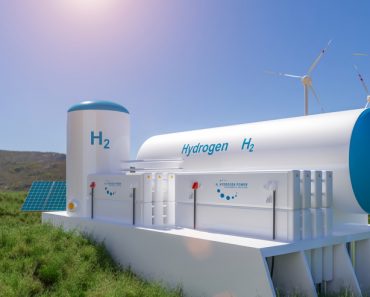