Icicles are spikes of ice that form from water dripping in cold temperatures. They usually drip when it is sunny and warms the snow or ice on the roof. The thin layer of water on the surface of an icicle releases heat to the air and then freezes. If the temperature is below freezing, icicles can still drip because the heat from the sun can warm the roof enough to melt the snow. The water from the melted snow runs down the roof to the edge and freezes, forming more icicles.

While icicles hanging from the eaves of your house may look beautiful at times, they’re not so good when they start dripping, or worse yet, melt and fall suddenly. Icicles are essentially ice, yet they often drip when the ambient temperature is subfreezing, i.e., below the freezing temperature of water.

An icicle is a spike of ice that forms under particularly cold temperatures when water falling/dripping from an object freezes midway. To be more specific, icicles form on days when the ambient temperatures is subfreezing (below 0 degrees Celsius), but the sun shines and warms the snow or ice that has accumulated on the top of a roof. Icicles dripping from the eaves of a house. (Photo Credit: Pixabay)

An icicle starts with a few frozen droplets, but as a few drops come together and attain a certain size, they begin to drip along the edge of the structure (such as the roof of a building). An interesting thing is that the water runs down the sides of the formation evenly in a thin film and freezes on the way down. This is what makes icicles hang from building roofs.

How are icicles formed?

As mentioned earlier, icicles usually form in sub-freezing temperatures conditions, when the solar radiation warms and melts some ice (already present) on the roof of a structure. The thin fluid layer on the surface of an icicle releases heat that warms the air around it (due to a heat transfer process called conduction).

Now, as the surrounding air is warmed, it rises up, taking the heat away from the surface layer, causing it to freeze. 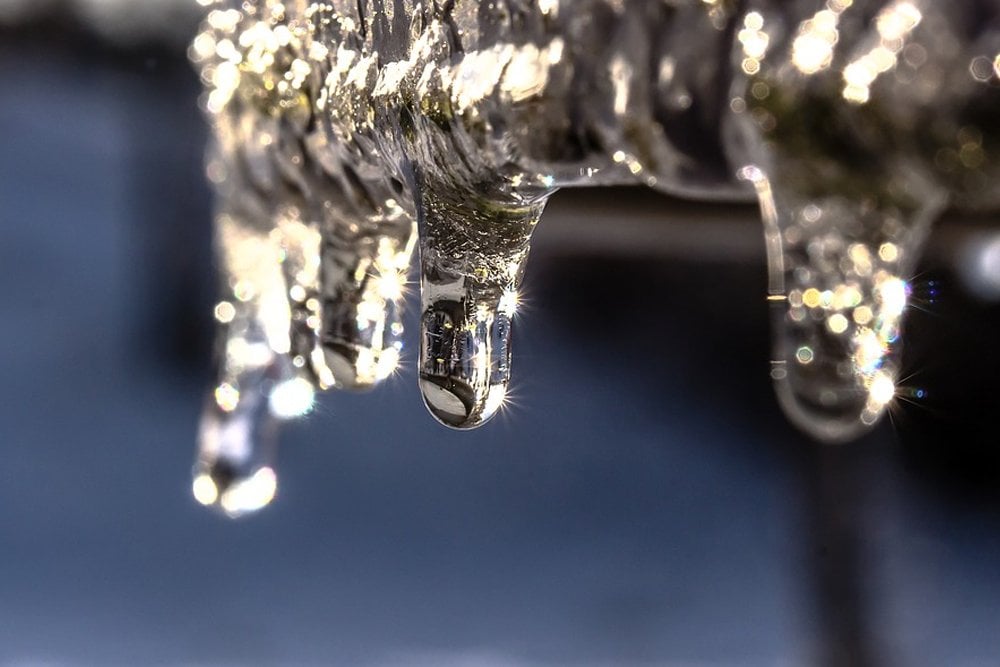 How can icicles drip in subzero temperatures?

Ice can only melt when it’s heated, right? So, if the temperature is below freezing, how can icicles still drip?

If icicles on the top of a building drip in subzero temperatures, it means that a different heat source is heating them beyond the ambient temperature.

You see, during a sunny day, the roof of a building gets somewhat heated by the sun. So, the icicles get heat from the roof, in addition to the heat they get from the air surrounding them (which, by the way, is their primary source of heat). This is why they start melting a little, and eventually start dripping from the edge of the building’s roof, even if the ambient temperature is below freezing. Icicles start dripping due to heating provided by the roof on a bright, sunny day. (Photo Credit: Pixabay)

The roof of the building can get warm not just due to solar radiation, but also due to bad insulation within the house. Heat from the house travels to the roof’s surface in three ways – conduction, convection and radiation – all of which make the roof a little warmer. Also, if the attic of the house is poorly insulated, it leaks out heat, which further contributes towards warming the roof.

Therefore, it’s pretty evident that the roof of a house can be a little warmer, even when it’s freezing outside. This is the reason why snow on the roofs of houses melt on their own over a period of time. 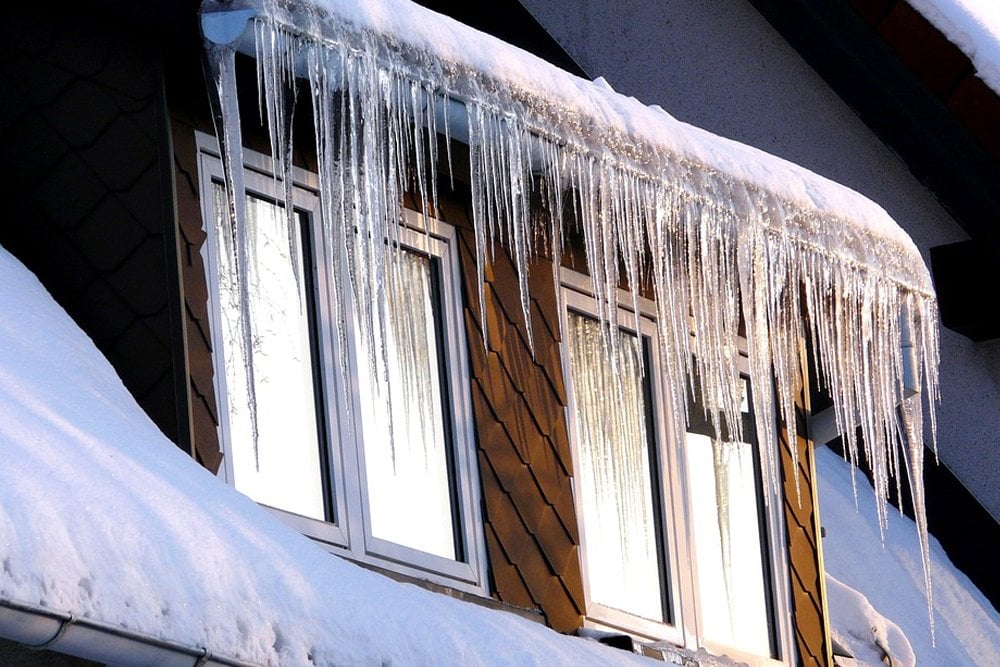 In other words, you could say that it’s not the icicles that melt; it’s the heat from within the building that melts the snow on the roof. The water (i.e., the melted snow) runs down the roof to the edge, where it’s no longer above the warm house roof that could keep it in liquid state. At that point, it starts to freeze, and as more layers of melted snow freeze on top of the existing layers, an icicle is formed.

However, since not all of this water freezes before it reaches the bottom of the icicle, some of it drips off. So, if there are a lot of large icicles over your house, it means that your house isn’t well insulated, and because of that, it’s losing heat through the roof.

Icicles can look pretty at times, but they also pose significant safety and structural dangers. There have been numerous cases of people getting injured when heavy icicles fall suddenly. Such falling icicles can also damage vehicles parked beneath them.

The immediate action one can take to get rid of the ‘icicle problem’ is to remove all the snow from the roof of the house. As for a long-term solution, one can make the ceiling airtight so that no warm, moist air flows from the house into the attic space. Also, you can make some structural adjustments to cut down heat loss through the roof.