Drosophila melanogaster, the common fruit fly, tend to appear around rotten fruit. They’re like our companions in life, and they go where the food is. Although it’s not impossible to get rid of them, there is no foolproof method to keep them away.

A fruit fly has two definitions—one for the layman and another for a scientist. For a layman, these bugs are nothing but a nuisance, but for a scientist, these insects have flung open the doors for various types of biological research. While you might just call it a fruit fly, a scientist would call it Drosophila melanogaster, belonging to the taxonomic genus Drosophila. They are harmless and don’t fall under the definition of a pest. While a pest is something that is detrimental to humans, plants or animals, a fruit fly is benign and tends to only be around fruit that has already rotted. 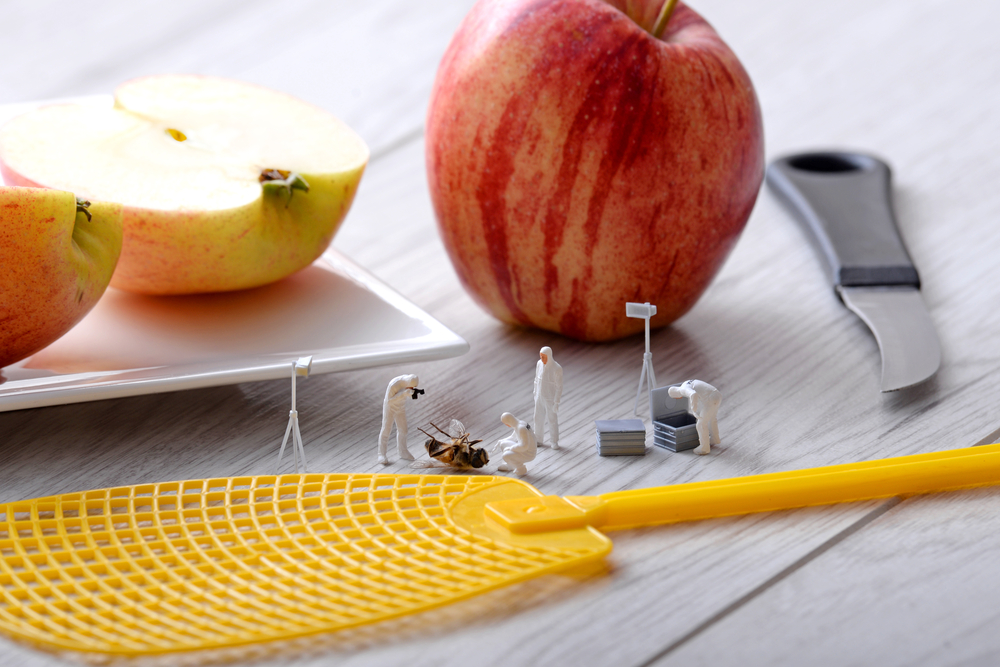 This common household fly is widely used in biological research, including genetics and life history evolution. Who would have thought that the vast amount of research done on this tiny little fly could possibly earn 8 Nobel Prizes? One of the main reasons why these flies are so readily used in research is that they’re easy to breed and require a relatively small space. They lay many eggs and have only 4 pairs of chromosomes. A chromosome is a DNA molecule that contains all the genetic information of an organism.

Regardless of the many uses of fruit flies in research, they are definitely annoying, due to their tendency to hover around food items. A common misconception is that fruit flies actually cause fruit to rot, but that’s not the case; they simply have an affinity for fruit that is already rotting.

Where do fruit flies come from?

A long time ago in the early 1800s, a German entomologist named Johann Wilhelm Meigen suggested that the common fruit fly must have originated in Sub-Saharan Africa. Around 10,000-15,000 years ago, these flies are said to have expanded from Africa to Europe and Asia. No matter what part of the world you call home, you are bound to find these tiny flies.

Fruit flies usually occur spontaneously, so there’s no way to determine exactly how the first fly entered your home. They are able to smell food from almost a mile away and due to their tiny structure, they are able to easily enter the walls through crevices. The tiny antennae atop their head allow them to smell chemicals, such as acetic acid, which is present in rotting fruit. You never really see a single fruit fly, as they are almost always in a group. This is because of their super-fast life cycle; they are able to lay 100 eggs, which can hatch into maggots in less than 24 hours! 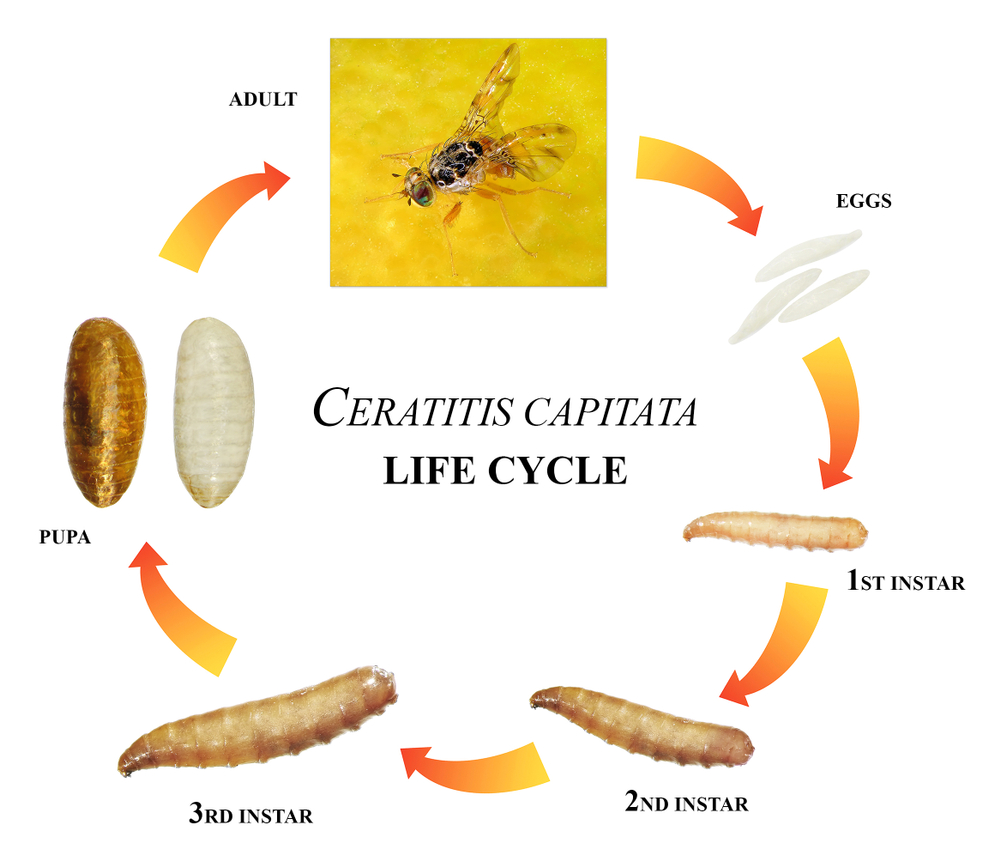 The exact origin of these flies is still unknown, but research shows that they are specifically attracted to aromatic substances, which signal the fly’s antennae that this fruit might be a good place to start laying eggs. Not only the fruit itself, but also the microbes present on the fruit are sources of food for these flies. Research shows that these fruit flies inhabit the fruit at a particular time during the decay life cycle of the fruit. 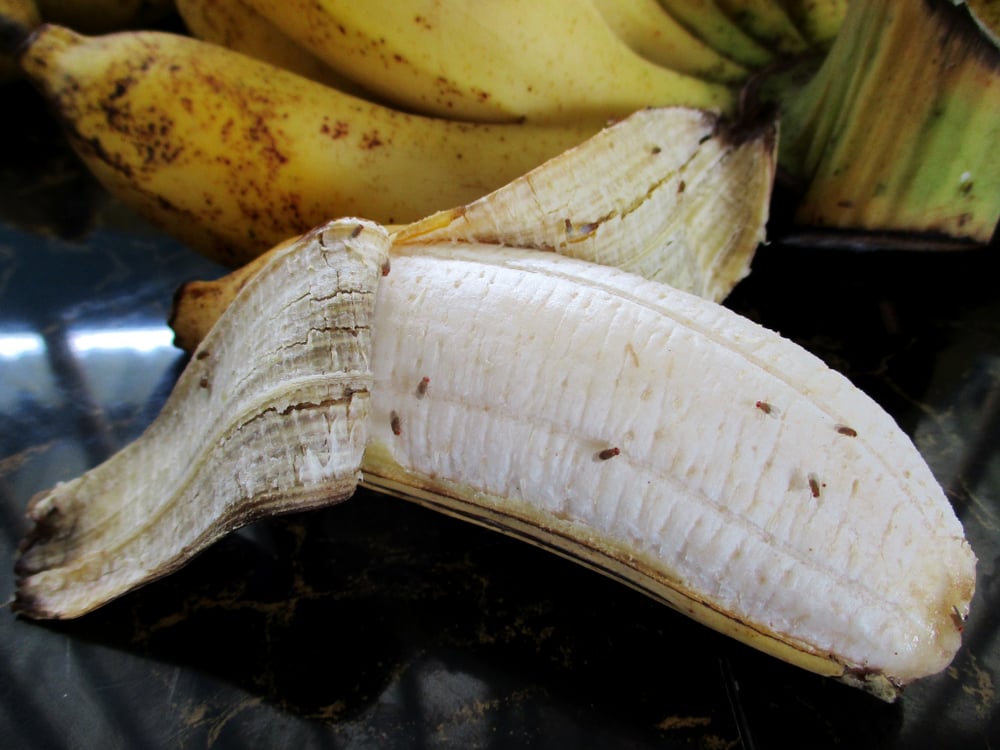 As such, it’s not possible to pinpoint their origin, but we know that they are present anywhere human inhabitation is found.

How do you get rid of fruit flies?

One of the most common ways to get rid of any flying insect or fly is to smack them with a flyswatter. It’s a swift solution and generally provides the desired results. However, it’s not easy smacking down one of these swift flyers. They have a 270-degree range of vision and are basically able to see in all directions. This gives them fast reflexes, allowing them to plan their escape within 100 milliseconds, leaving you perplexed and even more irritated.

Also, if you think using your bare hands will be your secret weapon, don’t count on it. These tiny flying wizards are able to change directions within one-hundredth of a second, far faster than your amateur ninja hunting skills.

However, don’t lose hope! There are many other ways to get rid of fruit flies, some of which are more sophisticated than the smacking technique. Fruit flies are attracted to sugary substances present in fruits and wine. A simple technique to trap these flies is to lure them into a bottle filled with all of their favorite sweet items. You can trap them with the help of paper funnels. For this, all you need is tall jar or a wine bottle, which you can fill with any sugary items, including chopped pieces of ripped and rotting fruits, honey or maple syrup. 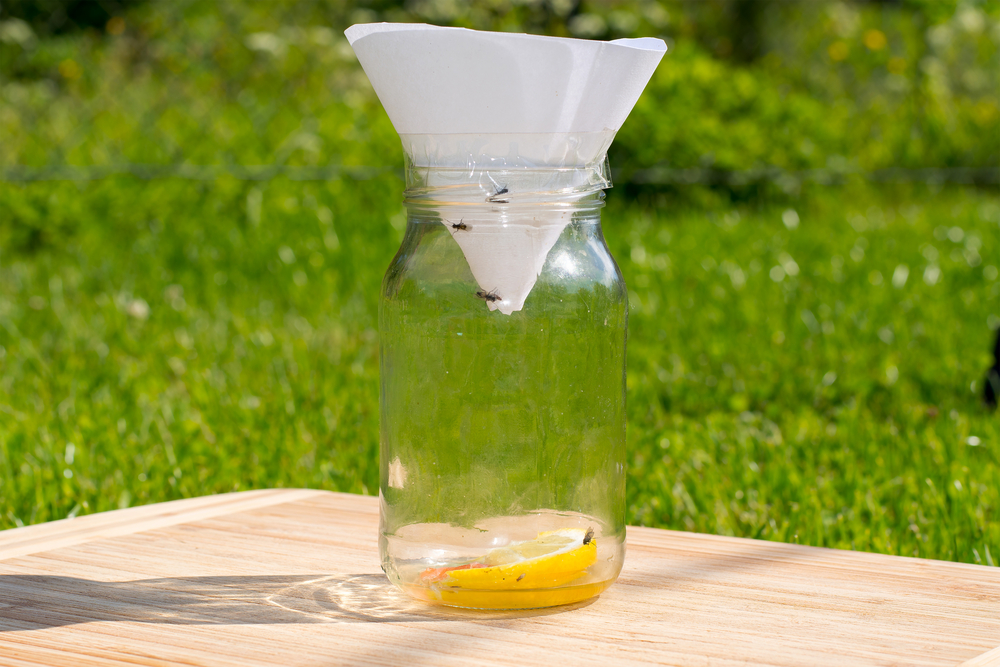 Next, roll a piece of paper to create a funnel, allowing the flies to easily enter the jar. Set up this jar close to the kitchen sink or any place that is most likely to be infested with fruit flies. Leave the bottle overnight and the next day you will see the flies happily feasting on the bait you set out for them. Now, simply add some warm water with detergent to get rid of the flies. You might have to repeat the process several times, as the flies do lay many eggs.

Adult fruit flies may be dealt with using an aerosol insecticide, but a good way to get rid of the eggs is to use a filter trap.

It’s not possible to permanently eradicate these flies, as they survive as long as there’s a source of food, but using the above method might help reduce their numbers.

Regardless of the nuisance that they are, it must be noted that these flies are widely used as model organisms for study in biological research.

Why are fruit flies used as model organisms?

Performing scientific experiments can be a lengthy and tedious process. Having an organism that can quickly regenerate and use less space is a huge bonus when selecting a model organism. A model organism is any non-human species that is widely studied to understand biological phenomena. Drosophila melanogaster is the perfect model organism due to its rapid regeneration and short life span. Fruit flies require minimal food or resources to start growing. All you need are some mashed up fruit and the flies will appear within a couple days! 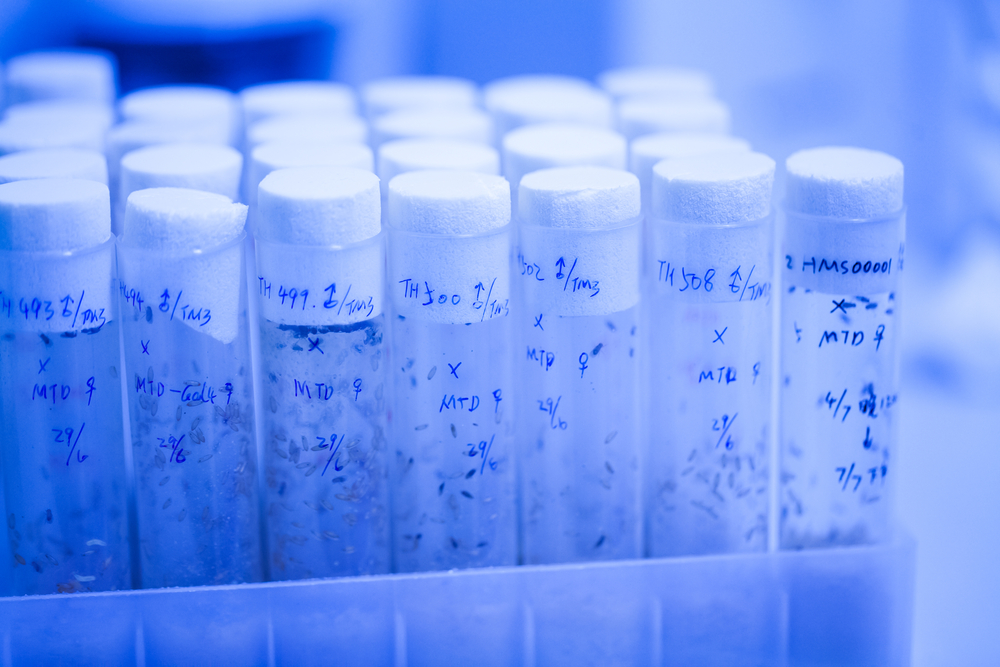 Another important aspect of these flies is that they can be genetically manipulated. As mentioned earlier, they have only 4 pairs chromosomes, as compared to the 23 pairs possessed by humans. The genes of the fruit fly can therefore be easily mapped to better understand the presence of any genetic transfers that might occur at the DNA level. Many of the Drosophila genes are similar to those of humans, suggesting that they originate from a common ancestor. Some of the shared genes are associated with various diseases that occur in humans, which makes research and investigation more streamlined and adds to the value of fruit flies in research.

Fruit flies are our natural companions; they go where humans go and humans can’t go without food. Basically, we’re stuck with these creatures, so we may as well get used to it. Cleaning the fruits as soon as you get back from the market can be one way to help reduce their presence. Although there are some ways to get rid of them, there is not a permanent solution, which is probably a good thing, since fruit flies represent such a critical model organism for further study!