It is believed that there are mineral deposits underneath the ice in Antarctica, as well as hydrocarbon and coal deposits. However, due to various obstacles, including international treaties banning mining and harsh conditions on the continent, minerals have not been extracted from Antarctica in industrial quantities.

Antarctica is the southernmost and fifth-largest continent on our planet, and is almost entirely a barren desert landscape, receiving very little precipitation and boasting extremely low temperatures, particularly during the winter, when the continent remains entirely in darkness for months at a time. The continent is roughly 5.5 million square miles in size and is covered in thick sheets of snow and ice. Due to the low temperatures and stagnant high-pressure system over the continent, what snow does fall will not melt, but is instead compacted into sheets of ice. In some areas, the continent is covered by up to 5 kilometers of ice!

However, in the past, when the continents weren’t in their present conditions, Antarctica was once attached or butted up against South America, Africa and Australia. Even though some people think of Antarctica as a massive floating ice cube, it is actually a continent with a landmass beneath all that ice, including entire mountain ranges and diverse topographical features. What this means is that it likely shares similar mineral profiles to regions to which it was once connected, even if they began breaking apart between 85-200 million years ago (when the supercontinent of Gondwana was intact).

Given humanity’s hunger for any resource that can be channeled into industry, it comes as no surprise that people have been curious about Antarctica’s value in terms of oil, coal, mineral deposits and natural gas. Remember, there are only about 4,000 permanent inhabitants of Antarctica, the vast majority of whom are researchers and scientists pursuing academic ends. Additionally, most research stations are close to the coast, where the weather is less severe and access to the outside world is possible. 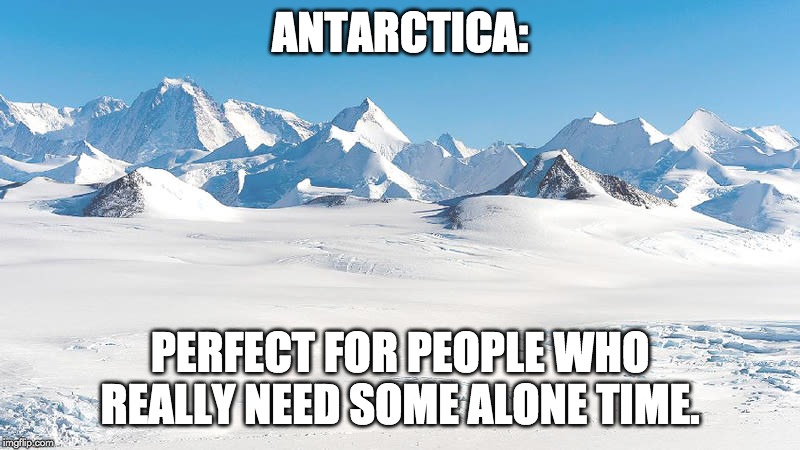 Precious metals and other commodities

The scientific pursuits on Antarctica have turned up a great deal of information on the composition and nature of the continent, although a full picture of Antarctica’s resources remains unclear. There have yet to be any large deposits of minerals found, although it is believed that some of the metalliferous fold belts found in Australia, Africa and South America will likely continue on in Antarctica, based on theories of plate tectonics, and the ancient connection between all these landmasses. It is believed that these mineral streaks could contain iron ore, copper, nickel, gold, silver, molybdenum, chromium, cobalt, titanium, uranium, zinc, manganese and nickel, among others. There is also some evidence of copper deposition across the continent.

In terms of oil, gas and coal, it is known that there are some oil deposits near the coast of Antarctica, specifically on the western shelf, which makes sense given the fossil fuels found along the coasts of Australia, South America and Africa. The puzzle pieces of the continents fit together, as do their geologic history and makeup. There are also oil deposits off the coast of Antarctica, which has been the subject of the most debate and interest for countries who support drilling in the region. Coal deposits have also been found in multiple mountain ranges of the continent, although the quality and concentration of coal was low.

While there are clearly some resources on this continent, none of them have been commercially mined in any way, which may come as a surprise to some readers, but there are some very good reasons for this abstention from mining and drilling.

In terms of the history of Antarctica, no one stepped foot on the continent until 1820, and the South Pole wasn’t reached until 1911. The Antarctic Treaty was first drawn up in 1959, and regulates the behavior and interaction of other countries in relation to Antarctica, since the continent has no native populations to govern the land. More than a dozen different countries have various claims over parts of the continent, although no country formally “owns” Antarctica.

While mining wasn’t even discussed in 1959 in the original Antarctic Treaty, the issue was raised in the 1970s and 1980s, with varied levels of support. There was some discussion of allowing mining operations to take place, provided that all parties agreed and there would be a minimum of damage to the continent or fragile ecosystem. France and Australia rejected the idea of any mining being done on the continent. By 1998, the Environmental Protection Protocol went into effect, banning any mining operations from the continent, a decision that can be revisited in 2048. 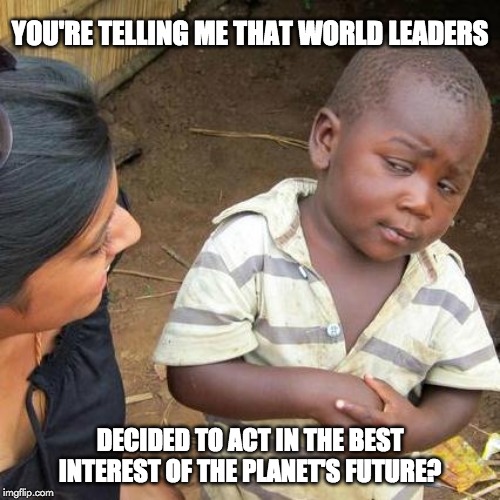 This level of concern for the environment is refreshing, but it isn’t the only thing stopping mining operations from taking place on the continent. As mentioned above, nearly the entire continent (98%) is covered with thick sheets of ice and snow, with an average thickness of more than a mile. The amount of energy and resources required to extract minerals or hydrocarbons from the earth might cost more than the value of the resources themselves. The subzero temperatures and brutal conditions would also make any major mining efforts incredibly difficult, not to mention Antarctica’s significant distance from any population centers, making the transport and distribution of the minerals additionally costly.

This subject will almost surely be raised in 2048, given the decreasing levels of fossil fuels on the planet and the constant search for new deposits and resources. By that time, considering the path we have set ourselves on in relation to climate change, there could be significant melting of the Antarctic ice sheet, exposing more of the continental surface, and thinning the level of ice in certain areas. Three decades from now, the planet will be a very different place, but until then, the resources help captive within Antarctica will remain in place.

As we have seen in countless other places in the world, the obsessive quest for resources and fossil fuels has guided the course of human history. Wars are fought and empires fall as a result of humanity’s constant search for resources. When it comes to Antarctica, however, the amount of effort it would require to extract, process, transport and distribute the resources is simply not worth the payoff. Additionally, this is a relatively untainted ecosystem, and a fragile one, at that, so minimizing human involvement and potential damage is a high priority. Mining and drilling operations increase the risk of oil spills and other major disasters that can be catastrophic to the landscape.

In closing, we know that there are resources and minerals beneath the thick shield of Antarctica’s ice, but we are showing a surprising amount of restraint and foresight. We can only hope that such wisdom remains in place, and these vital international protections are renewed in thirty years!