Imagine walking outside through a forest, enjoying the sunshine streaming down through the leaves. It’s a wonderfully peaceful experience, but from a different perspective, you are essentially strolling through nature’s ultimate energy factory.

Human beings have developed many ways of generating energy, allowing us to do everything from drive our cars to heat our homes, but we have never been able to emulate nature’s pure, perfect method of energy generation.

What is this perfectly efficient method that is billions of years in the making?

The Ultimate Source of Power

Trillions of leaves all over our planet are able to produce energy with three simple components: water, carbon dioxide, and sunlight. Human beings have essential energy demands that require large amounts of energy, but our solutions (fossil fuels, wind energy, natural gas etc.) are damaging to the environment, inefficient, or hugely expensive. However, the recent green energy trends around the world have driven researchers to investigate the original powerhouse of our planet – leaves! Artificial leaves that use three simple components (water, carbon dioxide, and sunlight) have long been a dream of scientists, but has been out of reach for decades. All that effort and time, however, have finally paid off, and human beings are one step closer to a completely clean and renewable source of energy that could change the face of our planet (and our species) forever!

A Peek into Photosynthesis

Before we delve into the artificial form of photosynthesis, it is important to understand the original process.

Photosynthesis begins when a chlorophyll molecule of a plant absorbs a photon (a packet of energy from sunlight). This launches a chain reaction, because the photon pushes an electron into a higher orbit off the chlorophyll molecule, which creates an energy imbalance, powering the entire process. 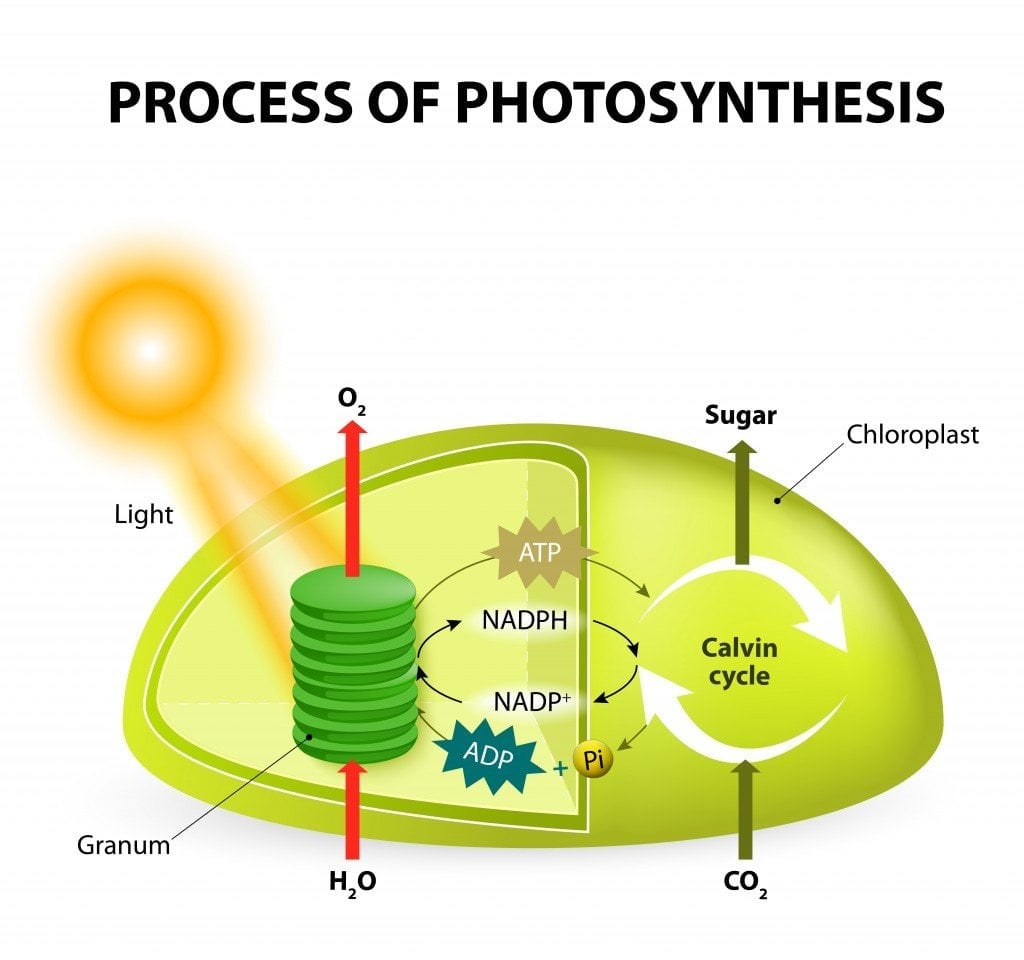 This energy is stored in the form of ATP, a packet of chemical energy that plants use for other essential functions). The basic reaction of photosynthesis is as follows.

The oxygen byproduct is essential for us to live (humans breathe oxygen, obviously), while the carbohydrate is the energy material used by the plant. While this is an extremely simplified version of the photosynthetic process, this is basically what researchers have tried to emulate in order to create artificial leaves.

Science Following in the Footsteps of Nature

Now, humans don’t have much use for ATP, given that we’re not plants, but we are fascinated by the potential of hydrogen, which is a pure source of energy. However, it is difficult to produce pure hydrogen (and expensive), due to the need to separate it from oxygen on the microscopic level. Water is the most readily available source of hydrogen on the planet, but those two hydrogen molecules are bonded to an annoying oxygen molecule, which makes H2O a poor source of energy.

Researchers at various institutions across the world, including Monash University in Melbourne and the Joint Center for Artificial Photosynthesis (JCAP) at Caltech, have developed an efficient solar-driven system for splitting water, thus creating powerful hydrogen fuels! In other words, they’ve created an artificial leaf! While the techniques at these different institutions differ slightly, the Caltech version is a bit further along, and deserves slightly more attention. Essentially, there are three parts to this artificial leaf – a photoanode, a photocathode, and a membrane. Sunlight strikes the photoanode, and that energy is used to oxidize water molecules, thus producing electrons, protons and oxygen gas.

The second component (the photocathode) then puts the protons and electrons back together (separate from the oxygen gas), thus forming hydrogen gas. The plastic membrane keeps the two gases separate, as they can explode if mixed and accidentally ignited. That sounds rather simple, right? Well, until now, solar panels have only been able to collect and store energy in a relatively inefficient way, and water played no part in the equation. When traditional semiconductors used in solar panels are exposed to water, they begin to rust or oxidize, thus making them unable to store energy or separate water molecules. These clever researchers added a microscopic layer of titanium dioxide onto the electrodes, which prevents corrosion from occurring, allowing for pure hydrogen gas to be collected.

The initial splitting of the water molecules does require a catalyst, which is typically quite expensive, but a cheap alternative (nickel) was discovered, which rapidly facilitates the division of water into hydrogen and oxygen. A final important piece of this puzzle is its self-contained nature. The anode and cathode are connected, as is the plastic membrane, so this new device is a single object that is portable and highly efficient, thus far retaining 10% of the solar energy it receives and converting it into hydrogen gas.

Why Does This Matter to Us?

The biggest threat to our species and planet is carbon emission, which is destroying our ozone layer and causing the planet’s temperature to rise to dangerous levels. This new system does not require carbon in any form, nor does it generate carbon as a byproduct. If we could spread this system to broader applications, we could potentially eliminate our dependence on fossil fuels, relying on the ultimate sustainable forms of energy – sunlight and water. Earlier artificial leaf technology has energy retention rates of less than 2%, and while 10% retention isn’t ideal, other researchers have shown efficiency rates as high as 22%! While worldwide distribution of this technology is still years or decades away, it comes at a crucial crossroads for the survival of our species.

Extending the lifespan of the device (currently less than 50 hours) and making it more cost-efficient are the future goals of artificial leaf technology, but proof of concept has been achieved, and the exponential improvements in energy retention rates are very encouraging.

This new device might not look much like a leaf, but scientists have finally found a way to harness the mysterious power of plants. This new discovery might just be the key to saving our species!

The short URL of the present article is: http://sciabc.us/NFdcT
Help us make this article better
Prev Article Next Article
About the Author: