A dog’s nose is always wet because it is constantly producing a thin layer of mucus to trap olfactory molecules. Additionally, licking their nose helps to keep it clean and healthy.

Whether or not you own a pup of your own, you probably know what it feels like to have a dog stroll over and press its wet nose on your skin. In fact, it seems like dogs are always being led around by their nose, sniffing out everything in sight. The most peculiar thing about a dog’s nose, however, is its perpetual moisture level. Except on rare occasions, if you touch a dog’s nose, it will almost certainly be damp. For millions of dog owners around the world, this is a source of perpetual curiosity—why do dogs always have wet noses? 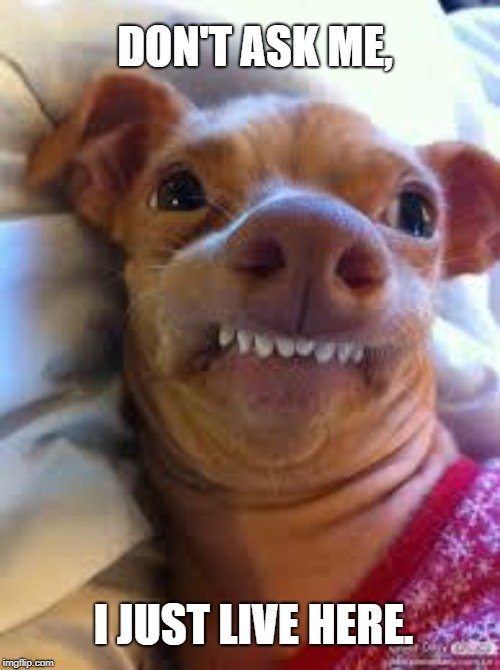 Before we can get into the answer to that question, we should probably take a quick look at a dog’s nose, and identify what makes this particular sense organ so important for our canine companions.

The Nose of a Dog

Nature has produced many remarkably adept organs and tools across the wide breadth of evolutionary accomplishment, but dogs’ noses stand out as something truly spectacular. The structure of their nose alone is worth noting, but its incredible olfactory powers is what makes it such a treasure.

Every time a dog breathes in through its nose, the air is divided into two separate pathways, one that goes into its lungs, and the other into the olfactory center. As compared to humans, who have about 6 million olfactory sensors working to identify the origin of a smell, dogs have more than 300 million. Although that is only 50x more in volume, their capacity for smelling is 10,000-100,000 times more powerful than a human. Furthermore, the area in the brain that analyzes and focuses on smells is significantly larger in dogs—more than 40 times larger, proportionally speaking. 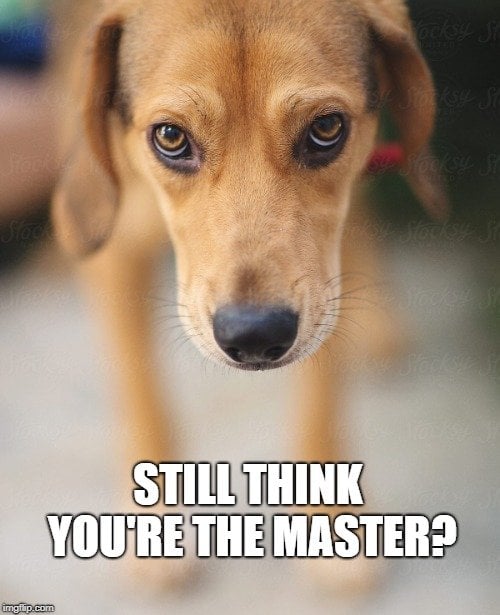 The complex olfactory region in a dog’s head allows air to pass through complex series of tissue folds that extract individual odor molecules and separate smells with exacting precision, allowing for the identification of hundreds of different substances with a single sniff!

Dogs also have an entirely different organ that we lack—the vomeronasal organ, which is what enables them to detect pheromones, helping them identify prey, predators, owners and strangers from long distances away. The structure and complexity of the dogs’ nose helped this species rise through the food chain, helped by its other impressive adaptations.

Why Do Dogs Have Wet Noses?

We may understand a bit more about the structure and power of a dog’s nose, but that still doesn’t explain its perpetual dampness. There are a number of reasons why your dog’s nose is wet—and needs to be!

When dogs draw air through their nose and into their olfactory region, that represents only one way that a dog is able to smell and detect things in its environment. A dog’s nose is wet because it perpetually produces a thin layer of mucus on the nose, which helps to trap olfactory molecules from the surrounding air. After sniffing at the air for a while, you will also see your dog’s tongue lap out of its mouth and give a sweep to its snout. The dog is essentially tasting those olfactory molecules by bringing them into its mouth and exposing them to the olfactory receptors present there. This gives a more comprehensive “view” of the surroundings for a dog. 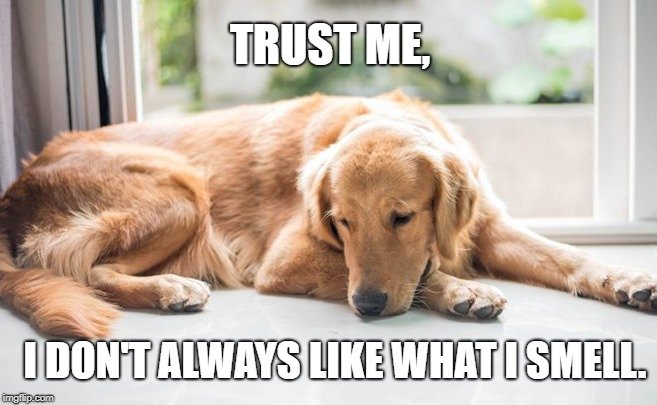 Furthermore, when a dog presses its nose into every nook and cranny of a room or park, their noses will inevitably get covered in dirt and debris. Licking their nose with their tongue is a way to keep their nose healthy and clean, while also keeping the nose damp with saliva and mucus.

Dogs have a number of ways to regulate their body temperature, most notably by panting their tongue, allowing moisture to evaporate and cooling the blood. However, their nose also fulfills a similar function. As air passes across the damp surface of your dog’s nose, it evaporates the moisture there, which can gradually cool a dog’s temperature, when necessary. This is one reason why you might notice a variation in the dampness of your dog’s nose, particularly between different seasons.

Although it may seem like a dog is listening to us when we decompress about our day, it doesn’t have a clear means of communication. Their nose, however, can often act as a sensor for their health; if you notice a rapid change in the moisture level of your dog’s nose, without an obvious reason, it could be a sign that they are dealing with an infection or dehydration. If the mucus level climbs significantly, or begins to crust over the nostrils, it is often a sign of a respiratory infection, and veterinary attention may be warranted. 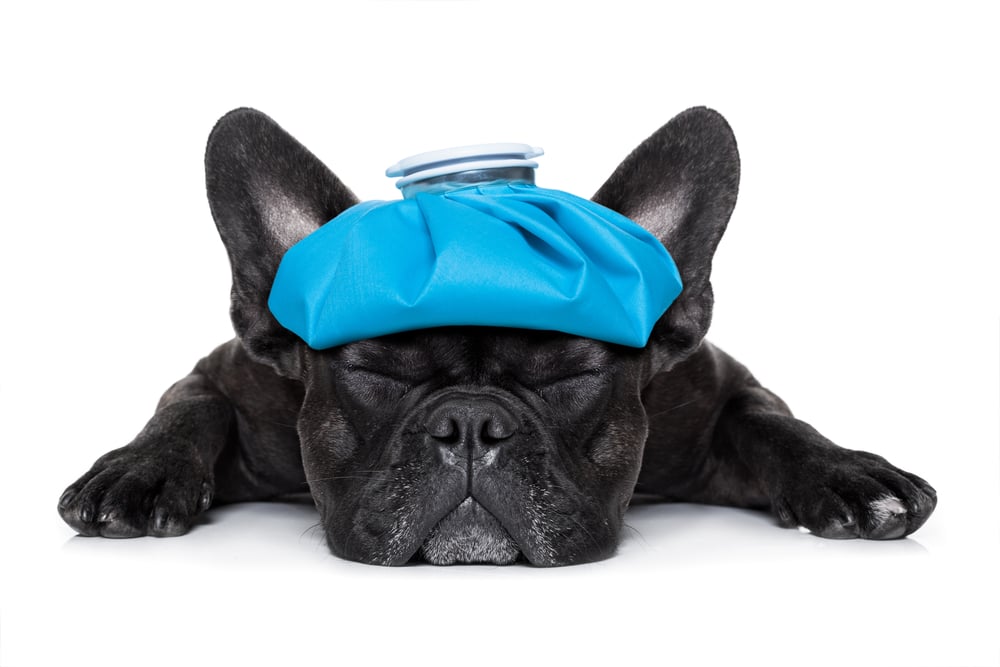 Is a Dry Nose A Bad Thing?

Some pet owners are concerned when they notice that their pup’s nose is drier than other dogs. However, it is important to remember that every species of dog is different, and this will affect the dampness of their nose. For example, dogs with small snouts are more likely to have a dry nose, as they won’t lick it as often, due to their small tongue. Larger dogs, however, with more pronounced snouts, will likely have a wet nose all the time, due to constant licking and the specialized advancement of their olfactory sense. 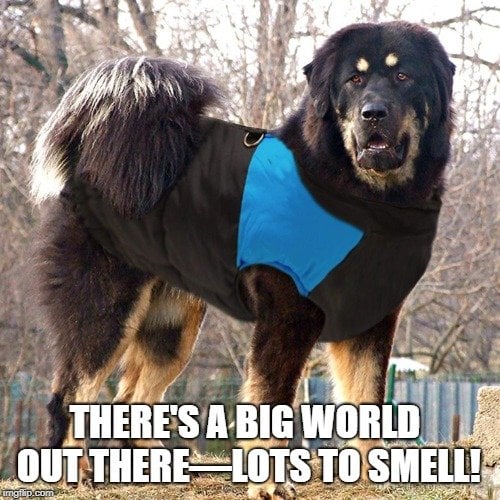 The only time you should worry about a dry nose on your dog is if they usually have an extremely wet nose. A sudden drop in moisture, or if your dog is ceasing to lick its nose, may indicate dehydration or some other, more serious shift in your dog’s health. Generally speaking, however, a dog’s nose will regulate itself and remain at a normal moisture level. After a long sleep (i.e., no nose licking) or in particularly dry environments (low humidity geographies), your dog will likely have a drier nose. Monitor the wetness carefully, but only seek out professional attention if the problem doesn’t remedy itself within a day.