There are a few hypotheses that attempt to explain this phenomenon, but the most popular ones relate to how dogs see us and how well they can hear us. Dogs tilt their heads to the side because their muzzle might block their view of people’s faces (mostly their owner) or to open up their ear canal so that they can better detect/understand sounds that they hear.

Dogs do plenty of cute things, and what makes them even cuter is that dogs almost never realize that they’re being cute! One of those wacky things is when dogs tilt their heads in one direction. 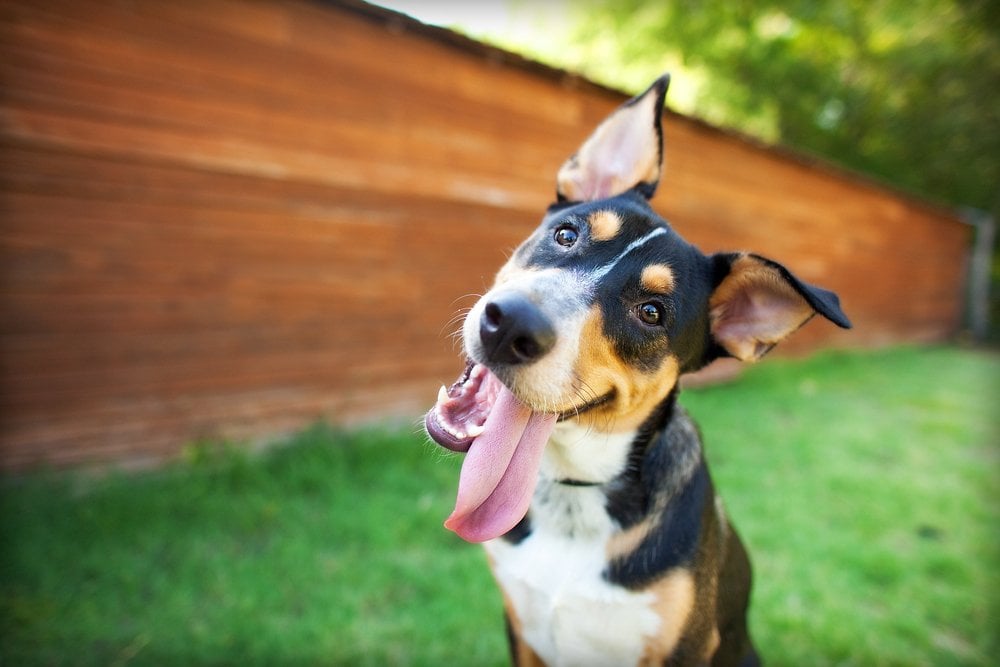 Although there is no specific ‘trigger’ that makes our canine companions tilt their heads, they usually do it in response to a sound, especially one that is unusual/strange. The question is, however, why do they do it? Why do dogs tilt their heads?

As it turns out, researchers (and dog lovers) don’t have a clear answer to that question. However, there are a few hypotheses that attempt to explain this phenomenon.

One of the most popular hypotheses about dogs’ head-tilting tendencies relates to how dogs see us. According to Stanley Coren, a Professor Emeritus in the Department of Psychology at the University of British Columbia, a dog tilts its head to the side because its muzzle might block its view of people’s faces (mostly its owner). 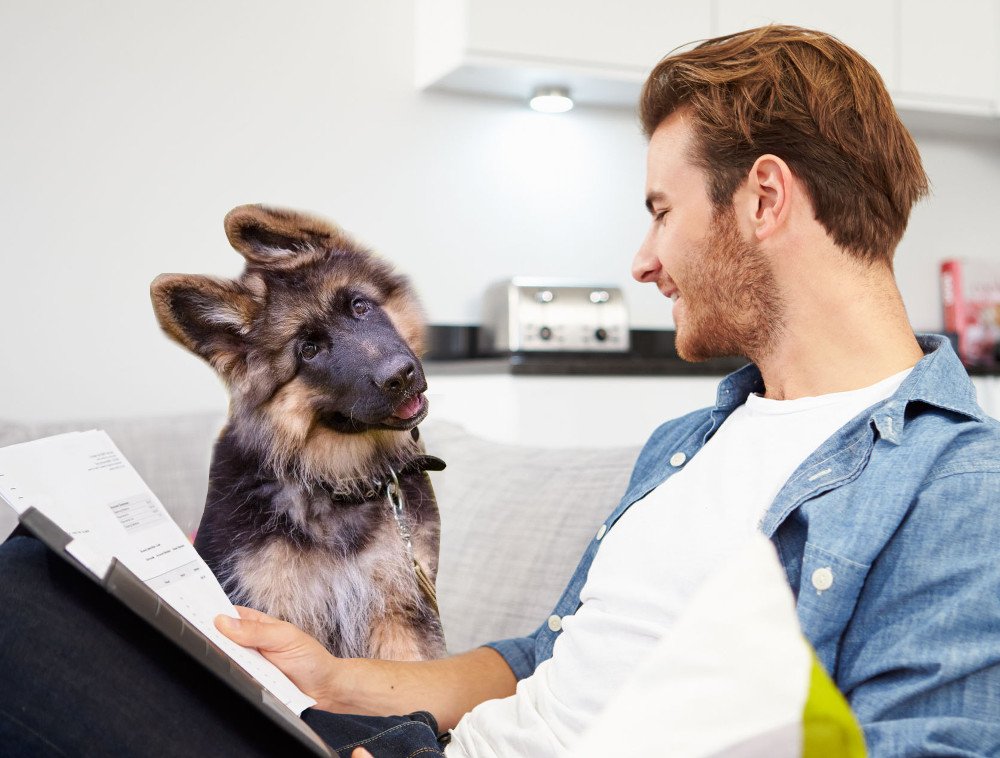 A dog might tilt its head to get a ‘better’ view of its owner face. (Photo Credit : Youtube)

After conducting an online survey that included responses from more than 500 dog owners about their dogs’ head-tilting habits, Coren concluded that the reason a dog tilts its head when the owner is talking to it is highly associated with its vision, rather than social endearment or its ability to hear sounds.

You might already know that dogs are very good at reading our facial expressions. In fact, dogs frequently read their owners’ faces to ascertain their emotional state. As such, it’s crucial for a dog to be able to look at their owner’s face ‘clearly’. This is where head-tilting comes in handy.

You see, the breeds of dogs that have a long muzzle often experience some inconvenience to get an unobstructed view of objects in front of them. To get a rough idea of what’s it’s like to have an ‘elongated object’ in front of your eyes, hold up your fist to your nose (as in the image below). 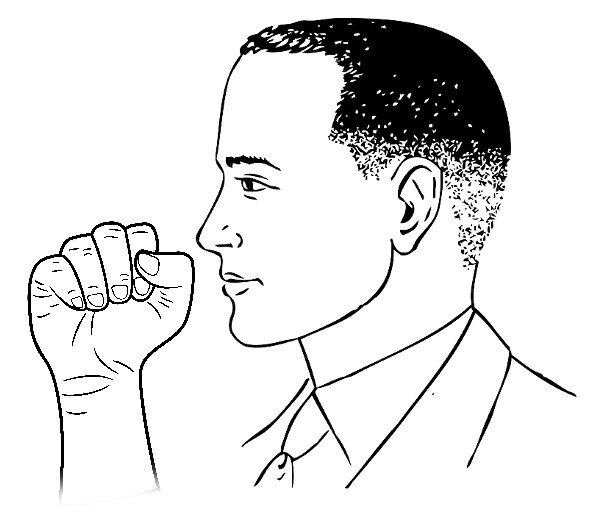 A rough idea of a dog’s obscured vision.

Since many breeds of dogs have a muzzle that hinders their view, the hypothesis that dogs tilt their heads to ‘better’ see and observe the facial features of their owners makes a lot of sense.

Another popular hypothesis that attempts to explain dogs’ head-tilting deals with their sense of hearing. You might already know that dogs can hear certain frequencies of sounds that humans cannot detect, but they’re not as good/efficient as humans at ascertaining the source of a given sound.

Experts say that many dogs tilt their head to hear us better. From a physiological standpoint, this movement helps open up their ear canal. The head-tilting is done in a bid to adjust the outer ear so that it can better detect/understand sounds that a dog hears.

That’s why your dog might tilt its head when you make strange or unusual noises. 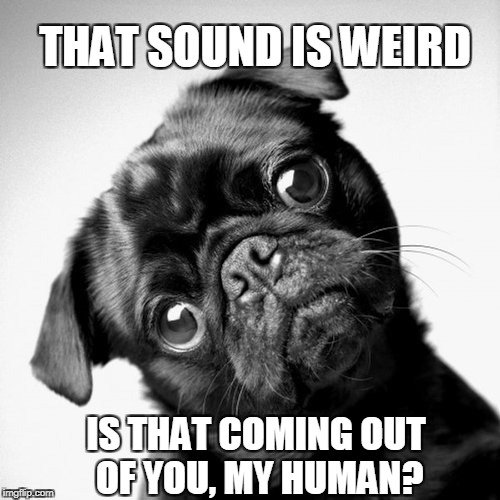 All in all, we’re not really sure why dogs tilt their heads while paying attention to something, especially when we talk to them. However, we know that regardless of the reason, that little gesture is irresistibly cute!