Many marine organisms, such as turtles, sharks and salmon, use the Earth’s magnetic field to navigate to their desired destinations.

71% of the Earth’s surface is water. Now imagine that you’re a fish, a shark, a turtle, or some other aquatic animal swimming in the vast oceans. How do you navigate through this enormous pool of water that stretches thousands of kilometers across the globe? After all, there are no road signs or maps to guide these creatures.

They manage to find their way with the help of a built-in compass attuned to the Earth’s magnetic field.

The Earth has a magnetic field generated by its core. For years now, scientists have been pondering how marine creatures know where to go and how to continue their journeys. For example, newly hatched turtles on land have never been to sea. Nevertheless, they know their way to the popular breeding and mating areas where they can catch up with their friends and relatives.

Studies have suggested that turtles use Earth’s magnetic field to navigate.

In 1957, Hans Fromme, a researcher at the Frankfurt Zoological Institute in Germany, noticed that the caged robins he kept in his office became restless, fluttering incessantly towards the southwestern part of the cage. This behavior lasted during the migrating season of the robins, who are known to migrate southwestwards to Spain for winter.

Fascinatingly, the caged birds had never been outside. Neither had they seen other free robins flying southwest, nor used other navigational aids like the sun or stars. So, what was guiding them in their distress?

Fromme thought it could be the Earth’s magnetic field.

Later, it was proven true that birds use Earth’s magnetic field for navigation, so what if marine life did the same?

This ability is called magnetoreception and, together with the built-in compass, shows the animals where south is by pointing at the magnetic north of the Earth. 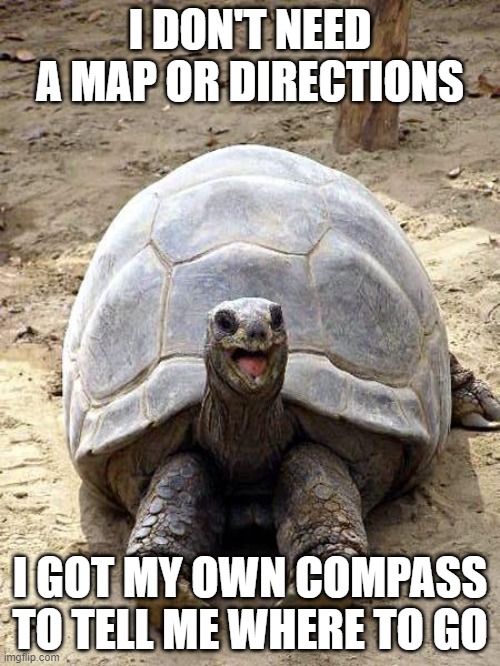 The happy turtle knows what journey awaits him.

One observation that puzzles scientists is that Earth’s magnetic field is “acting up”.

The molten iron inside the core is swirling around in different directions, causing the poles to flip. Basically, north is becoming south and vice versa. Don’t be alarmed, this is normal, and happens every few hundred or thousand years, but this time, it’s happening faster than usual. We don’t know when exactly it will happen.

On top of that, it appears that the magnetic field strength is weakening due to coronal mass ejections, the plasma bursts of the sun that have magnetic activity.

These erratic changes in the magnetic field can disrupt the navigational ability of all these animals. Their sense of orientation may be disrupted and they might find it more difficult to figure out which path to take during their migrations. 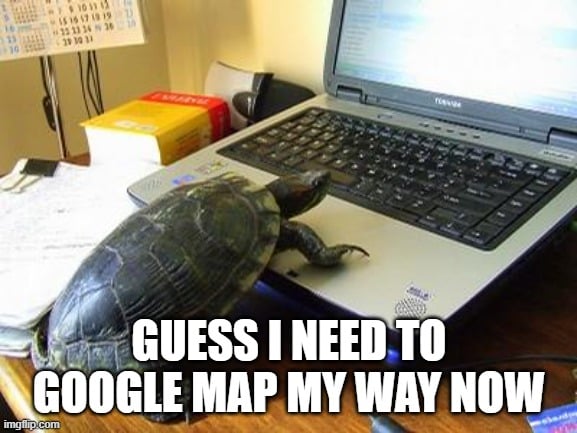 If only google maps were turtle-friendly.

Could this be one of the reasons why whales are increasingly becoming lost and ending up on land?

Biologists are still trying to figure out how animals are able to understand this magnetic information, but all we know is that many marine animals have been able to read this information since birth and do not need to be taught this ability in any way.

In the meantime, scientists are also trying to figure out why the Earth’s magnetic field is behaving so strangely. Animals will not only have a less accurate form of navigation, but so will we! Our satellites will also be affected by these changes, which will impact the navigation of our ships, airplanes and any map apps on our smartphones!

What can be said for certain is that we’re all highly dependent on the Earth having a stable magnetic field!