It’s not the color, but rather the movement of the cape and the bullfighter that makes bulls so angry. Moreover, the bulls used in bullfights are from a very aggressive breed and they’re raised in a way that any sudden movements will make these bulls angry and make them attack.

Bullfighting is one of the most popular and controversial customs in Spain. Every year in the summer, people flock by the thousands to see a bullfighter (matador) wave his red cape (muleta) in front of a snorting bull. The bull sees the flaming, arrogant red color and charge angrily towards it. Or so it seems from the stands.

We’ve always been told not to stand in front of a bull when wearing a red dress, or something along those lines, so what is it about the color red that makes bulls so angry? Let’s find out.

Why Does The Color Red Make Bulls So Angry?

Bulls don’t get agitated by the color red. In fact, there is very little evidence for any color aggravating bulls into causing damage.

Bulls, like other ungulates (animals with hooves), have dichromatic vision. They have two different cone cells, those cells in the retina that detect color. One type of cone cell detect short wavelengths (S-cone) that is most sensitive at 444 to 445 nm (blue/violet region). The other type of cone cells perceive medium to long wavelengths at around 552-555 nm (yellowish-green).

In their paper, ‘Color Perception In Fighting Cattle’, Riol and colleague point out that though the fighting bull’s aggression might be directed at the muleta, the color of the muleta shouldn’t be disregarded completely. In their study though, the bulls showed no aggressive behaviour when showed the red color.

In 2007 though, Discovery Channel’s show Mythbusters put this myth to the test. They made bulls charge at three dummies dressed in white, blue and red. The bulls had no preference for the red dummy. They simply charged ahead towards the dummies. 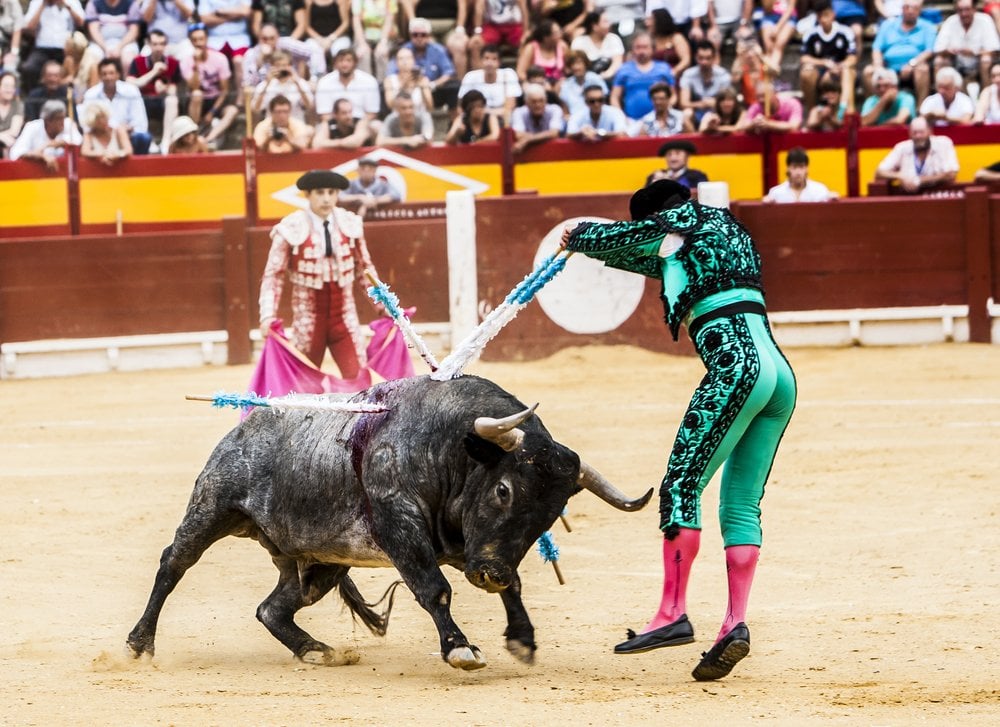 But that makes no sense, why does a bull lose its temper and come charging at a matador like it wants to shove him through a wall?

Also Read: Why Is Red The Color Of Alarms And Signals?

It’s All In The Movement!

It’s not the color, but rather the movement of the cape and the bullfighter that makes bulls so angry. Moreover, the bulls used in bullfights are from a very aggressive breed and they’re raised in a way that any sudden movements will make these bulls angry and make them attack. These breeds of fighting bulls are bred and raised to be aggressive, especially in enclosed areas from where they can’t escape.

Why Is Red Color Used In Bullfights? 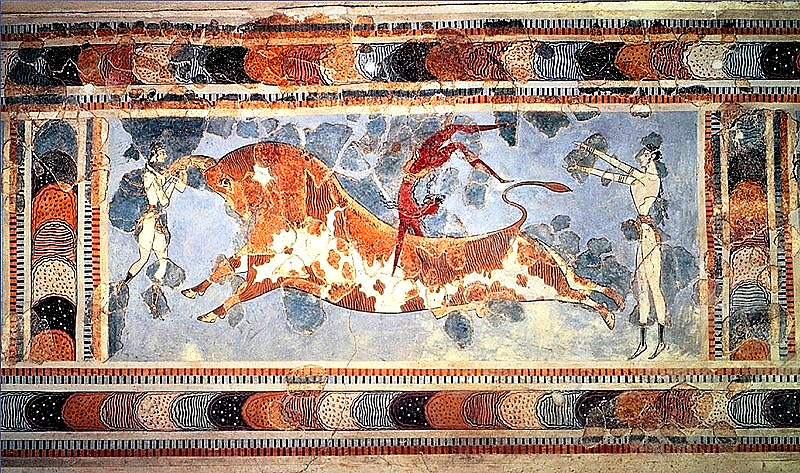 A red-colored cape is used purely as a matter of tradition. In fact, there are three stages in bullfighting and the red cape is only used in the last stage. Also, the red color of the cape helps mask the blood of the bull as it is fended off by the matador.

Our modern view of bullfighting is one of a bloody and violent sport. Tracing back through history, these fiestas have held much significance, from cultural to religious. Bullfighting dates as far as 2000 BC, displayed in paintings found at Knossos in Crete, Greece. The sport spread through the Roman Empire, becoming especially popular in Iberian Peninsula, in Spain, Portugal and Andorra.

But it was not until the Moorish invasion of Spain in 711 AD, and later Francisco Romero of Ronda in 1726 that bullfighting became what it is today. The Moors gave bullfighting a ritualistic flavour, breeding animals for the purpose and introducing the cape, an extension of the bullfighter. But it was Romero that brought the muleta, the aggravating red cap, to the sport.

In 2015, Spanish government released figures that only 9.5% Spaniards went for a bullfighting event. Many experts are worried that this tradition, vibrant and respected since the time of the Roman Empire, is dying. Many have raised points of bullfighting being inhumane to the animal and many are demanding children be banned from viewing the violent sport.

But one can’t deny that there is a certain grace and power that bullfighters display when they tame the aggressive bull they fight. The color red, though, has nothing to do with it.

How much do you know about bulls and their association with the red color?