The diving bell spider has all the features of a typical terrestrial spider, but is known to live underwater. In fact, diving bell spiders are so good at living underwater that they have to come up to the surface of the water for air only once a day. It usually preys on crustaceans (e.g., Daphnia and mosquito larvae) and aquatic insects.

The diving bell spider is one of the very few species of spiders that are known to reside almost entirely underwater. Also known as the water spider, it is a rather interesting member within its own species, as it is used as inspiration for a bubble capture mechanism. 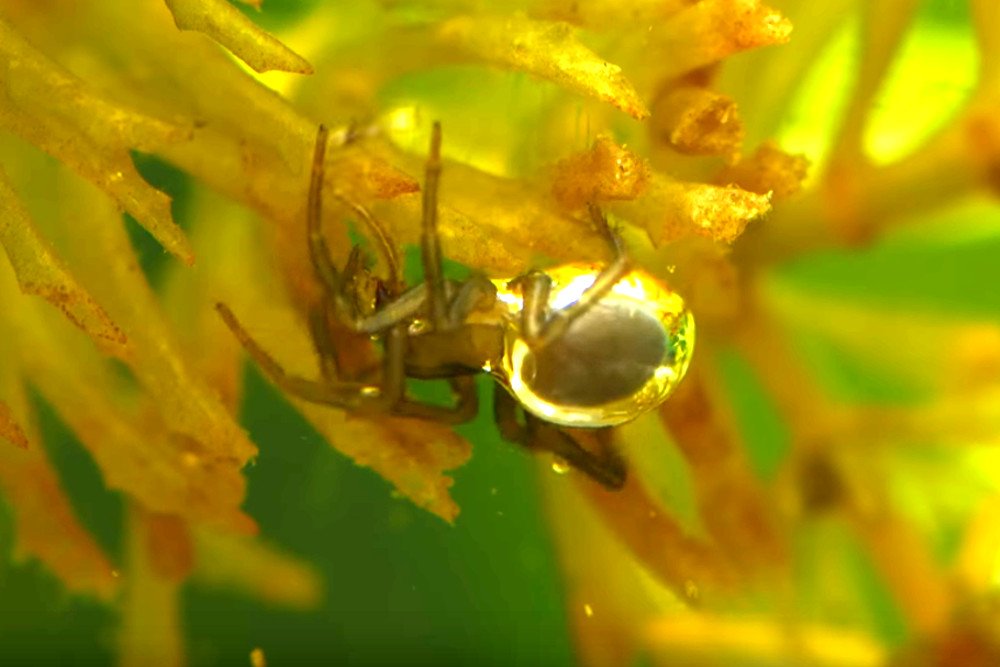 Interestingly, the diving bell spider has all the features of a typical terrestrial spider, but is known to live constantly underwater, hence its unofficial name. In fact, diving bell spiders are so good at living underwater that they have to come up to the surface of the water for air only once a day.

Outside of the water, the diving bell spider has a dark velvety abdomen and a brown cephalothorax. Underwater, it has a silvery appearance due to the air bubble that surrounds its abdomen. 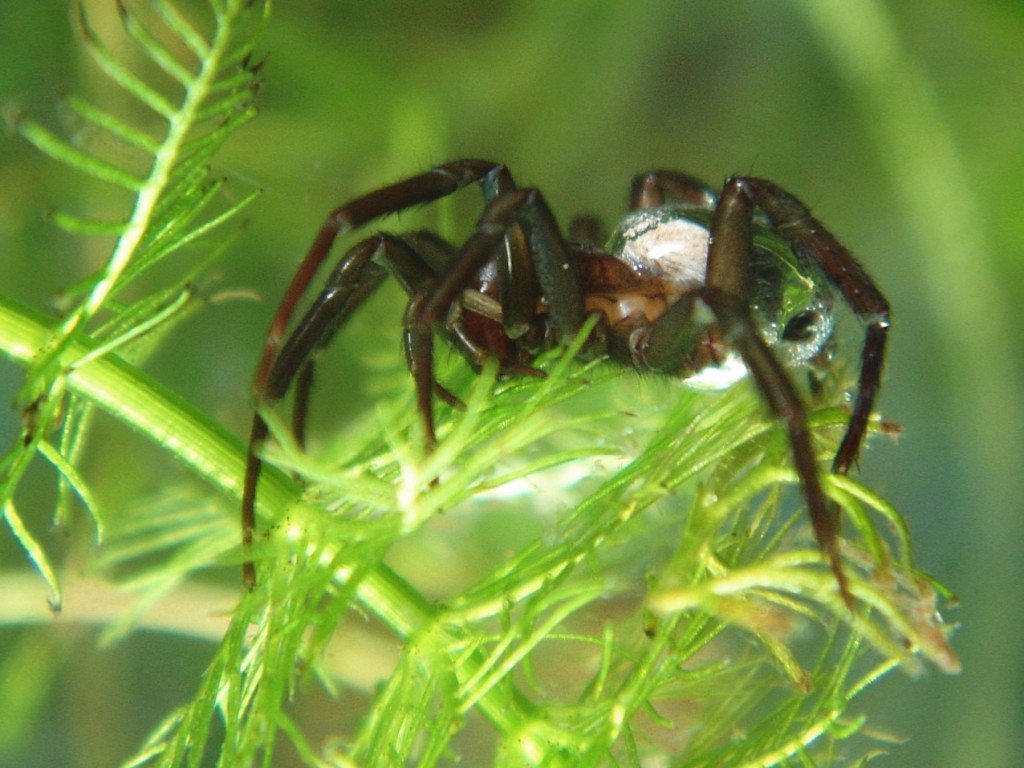 The respiratory organs of the diving bell spider are located around its abdomen. (Photo Credit : Norbert Schuller / Wikimedia Commons)

Like all other spiders, the water spider’s abdomen is covered with hair, which the spider uses to to capture an air bubble around its abdomen. Females have shorter chelicera, a shorter pair of front legs, and a shorter body shape than males, which is what gives males diving superiority over females.

The diving bell spider lives underwater for the vast majority of its life. It needs plants as attachment sites after diving down in the water and as anchors for its ‘bubble nest’.

These spiders are found to live in ponds and eutrophic lakes, marshes, slow-moving streams of water with relatively low pH and dissolved oxygen concentration, as well as swamps.

The diving bell spider’s bite is known to be quite painful. It usually preys on crustaceans (e.g., Daphnia and mosquito larvae) and aquatic insects. There are no known harmful effects of the diving bell spider to humans, except for their particularly painful bite.

Its fangs can pierce human skin, which could potentially cause fever and localized inflammation. 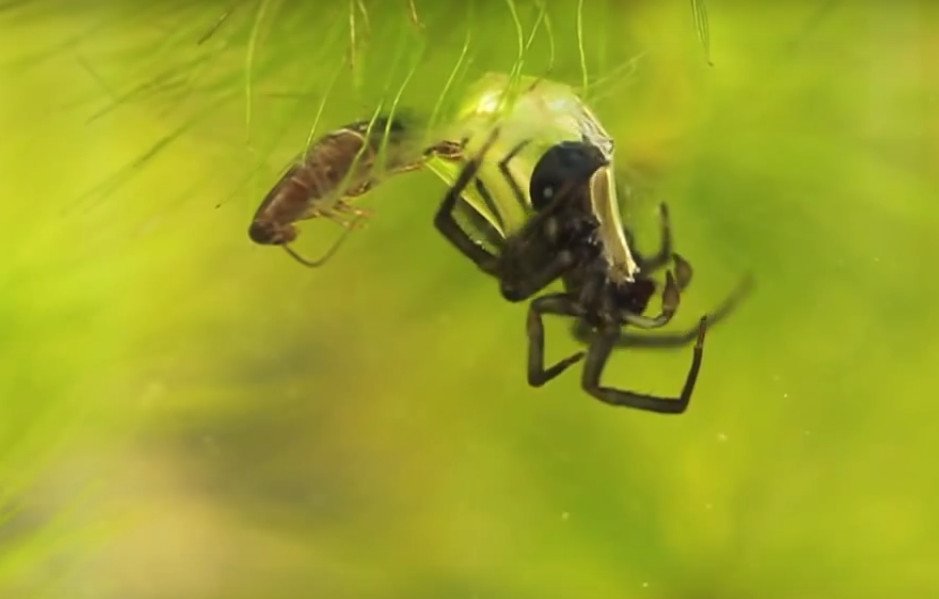 The bite of a water spider can be quite painful. (Photo Credit : Youtube)

How Does The Diving Bell Spider Breathe Underwater?

Most species of spiders, as you may already know, are known to live on land, but this one (along with a few others) spends most of its life underwater. How does it do that?

The diving bell spider actually lives underwater in what appears to be a homemade “diving bell”. It works like this: the spider comes to the surface, traps a bubble of air, and then dives down again to release this bubble under a ‘canopy’ – a shelter that’s made by a silk sheet fastened horizontally between submerged stems of water plants with silk binds.

Also Read: What Is The Clock Spider And The Legend Surrounding It? 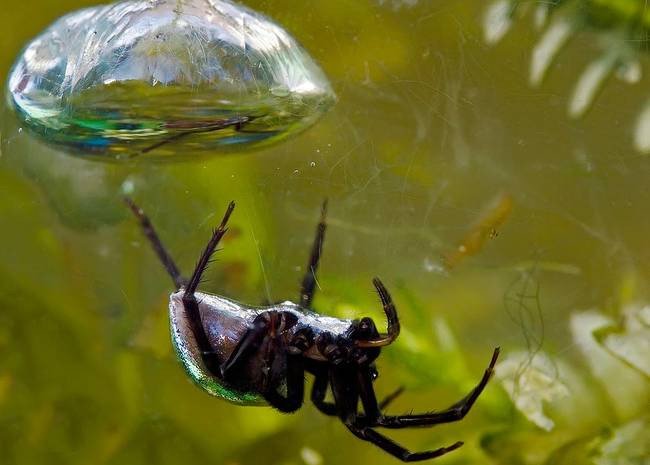 Notice the diving bell of the water spider.(Photo Credit : Youtube)

This silk sheet looks like a deep umbrella top. This is where the diving bell spider actually lives, eats, rests and reproduces throughout the course of its entire life. Whenever it runs short of air, which doesn’t happen as frequently as it would happen in our case, it simply makes a trip to the surface to grab another air bubble. 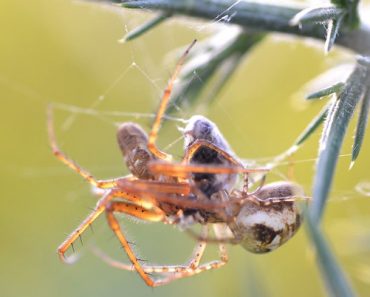