Range anxiety is the fear that you will run out of battery or fuel before you can reach a charging/fueling station. It is primarily associated with electric vehicles.

Imagine that you’re on a long drive in your new car. As you’re cruising down the highway, you get a beep—your battery is low. No, it’s not your smartphone… it’s your car.

As you may have guessed by now, your new car is an electric one. You hurriedly rush to locate the nearest charging station, but you can’t find any nearby—at least not close enough to reach the charging station with any remaining battery juice. This is the peak of range anxiety.

What is range anxiety?

Range anxiety is the fear that you will run out of battery or fuel before you can reach the charging/fueling station. Range anxiety is primarily associated with electric vehicles (EVs), which run on batteries. Although it can certainly occur in gasoline-powered vehicles, given that we already have established networks of gas stations in most countries, the chances of experiencing it are negligible.

That’s not the case when it comes to this new breed of electric vehicles. Pure electric vehicles don’t need petrol or diesel to power themselves. Rather, they work on batteries, and these batteries come with a limited range in terms of distance, typically less than what you get from a filled tank in gasoline-powered vehicles. Once you exhaust the battery, you’ll need to recharge it again to propel your vehicle any farther. Now, the problem is that charging an electric car is not as easy as refueling with gas from a gas station. Unless it’s connected to a high-powered fast charger, car batteries need several hours to fully charge.

In a study conducted in 2019 by Cox Automotive, more than 80% of consumers were hesitant to buy an electric vehicle because of range anxiety and the higher purchase cost. Indeed, range anxiety is real, especially in countries with underdeveloped electric infrastructure.

We have grown accustomed to conventional internal combustion engine (ICE) vehicles for more than a century. Thus, there is a robust network of gas stations in most countries. In the US, an average American is just 4 minutes away from a gas station. Meanwhile, an average American lives 30 minutes away, on average from a Tesla charging station. Tesla accounts for nearly 80% of electric car sales in the US, so looking at the statistics, the development of range anxiety is unsurprising.

Another problem that exacerbates range anxiety is heterogeneous charging plugs. There are several different types of charging plugs for electric cars like SAE J-1772 (or J-plug), CCS (combined charging system), CHAdeMO, etc. Besides these, Tesla has its own proprietary plug (supercharger), which works exclusively on Tesla cars for DC fast charging. 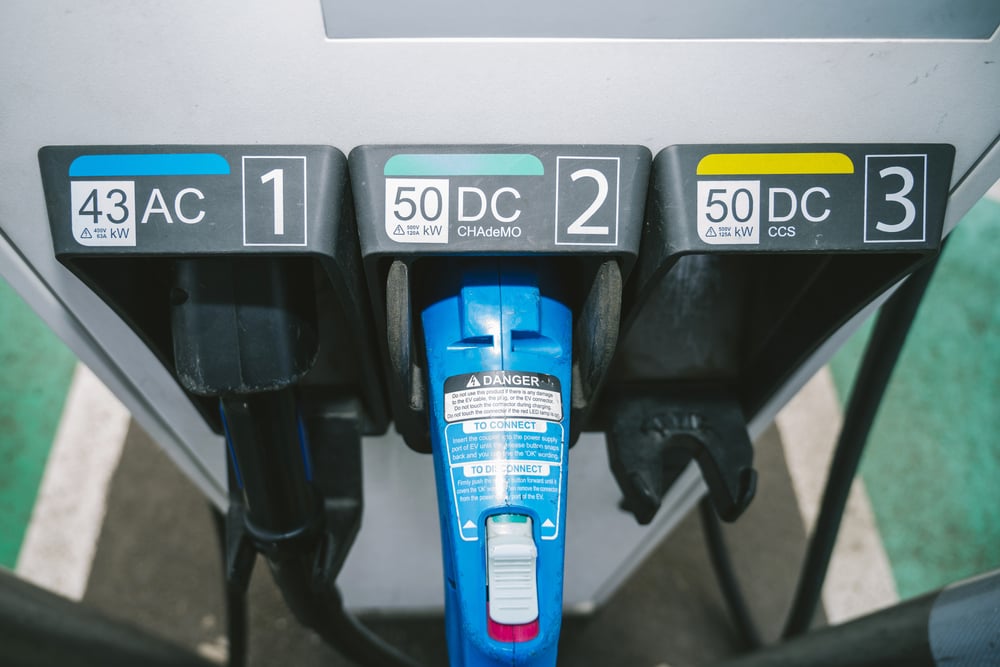 Electric vehicles are something that governments across the globe want to promote because they are cleaner, have fewer moving parts, and are quieter than conventional vehicles. In fact, pure electric vehicles do not have a tailpipe, so there is no carbon dioxide emission while driving an EV.

However, range anxiety is one of the problems that is getting in the way of mass adoption of EVs, alongside the high purchase cost. So, how can we reduce this range anxiety associated with electric vehicles? So, how close are we to achieving this? Two popular electric cars, the Tesla Model 3 and the Chevy Volt, offer around 260 miles of range. Expensive models like the Tesla Model S can go above 400 miles per charge. However, the average electric car right now gets around 200 miles, which is likely to improve as newer electric vehicles with much better ranges hit the market.

Normally, charging an electric vehicle with one’s electric supply at home takes 8 to 12 hours to fully charge an electric car. However, the good thing is that electric cars these days come with fast-charging options. Remember that the average consumer would want charging under 31 minutes to alleviate their range anxiety? Well, Tesla is getting close!

The Tesla Model 3 can charge 83% of the battery in 31 minutes using Tesla’s proprietary DC fast chargers. That roughly translates to a 200-mile range in 31 minutes. Remember that this is using special DC fast chargers and the range is projected for ideal conditions. Charging speed and range in real life is likely to be less.

Need for a robust electric infrastructure

Thus, we’re not very far from achieving the range and charging time that would help in allaying people’s concerns regarding range anxiety. What’s actually lagging is the availability of robust and reliable charging infrastructure. For example, if you want to directly drive from Dallas to Denver using an electric car, you can’t do this without taking a significantly long haul. On that trip, there’s a 226-mile stretch between Amarillo, TX and Trinidad, CO where there is no availability for DC fast charging. Although Tesla has vowed to plug this gap by installing a supercharging station in Clayton, that won’t solve similar problems of sparse fast-charging networks elsewhere in the country. 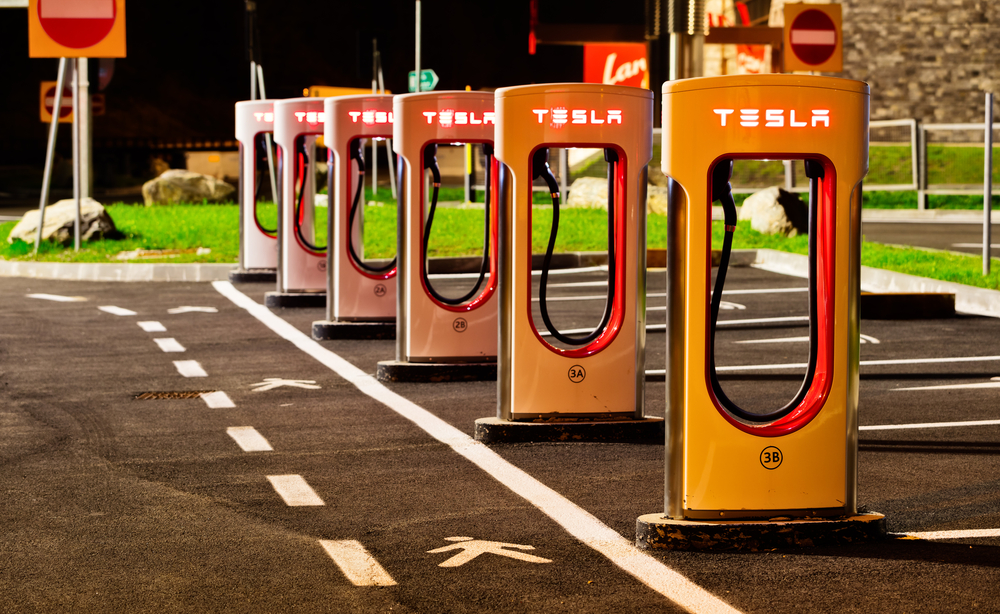 This problem is not limited to the US alone. Consider the example of Australia. One can’t easily travel from Perth to Sydney in an electric car due to sparse electric charging infrastructure between those two major cities.

So, with fast-charging technology and an increasingly improved range, electric vehicles do inspire some confidence in consumers to adopt EVs. What would diminish people’s EV range anxiety is a well-established network of electric chargers comparable to—or better than—gas stations. And guess what? Even oil companies like Shell and Chevron are investing in electric stations!

Developing electric infrastructure to ensure the smooth charging of EVs is a complex process. Companies need to decide how much power would be required, what kind of charger they need, and where to install them. Even if they figure this out, they need to ensure that their model is scalable.

It’s difficult for individual companies to reach the scale that is required to instill consumer faith in EVs and dispel range anxiety. Even if they do, there could be the case of a format war, like different charging ports making it difficult to charge different EVs with a common charger.

Government need to play a more active role in establishing the right infrastructure to ensure that EVs can smoothly move through the world and travelers don’t have to perpetually drive with the anxiety of their battery running out in the middle of their trip!