The universe is a vast place and there is an inconceivable amount to explore. However, the floating abodes in the universe are astronomically far away from one another. Recently, the Voyager 1 achieved something phenomenal — it escaped our solar system and is now deemed to be the man-made object that has made it the farthest from Earth… It left earth in 1977!

The problem seems quite obvious — chemical propulsion systems or conventional rocket fuels are tragically feeble or time-consuming when the intention is to explore other celestial systems. The velocities generated by these traditional fuel sources are minuscule for such far-flung strides.

Hypothetically, if a flyby probe were to capture a glimpse of a new planet – possibly an inhabitable one – when it crosses the solar system’s boundary in its march towards nothingness, naturally, baffled astronomers would attempt to study it by sending a dedicated probe. However, it would take that plodding spacecraft around 40 years, which is more than the half an average human life span, to reach its destination and get any results. A curious 50-year-old astronomer might miss out on the most important discovery in the entire history of mankind. 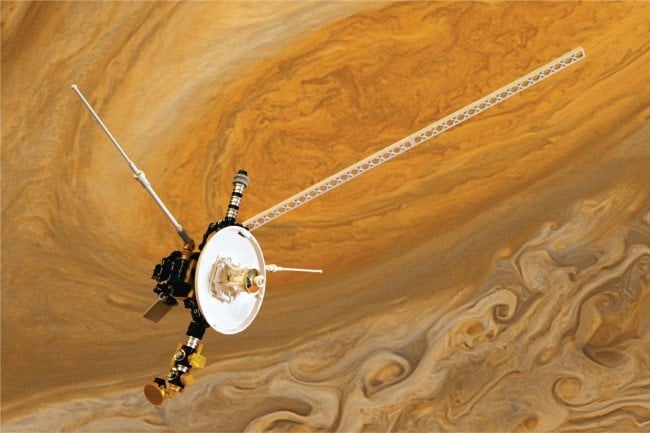 We need something new. Where a spacecraft currently takes around 300 days to reach Mars, a new technology claims to be able to make the journey in 3 days! Rather than vehemently burning fuel, this technology opts to utilize the ceaseless shower of photons from the ever-present sun to thrust itself across the vacuum of space. This extremely efficient and innovative method of propulsion is called photonic propulsion. Before getting into the details, however, there is one basic question that almost everyone asks about this technology…

How does light impart a force on a probe when it has no mass?

Nothing can travel faster than the speed of light. This limit on the speed of every object is imposed by its mass. Photons are the fastest-travelling entities in the universe because, well, they don’t have any mass. However, light still possesses ample momentum. Light falling from the sun onto our skin disturbs its atoms by imparting heat and momentum, but the changes are so small that they are imperceptible. 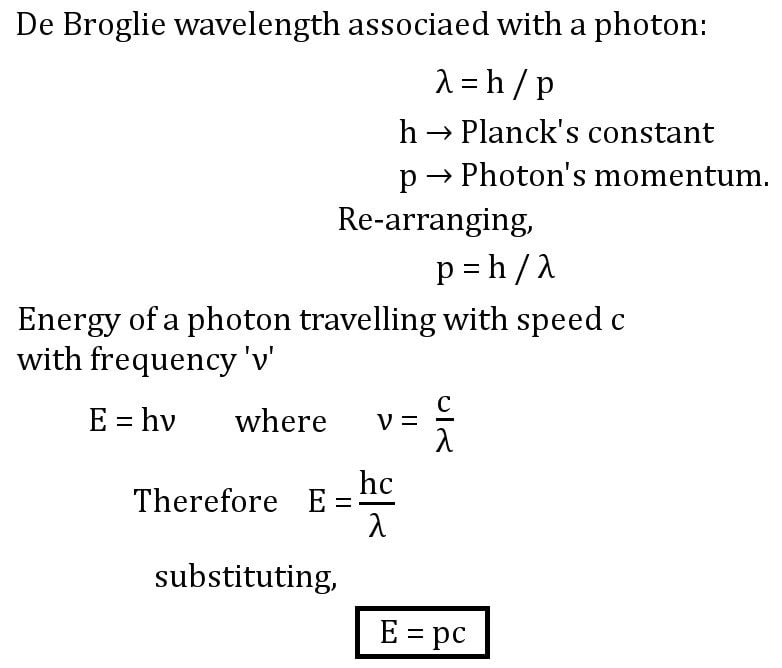 The effects are negligible because the particles are scattered — they assail your skin in a random, divergent pattern. Compare that to a laser’s succinct, incisive nature. That incisiveness is the result of a cluster of a billion billion photons crammed tightly together, converging or concentrating their energy and momentum at a single point. Exposure to radiation such as this exerts pressure on its recipients, known as radiation pressure.

So not only does the blinding light radiated from the sun possess energy and momentum, but it can also transfer it and displace other objects with the pressure, in the case, an entire spacecraft!

Solar sails are composed of highly reflective, ultra-light and ultra-thin materials that essentially form a gigantic mirror. The sheets are generally made by using aluminum or another suitable plastic as a starting product. In the weightlessness of space, radiation pressure is translated to force, which can be increased by increasing the surface area of a sail. This is why solar sails are very large in size, typically thousands of square meters.

How do they work?

Their function is exactly what their name suggests. Photonic propulsion is very similar to how a boat sails downward (in the direction of gusty winds) in an ocean. The boats use a sail that “catches wind” to thrust forward. Similarly, photonic propulsion systems require a solar sail to “catch light”. 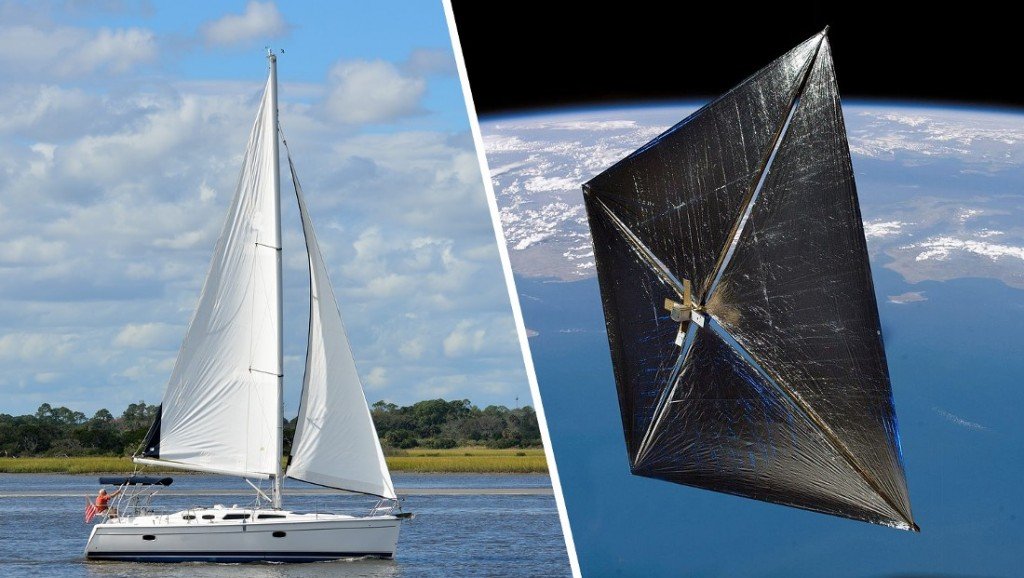 The incoming exuberant photons exert a force on the sail particles. The particles, dutifully obeying Newton’s 3rd law of motion, exert an equal and opposite force back. This is analogous to a cue ball hitting an 8-ball in a game of pool, such that both of them travel in different directions following the head-on collision. This is also why solar sails are made up of highly reflective materials — to ensure that not a single speck of photon incident on the sail is absorbed.

Astronomers are also planning to use high-energy laser sources to make sure the probes do not slow down as the sunlight dims with distance or moves behind a sturdy asteroid. The laser source can be suspended in mid-air just above the Earth or even in the orbit of a faraway planet, pointing its torch directly onto the sail’s repudiating surface.

However, one constraint is the source of energy for this source itself. Calculation show that the energy required might be equivalent to the power used by the entire world today! Moreover, the sail would have to be the size of Texas! 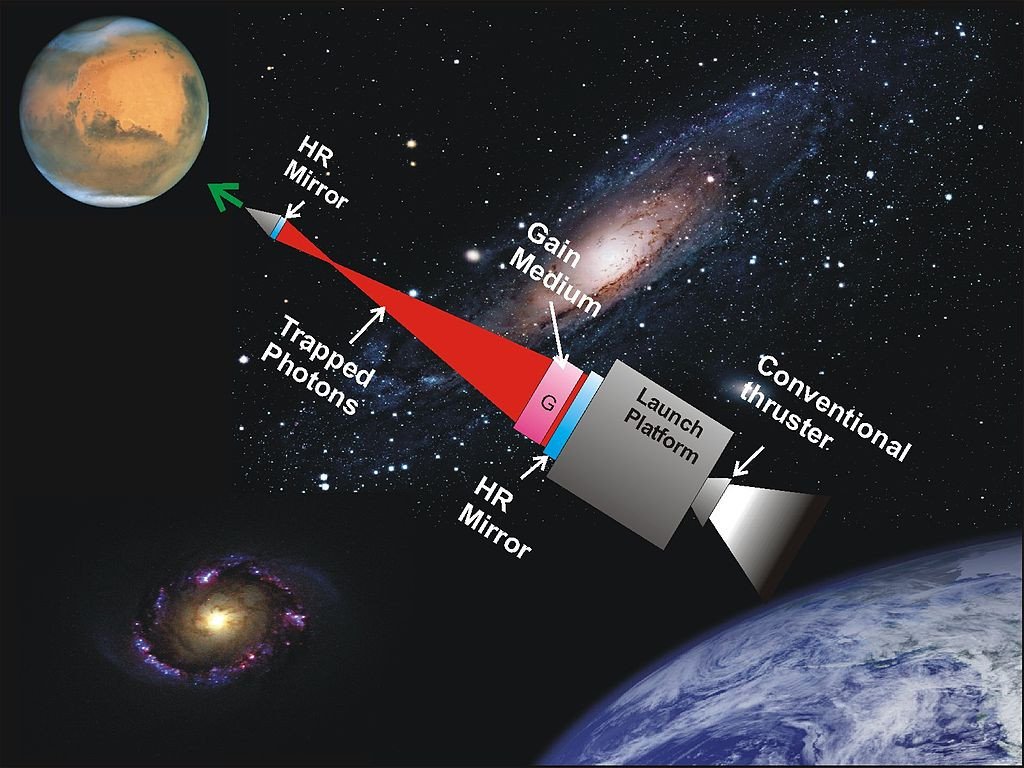 Why would it only take us 3 days to reach Mars?

Given enough time, a spacecraft equipped with a solar sail will eventually accelerate to much higher speeds in comparison to rockets propelled by conventional techniques. The speeds have been estimated to reach 30% the speed of light. To put that in perspective, Voyager 1 traveled at 0.0007% of that universal speed limit! That is truly an unbelievable leap.

At speeds so enormous, one could question the spacecraft’s handling. The key to steering a boat is generating an asymmetric thrust, and scientists have come up with a similarly ingenious solution to tackle this puzzling obstacle. The sails can be powered by a voltage that, when applied to particular regions, will kill off their reflectiveness by darkening them. At that point, rather than reflecting light, those regions would absorb it. 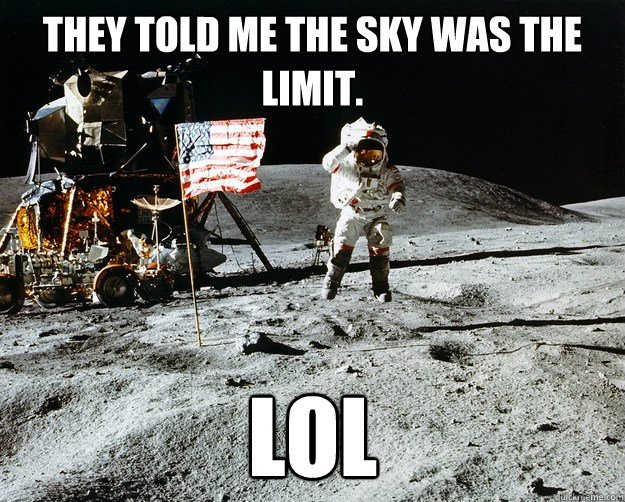 This would provide the impression of tilting a sail to turn the boat’s course. Solar sails can also be literally tilted to steer a probe, but that would require some additional mechanical components emulating boat masts.

The concept of photonic propulsion isn’t something new. The idea had already been conceived by the 1920s by a few Russian rocket scientists. However, ultra-thin and lightweight sails couldn’t be integrated with the heavy equipment that spacecrafts were supposed to carry on an exploration/study trip outside of our planet. The force of propulsion moving a probe throughout its course is a linear function of its mass — heavier masses are more difficult to displace; simply put, lighter objects will travel faster.

But the advent of semiconductor technologies and the miniaturization of electronic components finally substantiated this idea. Due to the electronic revolution, a probe powered solely by photons could successfully carry enough equipment with it to take pictures, study chemical compositions, and get information on the kinematics of a celestial body.

The reduced size of components also makes the size of solar sails more reasonable and not typically enormous. With outstretched sails and an imperceptible box in the middle, from a distance, the probes might provide the impression of shining space kites. 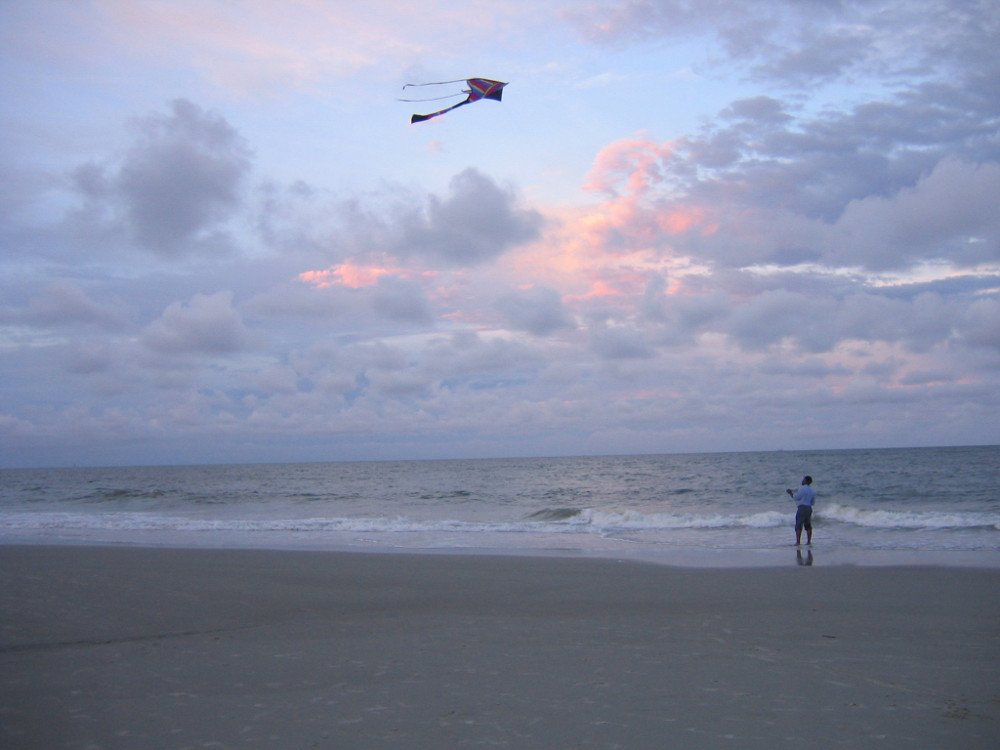 In May 2010, a Japanese space agency illustrated the feasibility of solar sails and photonic propulsion for extraterrestrial ventures. A test craft hitched a ride with the Venus probe Akatsuki. The craft was called the Interplanetary Kite-craft Accelerated by Radiation Of the Sun (IKAROS) and was released into space by the probe when it was 4.3 million miles away from Earth. Six months later, it made history when it successfully flew by Venus. It was nothing short of a monumental feat.

Scientists now plan to use this mode of propulsion to embark on even more courageous journeys, such as missions to Alpha Centurai, the closest star system to our solar system, without the hassle of burning any fuel. Also, contrary to the gradual and tedious ascent of traditional space travel, these spacecrafts will be moving at almost one-third the speed of light.

Since the sail doesn’t use any fuel, we can keep thrusting as long as the sun is shining!