Home
Technology
Could Lab-Grown Eyes Be A Boon For The Visually Impaired?

“Almost nothing need be said when you have eyes.”
― Tarjei Vesaas, The Boat in the Evening

One simply cannot disagree with the above sentiment. We know nature by the graceful outlines of mountains, the winding paths of rivers, and the sheer beauty of the open sky. All of these perceptions are based on what we see with our eyes. Can you imagine the artistry of nature without having first seen it? Sadly, some people are forced to live a life in darkness. A great number of people all over the world suffer from conditions that cause them to lose vision, either partially or fully.

In cases where there is severe damage to the eye, enucleation (surgical removal of the eye) is carried out. Everyone who undergoes this procedure must then wear an eye patch or a bandage. People more commonly prefer going for an alternate procedure that allows an artificial eye (ocular prosthesis) to act as a substitute for the real eye. Nonetheless, the prosthetic eye is not functional. Think about how frustrating it would be to have an eye that couldn’t see!

Remember Mad Eye Moody from Harry Potter? His prosthetic eye was so much fun! It could even see through the back of his head! In our muggle world though, a prosthetic eye does not restore vision. It is only used to improve the appearance of the affected eye socket, and to prevent the tissues in the eye socket from growing to fill the empty space. Taking a cue from the wizarding world, scientists have been engaging in extensive research to find ways to make the visually impaired see. There have been reports of scientists making an “eye in a dish”, i.e attempting to grow an eye in a lab. Though growing a complete, functional eye in vitro seems far fetched, the first steps towards making it a reality have already been taken. And let me tell you, the results are far more promising than anyone could have ever thought!

The History of Prosthetic Eyes

Artificial eye-making has been around since ancient times. The very first ocular prostheses were made by Egyptian and Roman priests as early as the fifth century BC. They called them “Ectblepharons“. In those days, artificial eyes had to be worn out of the socket. They were made of enameled metal or painted clay and had to be held in place with a cloth. In the year 2006, some archaeologists in southeastern Iran unearthed a skeleton with a prosthetic eye. This skeleton is believed to date back to 2900 BC, which provides evidence that prosthetic eyes were used in far more ancient times than 500 BC. The skeleton was of a female and the eye in question was made out of clay and covered with a layer of gold. Tiny holes had been drilled into both sides of the eye. Gold thread used to be passed through them, which held the eyeball in place. It is assumed that this woman was a priestess and used the eye to convince people she had occult powers and could see into the future. It wasn’t until about twenty centuries later that in-socket artificial eyes were developed. Initially, they were also made out of gold with colored enamel. Then, in the latter part of the sixteenth century, the Venetians started making artificial eyes composed of glass (hence the term “glass eye”). These eyes, being very rudimentary, were uncomfortable to wear and very fragile. However, the Venetians continued making them and kept their methods secret until the Parisians took over in the late eighteenth century.

How Were Glass Eyes Made? The images below can give you a pretty good idea! How are prosthetic eyes implanted today?

Today, however, glass has been replaced with hard acrylic. A prosthetic eye moves, but not as swiftly as a healthy eye. The pupil in a prosthetic eye also does not change in response to light, so the two eyes may appear unequal at times.

After surgical removal of the damaged/affected eye and complete healing, an ocularist (a specialist in prosthetic eyes) makes wax impressions of the front of the eye socket. Based on this impression, a custom prosthetic eye is built that fits over the ocular implant. A prosthetic eye includes an oval, whitish outer shell that is finished to match the white color of the other eye. A central round portion is then carefully painted by hand to look exactly like the iris and pupil of the other eye. Before fitting the prosthetic eye; an ocular implant (a hard, round device), is surgically and permanently embedded deep in the eye socket. Prior to embedding, it is often wrapped with living tissue or a synthetic cushioning material. An ocular implant helps in maintaining the volume of the eye socket. The prosthetic eye then fits over this implant. But as mentioned before these prosthetics are artificial and have functional limitations. Does the future look bright?

Scientists have already managed to grow eye cells (retinal cells) in a lab. Controlled environmental conditions play a very important role here. These cells are extremely delicate and prone to contamination. Lab-grown cells have been shown to respond to light in a way similar to the cells in the eye. And thus, we have already been successful in creating the beginnings of an eyeball, in a laboratory!

An in vitro development of organic prosthetic eye is an improvement over the existing technique and research in this field, although relatively new, has already shown promising results. The underlying principle of growing an eye in vitro is to use embryonic stem cells. These cells are pleuripotent, which means that they can develop into any tissue of the body.

In a study carried out in 2014, embryonic stem cells were developed into retinal cells, which further developed into three-dimensional bodies. These cells were then exposed to pulses of light. According to the results obtained, lab-grown cells responded to light the same way as they do in the human eye.

Diseased or dead retinal tissue could soon be replaced by fully functional lab-grown cells to aid in restoring vision. This is something that has not been achieved to date. Scientists have been successful only in generating the outer portion but fully restoring vision is a bigger game. However, if successful it would provide hope and a higher quality of life to many individuals who suffer from compromised vision.

The short URL of the present article is: http://sciabc.us/qpvFP
Help us make this article better
Prev Article Next Article
About the Author: 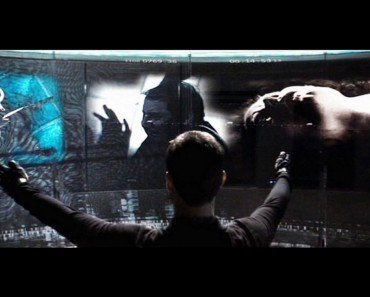