“A cooling system is designed to take excess heat away from an engine, thereby allowing it to function at the normal operating temperature.”

The combustion of fuels is a highly exothermic reaction, meaning that a large amount of heat energy is released when fuels are burnt. For instance, a petrol fire can be as hot as 1500 degrees, and can release 45 mega-joules of energy per kg of petrol. This is enough to melt aluminum and cast iron, both of which are popular materials in the production of car engines. Even so, we can effortlessly cruise down the motorway in the same car for years on end without the engine escaping from beneath the hood as a hot smoldering mess. Let’s explore what makes this possible! 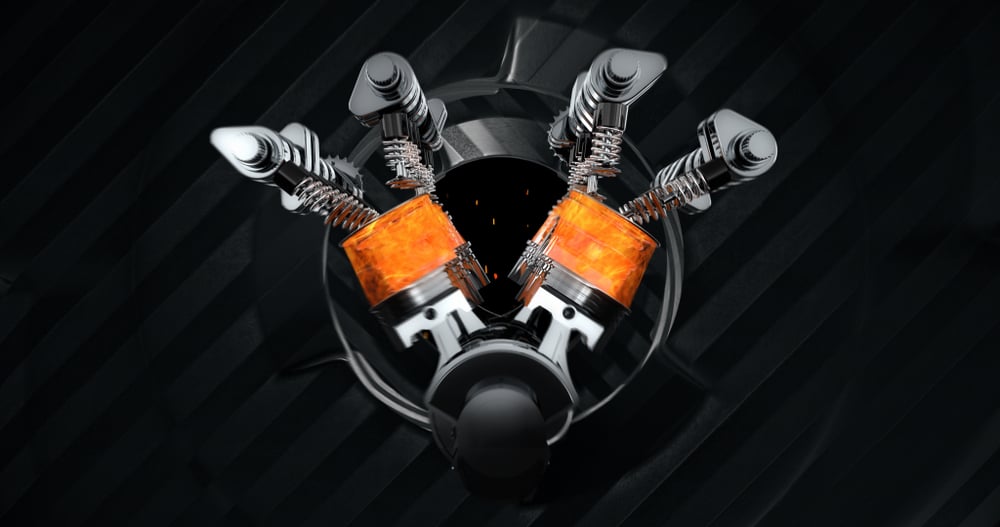 Energy Expenditure In An Engine

When fuel is burnt in a controlled environment—in our case, an engine—not all energy is converted to useful work. A typical energy ledger in an engine looks like this:

2. Heat lost to cylinder walls due to conduction – 30%

Heat lost to the cylinder walls, however, does not exit the system, which can result in overheating of the engine.

The ignition of combustible charge in an engine is synchronized with instantaneous positions and the movement of components like valves and pistons. An overheated engine causes the charge to pre-ignite, even though the pistons are not in the correct position, resulting in the ignition being ineffective in contributing to piston movement. This leads to an overall decrease in engine efficiency.

Prolonged pre-ignition and exposure to near-melting point heat cycles can result in permanent deformation of the engine components, shortening its life significantly.

Excessive heat tends to burn off lubricating oils within the piston, causing them to seize within the cylinder.

Thus, all engines are equipped with a cooling system that enables optimal performance by displacing excessive heat.

Based on the media that extract excess heat to direct it away from the engine, there are two types of cooling systems: 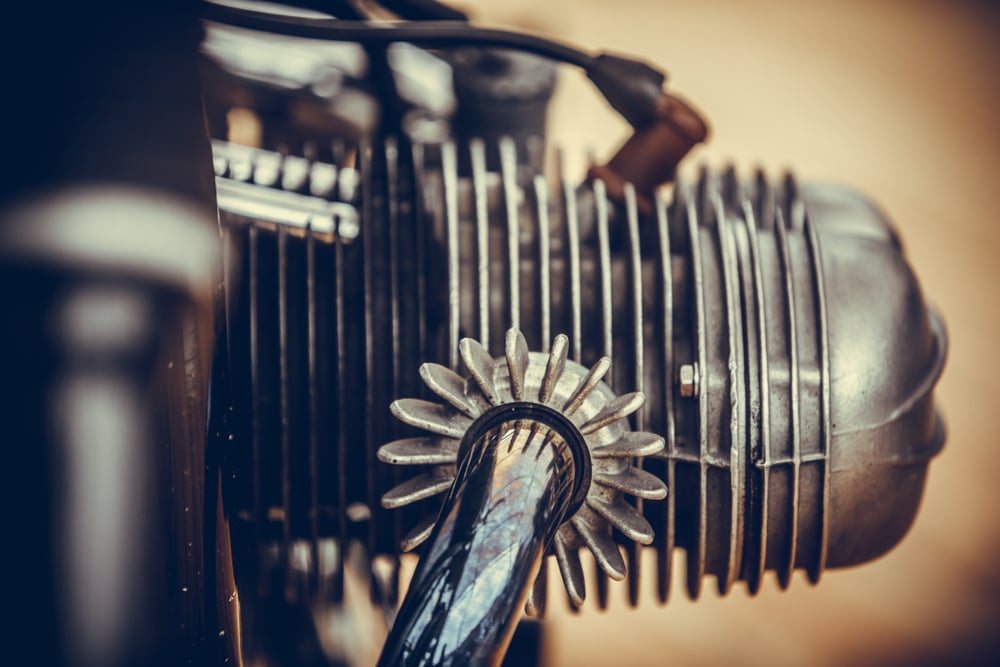 In air-cooled engines, the significantly cooler ambient air is directed around the walls of the cylinders to extract heat. Effective cooling can be achieved by increasing the surface area of the engine that is in contact with the air. This is facilitated by the inclusion of extended surfaces, called fins, around the barrel of the cylinder.

Air-cooled engines are typically found in motorcycles and some old cars.

i. Lighter in construction, as they are a part of the engine block

ii. Can be operated in extreme climates where liquid cooling is not possible due to the risk of freezing

iii. Easier to maintain due to simpler architecture

i. Not very efficient, as it is not easy to maintain uniform cooling throughout the engine

Also Read: What Are Natural And Forced Induction In Internal Combustion Engines?

ii. Can be noisy to operate

iii. If a fan is used to draw in fresh air, it can consume a significant amount of power from the engine to run 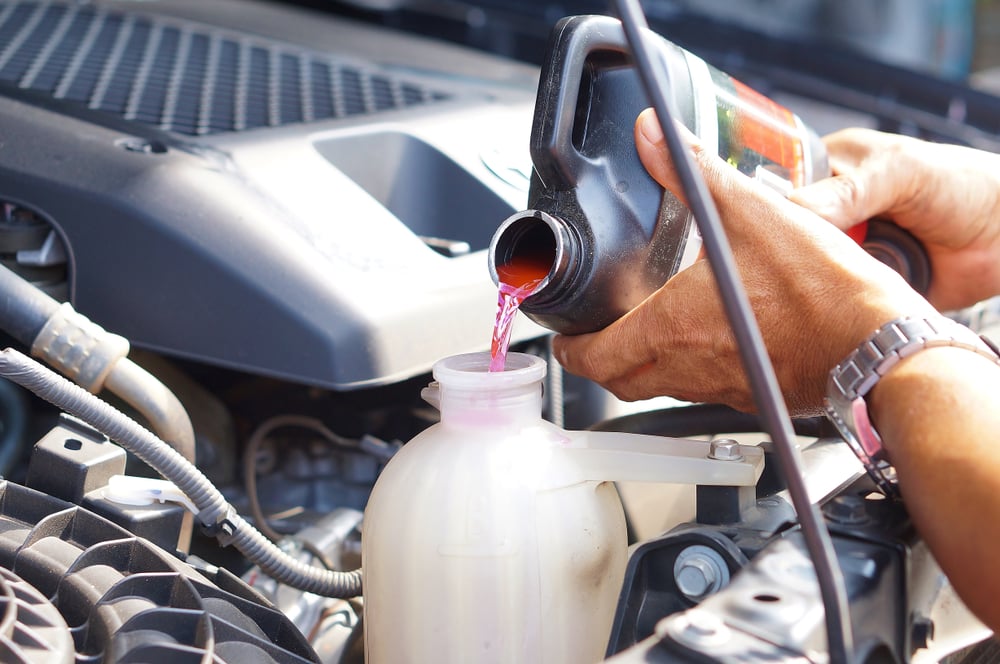 A coolant circulates in the engine’s cooling jacket to keep it from overheating (Photo Credit : SiNeeKan/Shutterstock)

Such engines have a dedicated cooling architecture in the form of cooling jackets that are integrated with their structure. These jackets contain a ‘coolant’ that absorbs heat and flows out of the engine to a heat exchanger. The heat exchanger, also known as the radiator, draws in cool ambient air by means of a fan to reduce the temperature of the hot coolant and recirculate it into the engine in a cycle. Water-cooled systems are ubiquitously found in all cars and in modern high-performance motorcycles too.

iii. The position of the radiator can be established based on personal convenience

i. Bulky and maintenance-demanding system

ii. Chemical composition of coolant must be accurate, otherwise it can lead to the corrosion of cooling jackets

iii. A minimum coolant level needs to be maintained 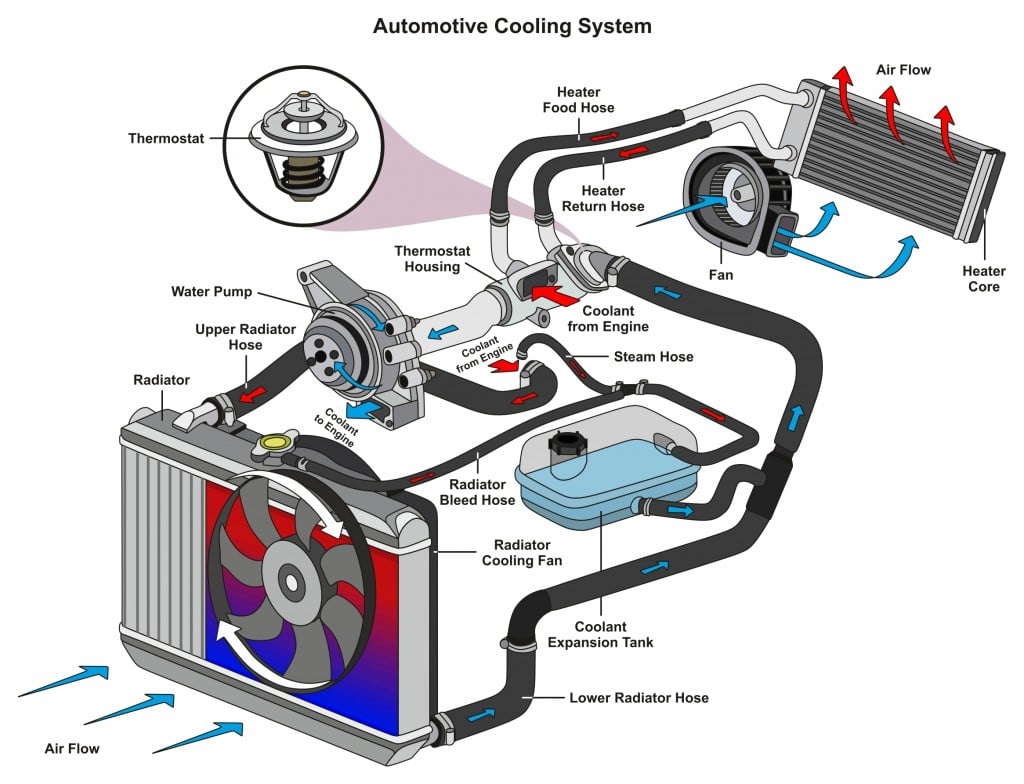 A variant of liquid-cooled engines is the oil-cooled engine. It uses the lubricating engine oil as the working fluid that goes to an oil-cooling heat exchanger. While such as system is not bulky and relatively inexpensive to maintain, it cannot be effectively deployed on multi-cylinder engines. Thus, it is found in moderate-performance motorcycles and is often used in conjunction with air cooling.

3. Engine oil gets viscous with decreases in temperature. This causes it to resist piston movement, which translates to more energy being expended to overcome piston friction. 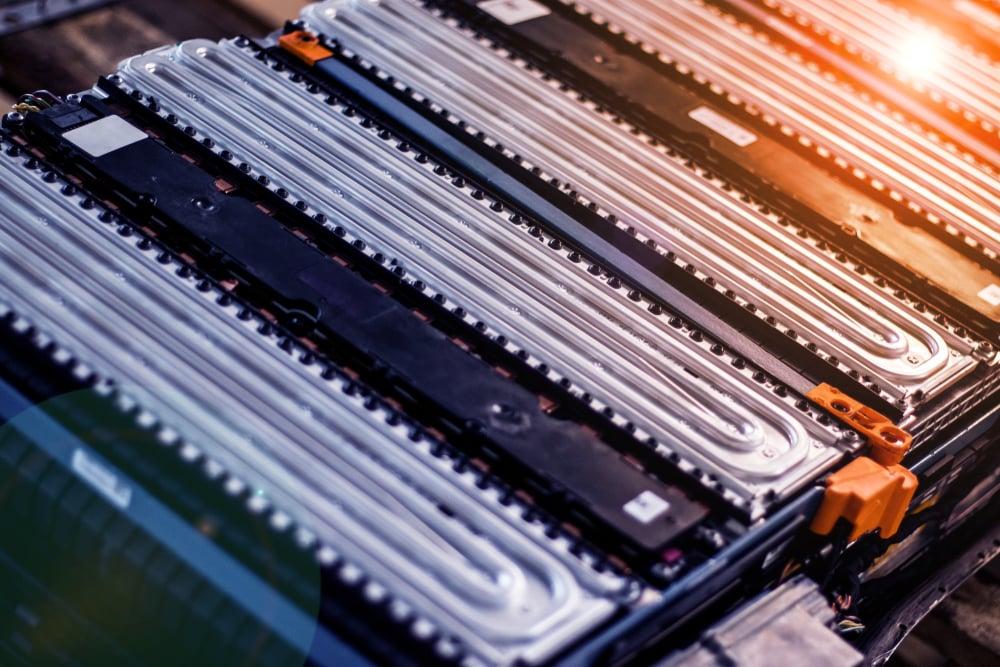 Liquid-cooled battery packs like these are deployed in electric cars (Photo Credit : P5h/Shutterstock)

Cooling systems in electric cars are quite similar to those in the internal combustion engines discussed above.

Also Read: What Is Carnot Cycle Or Engine?

However, ongoing research has led us to believe that air cooling is not a very effective solution for the heat generated during the discharge of batteries. Liquid cooling in battery packs can be achieved by completely submerging them in non-conducting coolants, or surrounding them with cooling channels.

However, as electric vehicles are in a nascent stage of development and variety, it is too early to comment on the complete nature of their cooling, which is bound to change as battery technology continues to advance. 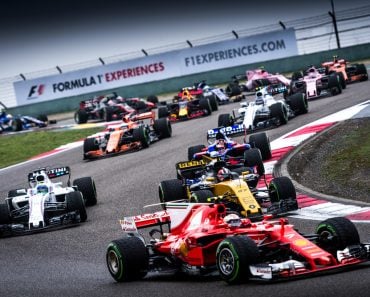 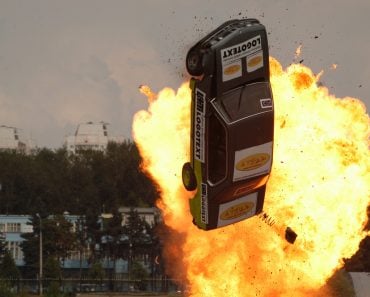