The technology used for this is a concrete blend that is full of bacteria hidden in tiny capsules. This healing principle is based on our body’s mechanism of healing bones through mineralization. Essentially, researchers tried to employ this same principle to concrete. The concrete was mixed with limestone-producing bacteria and it was observed that the cracks formed in the concrete were patched over.

The onset of rains is a good sign for the planet as a whole, because water signifies life. However, for the citizens of metropolitan cities, rains can spell disaster. Trains get delayed, as there are so many people using public transport that it seems like every citizens has decided to come out of their houses simultaneously and take a journey. Worst of all, the roads basically become motocross racetracks, making them dangerous and nearly impassable.

Over the years, we have shifted from asphalt to concrete in terms of road-building. Despite that, nothing is resistant to weathering. No matter how well a material is mixed, the concrete will always crack and degrade.

What Causes Cracks and Potholes?

Numerous factors play a role in the formation of cracks and potholes. The biggest enemy is water (the life-giving entity does have its evil side). 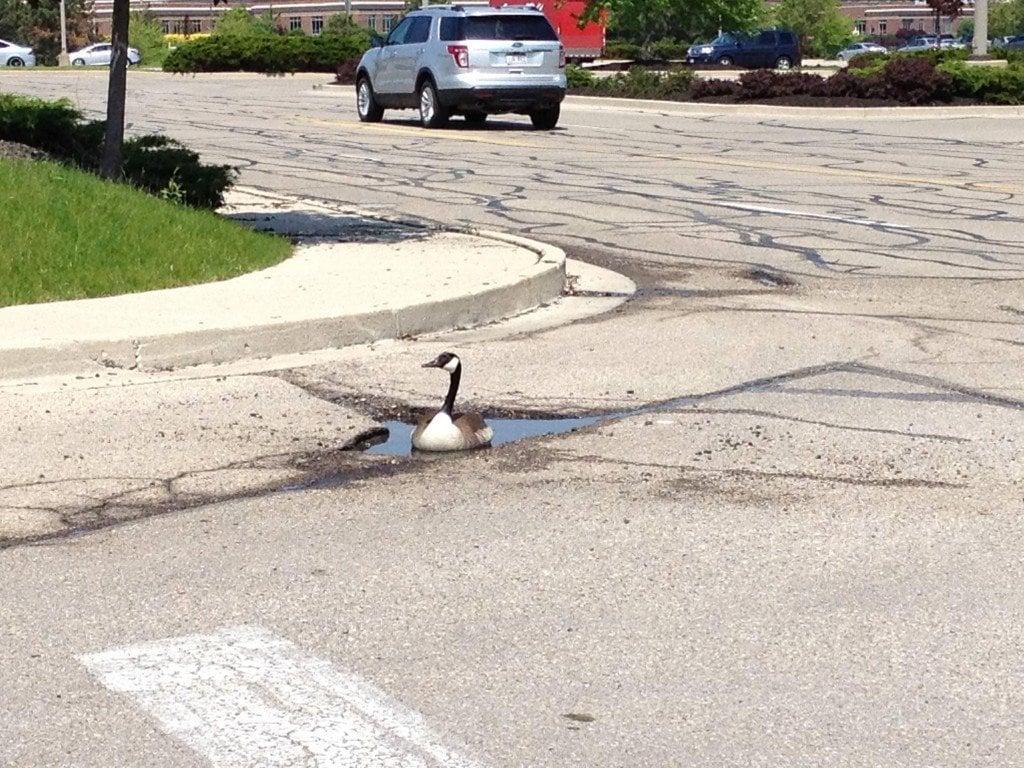 A goose finds solace inside a pothole.

When water accumulates beneath the pavement, it weakens the underlying soil. The sustained stress due to the flow of vehicular traffic weakens it further, until it crosses its breaking point, thus leading to the formation of potholes. In severely cold areas, frost can damage the pavement, thus carving out an opening for water to enter.

Potholes form during monsoons in the tropics, as well as in the spring season in temperate zones. These potholes cause severe damage to vehicles by reducing their structural integrity considerably. 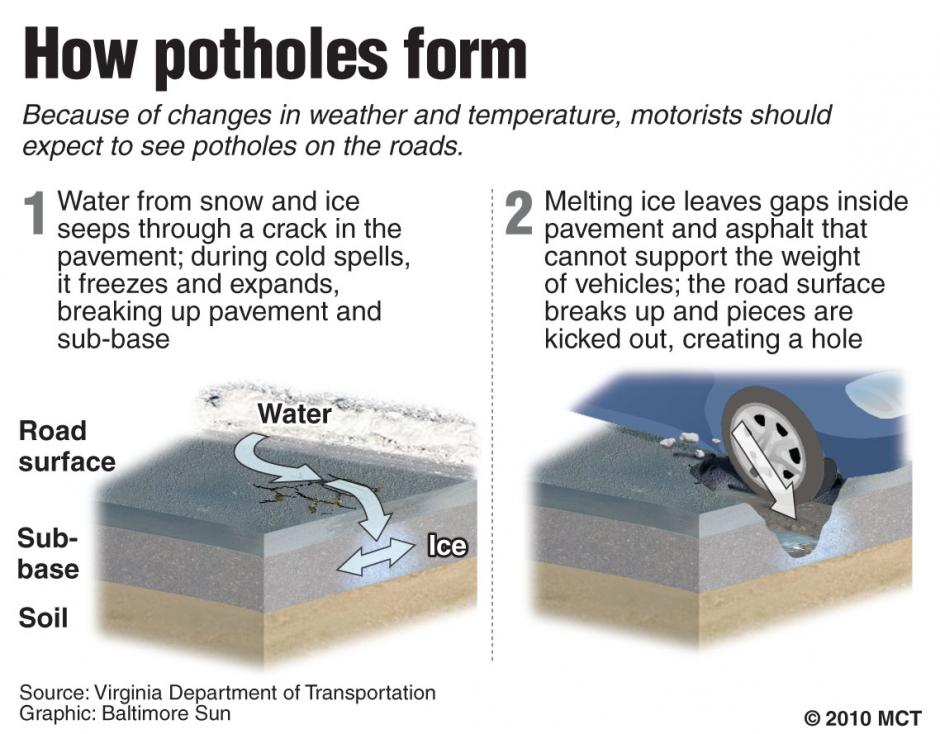 Well, its time to say goodbye to these annoying agents of destruction, because scientists are on the verge of producing a groundbreaking material for road construction that is capable of healing itself.

What is this Phenomenal Substance?

The answer lies in bacteria (once again, we are back to tapping Mother Nature for help).

Researchers at the University of Bath, Cardiff University, and the University of Cambridge have created a concrete blend that is full of bacteria hidden in tiny capsules. This healing principle is based on our body’s mechanism of healing bones through mineralization. Essentially, researchers tried to employ this same principle to concrete. The concrete was mixed with limestone-producing bacteria and it was observed that the cracks formed in concrete were patched over. 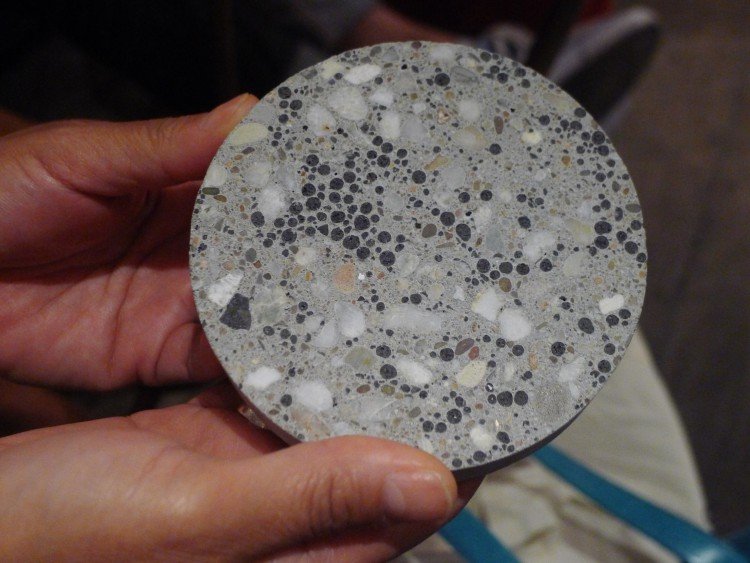 This material is termed as bio-concrete

The bacteria, either Bacillus pseudofirmus or Sporosarcina pasteurii, are found naturally in highly alkaline lakes near volcanoes, and are able to survive for up to a staggering 200 years without oxygen or food. These bacteria are triggered as soon as they come in contact with water, using the calcium lactate present in water as a food source, thus producing limestone. The limestone seals up the cracks formed on the roads. The concept is pretty neat, and might be just what we’ve been looking for all these years.

How Are the Bacteria Suppressed Until Needed? 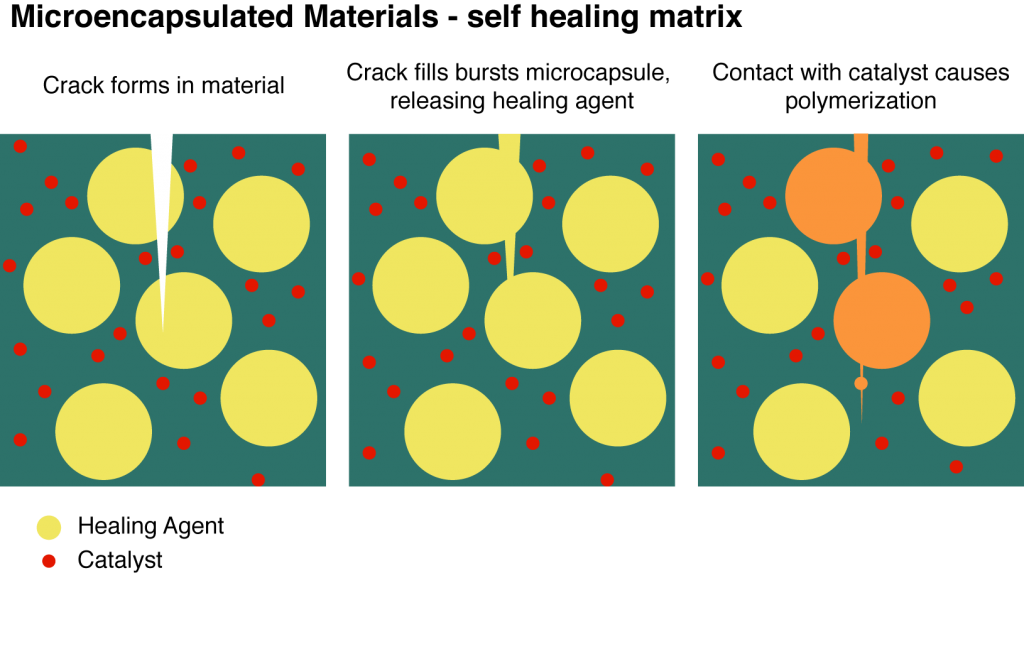 How the bacteria do their job.

The bacteria are placed in tiny biodegradable capsules before blending them in with concrete. When cracks develop in the concrete, water seeps in and comes in contact with the capsules. These capsules break, allowing the water to come in contact with the bacteria and its food source (water), thus initiating the healing process. The bacteria then feed on the calcium lactate, blending the calcium with carbonate to form limestone, fixing the crack.

How Will This be Useful in the Future?

This technology will reduce the overall cost of maintaining the roads by about 50%. 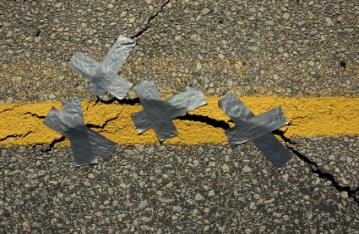 The roads would also be much safer for motorists and cyclists, as potholes are a primary cause of road-based accidents. 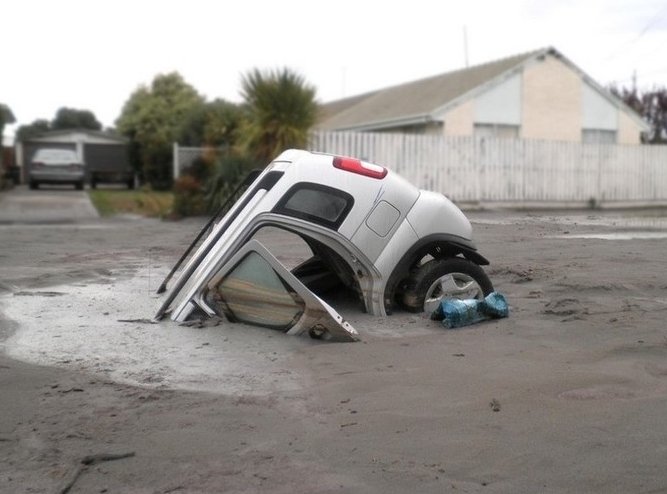 This mixture can also be used to mix in a liquid and be sprayed on buildings, thus protecting these structures from cracks. This will increase the life of concrete buildings and greatly improve public safety, particularly after accidents or natural disasters.

I’m just hoping that this technology is tapped and implemented soon, so that we can stop pretending like we’re superheroes, forced to leap mighty potholes in a single bound!