Home
Technology
MEMS: How Will Tiny Devices Power The Future?

Humankind has advanced from hunting, eating and living off nature for survival to soaring to the moon and understanding our place in the universe. Indeed, we have come a very long way! All these thousands of years have been sprinkled with inventions and discoveries that have driven us forward. The invention of wheels, toasters (it was an important invention, right?), cars, computers… we even know that it’s possible to grow potatoes on Mars! As time passed, we meticulously invented larger and more powerful things. Who could have imagined building a space station a few thousand years ago?

With inventions of such ‘huge proportions’ happening all around us, you’re probably expecting me to tell you about a new invention that’s even bigger! Well, yes and no… what I want to tell you about now is huge in the effects it can have on us, yet it is barely bigger than your smallest fingernail. MEMS is a technology for very small devices; in other words, it is a technological process used to create integrated devices that combine mechanical and electrical components. It consists of structures and devices that are made by using microfabrication techniques. MEMS devices can be as small as one micron (1 micron is one ten-thousandth of 1 centimeter) to a few millimeters in size. To put this in perspective, a MEMS device can be as large as a coin, or thinner than your fingernail! MEMS devices combine silicon-based microelectronics with micromachining technology. These devices usually have a central processing unit that handles all the incoming data from other components attached to them that interact with the surroundings (for example, microsensors) and feed the data to the central unit for further processing.

As mentioned above, MEMS devices can be very small in size. Furthermore, they can also vary in their functionalities and moving parts. For example, some MEMS devices can be extremely simple and may not have any moving parts, whereas others may have exceedingly complex mechanical structures and many moving elements under the control of a central part (with integrated microelectronics).

What’s in this for me?

This is what everything boils down to, right?

Well, it’s only fair to say that MEMS technology has the potential to completely transform the way we do basic things in our daily lives. In fact, in some cases, it may be the difference between life and death (MEMS devices are used in accelerometers in modern cars for the deployment of airbags). MEMS devices can be used in injket printers that use thermal bubble ejection to deposit ink on paper to produce a crisp print. MEMS gyroscopes and accelerometers (an instrument for measuring the acceleration of a moving or vibrating body) can be used in remote-controlled drones or helicopters to control in-flight features, such as rolling, pitching and yawing; MEMS gyroscopes are even being used in modern cars to detect yaw. MEMS devices also have a presence in gaming devices in the form of accelerometers in game controllers (like Nintendo Wii), digital cameras, mobile phones and laptops. Other applications of MEMS include its use in giant displays relying on Digital Micromirror Devices (DMD), based on DLP technology, optical switching technology (used in data communication), small-scale energy harvesting (like generating electricity from dance floors) and so on.

The short URL of the present article is: http://sciabc.us/Q9e08
Help us make this article better
Prev Article Next Article
About the Author: 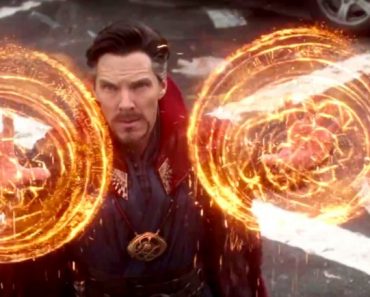