We already know that dogs possess an amazing sense of smell, but their powerful sniffers have been back in the news lately for a very new reason. As more and more research is being done, we’re starting to realize that their strong sense of smell might even be powerful enough to detect cancer in humans! In 2009, Dr. Claire Guest, an animal behaviour expert, took her three dogs for a walk. She opened the back of the car to let them out for the walk, and two of the dogs immediately leapt out. The third, however, didn’t move at all. This dog was Daisy, a labrador, who then began nudging Claire in the chest with her nose. Later, Claire realized that the area Daisy had nudged actually really hurt. She decided to get tested, and found out that she had breast cancer. The early detection likely saved her life. This incident made Claire more confident than ever that dogs could help for detecting cancer. She had already co-founded Medical Detection Dogs in 2008, a charity that takes in abandoned dogs and trains them for detecting various diseases.

Currently, the charity has gained approval from a British hospital for further trials after an initial trial with the specially trained dogs showed that the dogs had a 93% success rate in detecting prostate cancer by sniffing the urine samples of patients. A ‘Medical Detection Dog’ At Work

How Are Dogs Doing This?

As we know, dogs have a fantastic sense of smell and can detect minute amounts of certain substances in the air in a way that humans aren’t even biologically capable of doing. Dogs can detect very small amounts of VOCs (volatile organic compounds) in the air, which is thought to be the basis of their ability to detect various forms of cancer, blood-sugar levels in diabetics, and even the specific mood that a person is in! As for their ability to detect prostate cancer from urine samples, it is assumed that volatile molecules (molecules that tend to easily escape into the air) associated with the tumor are being released along with the person’s urine. These are the molecules that the dogs are detecting. In a sense, the dogs can actually “smell” the tumor!

These specially trained cancer-detecting dogs actually have a higher success rate when it comes to detecting cancer than most traditional tests, but people are still obviously skeptical about it. Despite the skepticism, it would be unwise for them to disregard this amazing ability.

It is hoped that the trials will be successful, at which point the dogs can be used as an optional test in cancer clinics. Just as Daisy did for Claire, dogs have the ability to save the lives of many more people due to their extraordinary sense of smell.

The short URL of the present article is: http://sciabc.us/abdgW
Help us make this article better
Prev Article Next Article
About the Author: 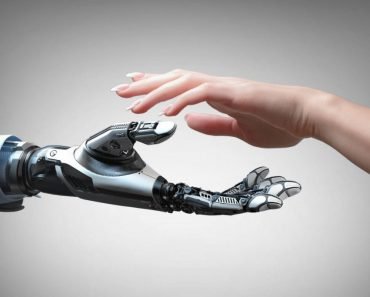