As a 12-year old just entering middle school, I tried my hand at every sport imaginable. However, I was particularly ardent about playing football. Back then, I was pretty serious about it and even developed a vocation to play professionally. To achieve that, I did what I deemed impossible: I woke up every morning at six o’clock. Along with my cleats, I carried a couple of bananas and a lean sporty sipper to practice. The phrase ‘practice makes perfect’ reverberated in my ears, implying that the sky was the limit, if I just worked hard enough.

However, something puzzled me occasionally — a few players could perform far better than I could, and to add to my bewilderment, could do so with even lesser practice! Not only did I practice for longer hours, but I also seemed to practice harder. Still I’d witness them gliding through defenses like they weren’t even there, picking passes so incisively that intercepting one was all but impossible. In fact, I doubted if I could ever ‘see through’ the bodies and find the gaps that they did. Naturally, I grew indignant. Was I doing something wrong?

This type of discontent isn’t limited to a physical sport. I’m sure that you’ve met ‘prodigies’ or ‘geniuses’ in math or – any other field, for that matter. They would find solutions so imperceptible, or so unorthodox, as though you just witnessed a violin being pulled out of a party hat. For doing math to me is similar to painting or writing, corresponding to the act of manipulating symbols and principles in the abstract and then discovering the previously unnoticed, intricate connections between them, this was creative genius. It is as if they are gifted with an additional bunch of unique neuronal pathways. Will Hunting, played by Matt Damon in the Academy award winner ‘Good Will Hunting’ is a good example of the type of genius we’re talking about here (Photo Credit : Good Will Hunting movie / Netflix).

All of this invoked a sense of doubt in me. Disappointed with my ineptitude, I grew skeptical — could only vigorous practice really lead me to ‘see’ what they see? Are some people predisposed to greatness? Or is practice the sole determiner of success?

Albert Camus in his most revered philosophical work, The Myth of Sisyphus, seemed extremely fascinated with human potentialities. He believed that our relentless freedom rendered our potential infinite. He writes, “The best are led to make greater demands upon themselves. As for those who succumb, they didn’t deserve to survive.” He wrote this in reference to aspiring novelists or artists in general. Half a century later, pop psych writer Malcolm Gladwell wrote Outliers, which promulgated the now widely known ’10,000-hour rule’.

Like a forest fire, the idea spread through the entire population, encouraging hopeful athletes and math duds alike. The rule states that 10,000 hours of ‘deliberate’ practice are needed to become “world class” in any field. Deliberate, this is important. It implies narrowed engagement in structured activities specifically intended to improve performance in a particular field. However, in light of a new study, this adage might be a bit overblown. A new study suggests that our innate abilities might play a huge role in answering why only a few people reach the highest levels of expertise. These factors include general intelligence, muscular growth, or a rapid metabolism rate, abilities which are to an extent heritable. Yet this goes contrary to the established consensus that anyone can achieve greatness if they work hard enough.

This uncertainty in deciding whether natural talent or purposeful effort is the sole determinant of our behavior, outlook and success is popularly known as the ‘Nature vs. Nurture’ argument. The Nature vs. Nurture argument has troubled psychologists for generations and has long been a focal topic of intellectual debate.

If human nature were a chunk of clay, then the hands of a potter coercing it would represent the environment nurturing it. However, no amount of pottery skills would result in the production of an exquisite vase if the starting material was a slab of red brick. Zach Hambrick, an experimental psychologist at Michigan State University, has established himself as an expert on expertise itself. In an ingenious experiment, he and his colleagues measured the working memory of pianists, which allowed them to store chunks of information that could be accessed in short bursts of time. In the past, working memory has been found to be heritable.

This is also true for chess players, where their fluid reasoning, comprehension, knowledge and processing speed – all abilities commensurate to performance – were to some extent heritable. It seems that some abilities arise from small genetic variations that might affect blood transport, oxygen intake or fat metabolism (favorable to athletes). These pre-existing abilities might give these individuals a head-start in their corresponding fields.

In another study conducted by Hambrick, 88 studies were reviewed (a total of 11,135 participants) that had investigated relevant research on practice predicting performance in music, games, athletic, educational and occupational domains. A colleague, Frederick L. Oswald, commented that, “Deliberate practice was a strong overall predictor of success in many performance domains, and not surprisingly, people who report practicing a lot generally tend to perform at a higher level than people who practice less.”

He adds, “However, perhaps the more important contribution of our study is that no matter how strongly practice predicted performance in our findings, there was always statistical room for other personal factors to predict learning a skill and performing successfully, including basic abilities.” So it seems there is a ceiling to competence after all. Moreover, adding to this confusion, getting on top might simply be a matter of chance — being in the right place at the right time. So… does this mean that Nature has an edge?

Is all that practice a waste of time?

This research doesn’t necessarily mean that all practice is futile. It just matters much less than you think. It will make you better, but not perfect. Even creative geniuses who are blessed with intelligence or basic abilities are liable to waste their powers and experience failure if they don’t utilize their genius adequately.

No individual with a naturally high level of fitness goes on to become a world champion by mastering being a lazy couch potato. Raw skill must be rightfully veered and guided to achieve exemplary accomplishments. Lubinksi, another colleague of Hambrick, adds that “You’re tapping potential, but there’s also passion, commitment to work, people who want to do any one thing. People really vary. The diversity of human individuality is breathtaking.”

Does this conclusion spill a bucket of cold water on the flaming hopes and aspirations of people spending their entire lives (or at least 10,000 hours of it) on mentally and physically taxing intellectual or athletic prospects?

I would strongly disagree. Think about it this way… if people are given an assessment of their abilities and the likelihood of achieving positive results based on those abilities, they might gravitate towards domains in which they have a better chance of honing their skill and becoming an expert, of course, through deliberate practice. If Beyonce had decided to become an insurance saleswoman or a lawyer, she would have obviously wasted her mesmerizing vocal prowess. My football playing days came to a bitter end with the uncomfortable confrontation that I might just not be good enough. However, the 10,000-hour rule made me doubt my doubts — Am I giving up too soon?

The short URL of the present article is: http://sciabc.us/F7WzY
Help us make this article better
Prev Article Next Article
About the Author: 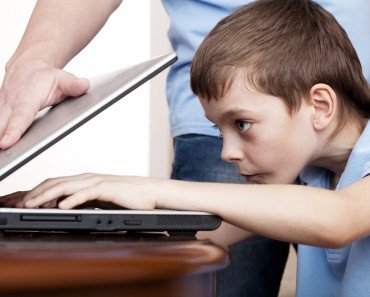 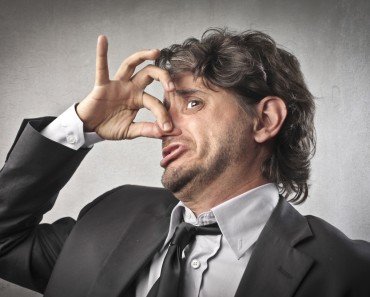