After spending an entire night researching and typing madly, you finally complete your article. Wow! It seems really good – a personal masterpiece. You’ve used quotes from Shakespeare and Robert Frost and the article is as close to perfect as you can imagine. After proofreading the article, you hit the send button and Voila! It’s published in the school magazine.

Now, you just need to sit back and wait for the applause from your adoring classmates. You know that they’ll be blown away by your sharp sense of humor and insightful prose. You can already hear the praise raining down for your words…

Unfortunately, it probably won’t be anything like that. The first thing they’re going to notice is all the typos you’ve made, “To understand happiness, you frist need to know waht pain feels like”. frist… waht? I mean, WHAT! Where did all these mistakes come from? You read Shakespeare… how can you still be dumb enough to misspell first and what?! 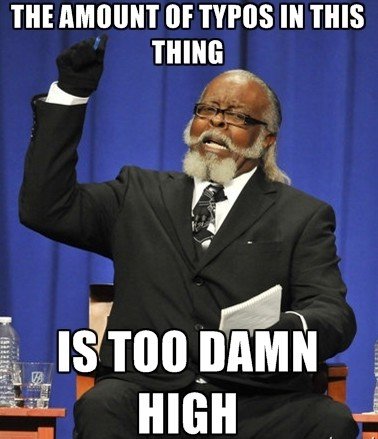 Why Do We Make Typos? 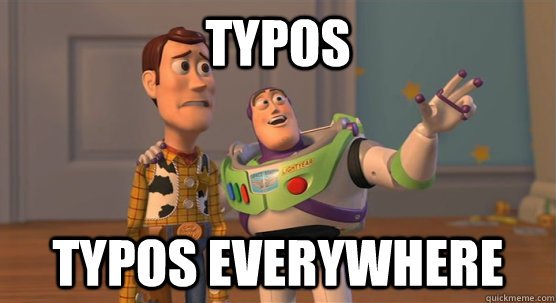 When we’re writing something, we are trying our best to convey meaning. This is a very high-level task, so our brains concentrate more on what we want to convey through the writing than the actual writing itself. Therefore, while writing, the brain places more importance on putting complex ideas to paper by combining sentences, while focusing less attention on the task of turning letters into words and words into sentences. This oversight by the brain can sometimes lead to errors.

This process in which the brain places more importance on high-level tasks and broadly looks at other tasks involved in the process is called generalization.

Why Can’t We Spot Our Own Typos?

Our brain doesn’t work like a computer (although it certainly resembles one), which spots all the details and immediately recognizes mistakes. Instead, our brains take in sensory information and combine it with what we expect. This helps us to arrive at meanings faster while reading other people’s work by using less brain power.

Writing is a basic way of communicating, so when we read what is written, we’re not looking at the writing itself, but rather at the meaning of what’s written. 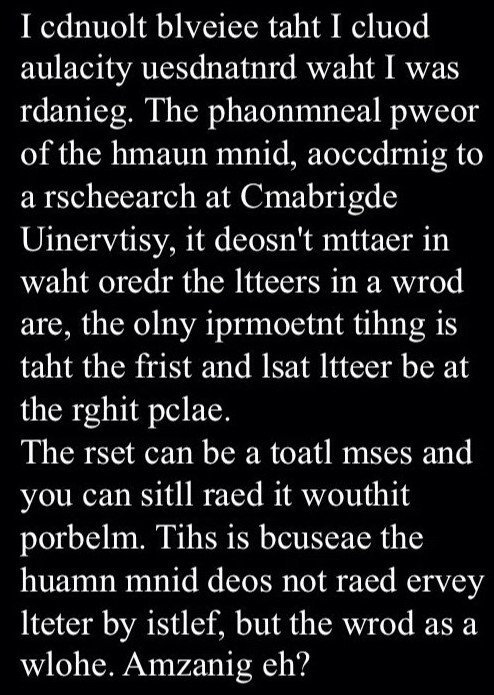 In the above picture, most of us will be able to read the statement because our brain is concentrating more on what the sentences are trying to convey, rather than on the sentence structure and spelling details.

When We Proofread Our Own Work

Now, when you’re proofreading your own writing, it’s literally a fight between your brain and your eyes. Your brain already knows what you want to convey through the words, so we expect the meaning to already be there. The reason you struggle to spot your own typos is because what you’re seeing on the computer is competing with the version already formulated in your head. 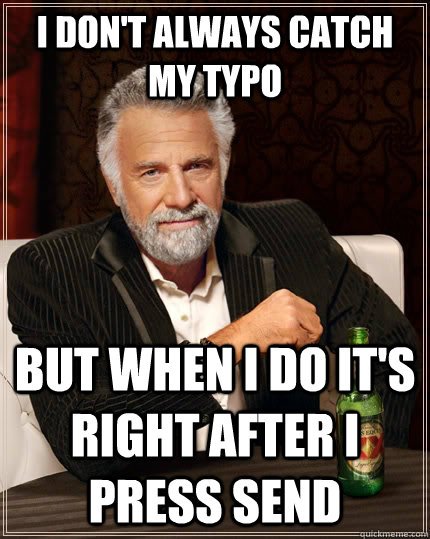 While reading your own work, you already know the point you’re trying to make. Therefore, while you think that your eyes are dutifully scanning for errors, your brain is actually cruising along to the expected destination, which may result in failing to catch your own typos.

When Other People Proofread Your Work

When someone else is proofreading your work, they are reading it for the first time. Their brains therefore pay more attention to what is written, as they do not have any preconceived notion in their heads of what is being written or what point is being made. As such, other people have a much better chance of catching your typos, as they are reading it for the first time and their brains are paying more attention to what has actually been written, rather than anticipating the final point being made. 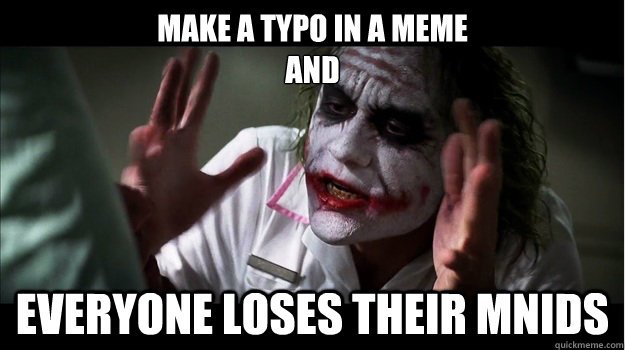 When I was young, there were so many times when I wish my teacher could see what was inside my head, rather than what I wrote down on the paper!

In other words, it’s always better to have someone else proofread your work, as they have a much better chance of spotting any errors than you do.

The reason this article does not have any tyops is beacuse I have a really good edtior!