The main reason people become angry when they are hungry is because the lack of food causes the brain to think it is in a life-threatening situation. The brain is dependent on glucose to function properly, and when the level of glucose drops, the brain starts to throw tantrums. Other reasons people may become angry when they are hungry include the decreased activity of the brain and the release of stress hormones.

In today’s fast-paced world, having a full stomach at all times is quite unlikely. You may be sitting in a lecture that goes on and on, you might get stuck in an office meeting that threatens to continue for half the day, or you may find yourself locked in a traffic jam that simply isn’t moving. All these events may delay your chance to have a bite to eat, but going a few hours without a snack usually isn’t a big deal. However, what happens when you don’t get to eat anything for an extended period of time in the course of a day?

You feel hungry, which should be the obvious part, but after a while, the hunger changes into something much closer to rage; in fact, you may begin to feel worked up and start snapping at people for no apparent reason. Sound familiar?

So, why do people become irritated after being hungry for a long time?

Almost every kind of food that you consume ends up being converted into simple sugars, free fatty acids, and amino acids within your body. The end products – the nutrients – that are obtained through this conversion enter the bloodstream and subsequently travel to every part of the body at the cellular level. After a considerable amount of time passes since your last meal, the level of these vital nutrients begins to drop. If you don’t eat for an extended period of time, the level of nutrients becomes so low that your brain perceives it as a potentially life-threatening situation. Other parts of your body can deal with lower nutrient levels, but your brain simply starts to throw tantrums when the glucose levels drop below a certain threshold. Trust me, this little “episode” is justified, as your brain is critically dependent on glucose to perform its crucial functions.

That’s why not eating anything for a long time causes you to lose your cool; thus, you become ‘hangry’.

After not eating a meal for a long time, the glucose levels drop, triggering a significant slow-down in the activities of brain. This is why you may find it difficult to concentrate or stay focused on an activity when your brain is focused on acquiring your next meal. All those students out there who have skipped meals while cramming for an exam, I’m talking to you! Also, dropping glucose levels mean that you might do things that push the boundaries of socially acceptable behavior, such as snapping at people for trifles, or feeling overwhelmed by slow Internet speed.

Other Reasons for ‘Hangry’ Moments

To cope with the plunging levels of glucose in the blood, your brain instructs different organs to release hormones that increase glucose levels in the blood. Two of these hormones, adrenaline (also referred to as epinephrine) and cortisol, are released by the adrenal glands. They do increase the glucose level in your blood temporarily, but the thing with these hormones is that they are ‘stress hormones’, meaning that their services are usually called upon during stressful situations. Does “fight or flight” ring any bells?

These stress hormones can make your body think that it’s facing potential danger, so it prepares itself to launch a ‘fight’ response (which is, of course, not at all related to actual physical fighting, in this case), causing your eyebrows to knit up and your eyes to narrow into a glare of “hanger”.

Hunger and Anger: Controlled by the Same Gene 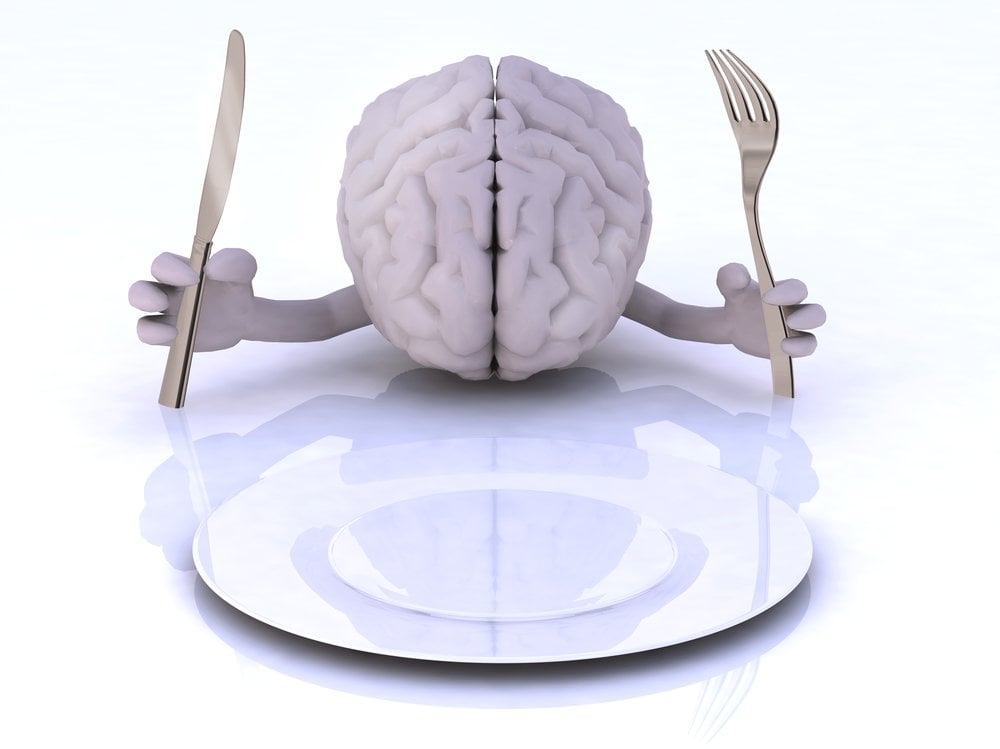 Neuropeptide Y is a chemical that is released in the brain when you’re hungry. It also triggers changes in your behavior (like making you order from a menu as though you’re going to devour an entire continent) to make sure that your brain gets its required dosage of glucose.

However, the catch is that the same chemical, Neuropeptide Y, also controls anger and aggression! This is another reason why hunger and anger are so closely related.

How Can You Avoid ‘Hanger’?

The most obvious thing you can do to avoid being cranky due to hunger is…well… eat! When I say eat, I don’t mean going in for a quick-fix like potato-chips or a piece of chocolate. These unhealthy snacks might be temporarily satisfying, but will also cause a sudden rise in your glucose levels, which is not good. Soon after munching on that chocolate, your glucose levels will come crashing back down and you’re back to square one… Hangry.

Instead, consider eating naturally occurring nutrient-rich foods, such as nuts and avocados, which stay with you longer and help you avoid being hangry.

The other thing to do is stay calm when you’re hungry. Be aware that the counter-regulatory response of your body will kick in soon enough, so you won’t feel as irritated at that point. Remember, your urge to eat food only lasts for a little while, but the hostility or attitude that you reveal to someone during that time may have much longer and more serious consequences!