There are many possible causes of nightmares, but they commonly represent latent anxiety or concerns about things going on in a person’s waking life. If nightmares are frequent, it could be a sign of a sleeping disorder. Otherwise, it is just a case of usual brain activity and the brain’s method of communicating ideas in the form of dreams and nightmares.

Nightmares can have many causes, but they commonly represent latent anxiety or concerns about things going on in your waking life. However, if  nightmares are frequent, it could be a sign of sleeping disorder. Otherwise its just a case of usual brain activity and method of communicating ideas in the form of dreams and nightmares.

Imagine that you’re sprinting down a dark street, trying to escape a dark, looming form that you are certain has evil intentions for you. It is growing bigger and gaining on you, when the pavement beneath your feet suddenly turns into wet ooze, preventing you from moving at more than a snail’s pace. Looking behind you, the monster is nearly upon you, and it has the face of your manager at work, but distorted, with eyes full of fire. Just as his mouth opens wide to devour you, you snap awake in the darkness of your bedroom.

Every person’s nightmares are different, but there is no denying that they can be disturbing, shocking, confusing or terrifying. The question is: Why do we get nightmares at all? 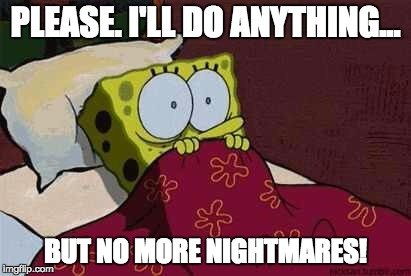 Nightmares and dreams are closely linked, and tend to be generated at the same time of night, and by the same cognitive mechanisms. However, the reason we dream (and the reason we have nightmares) remains a topic of some debate in the scientific community. While many people claim that dreams are meaningless activity of the brain as we sleep, generating nonsensical images and scenes pulled from random synapse firings, others believe there is a much deeper purpose.

Dreams are seen by many as windows into the subconscious, a place where people are allowed to explore their urges and desires in a safe and socially acceptable space. Others believe that dreams are beneficial evolutionary developments for both mental and physical health. It is no secret that people who are not allowed to reach REM sleep (where the majority of dreaming occurs), tend to be more irritable, fatigued, mentally unstable and unproductive, in addition to having a higher risk of weight gain and hallucinations!

Scientifically speaking, however, dreams and nightmares are manifestations of our mind, and in fact, the entire brain is active while we dream. While most dreaming occurs in our period of deepest sleep – REM (Rapid Eye Movement) sleep – it can happen at any time once we fall asleep. When we are in REM sleep, however, it is far less likely that the dreaming/brain activity will cause us to wake up. Interestingly enough, many people use the terms “bad dreams” and “nightmares” interchangeably, but there is a clear distinction made in research circles. Quite simply, nightmares cause you to wake up, while bad dreams do not.

Also Read: Do Events During The Day Impact The Dreams We Have At Night?

The limbic system, particularly the amygdala, is highly involved in dreams, as this part of the brain regulates our emotions – both good and bad. The cortex of our brain is what creates the substance of our dreams, particularly the visual aspects (the scene you see in your dreams). Notably, some parts of the brain function at lower levels than normal, such as judgment areas – in the frontal lobe – that discern logic and rationality, which is why even the strangest dreams can seem normal.

Why Do I Have Nightmares Every Night?

Although the general cause of dreams is still a subject of debate between experts, the specifics of why we suffer from nightmares is more readily explained. If you accept that dreams are generated by the subconscious, or directly related to our waking thoughts, then you understand how powerful emotions, feelings and desires can be. If you have always dreamt of becoming a baseball player, then dreams of the day you win the World Series has a rather clear explanation.

However, in the case of nightmares, they can often betray high levels of anxiety, stress or depression, often stemming from ongoing problems or worries in your personal, professional or family life. The amygdala, as discussed above, can be hyperactive while dreaming, and since this governs your emotions, everything can be magnified.  If you fell asleep worrying about the test you are taking the next morning, a nightmare may play on your fears of being late to school or not knowing the answers by creating a nightmare about you being lost in a desert and not being able to find a way home, or having to fight an army of pencil-throwing ninjas to get to school on time.

Various cultures around the world have their own ideas of nightmares, saying that they are beneficial, as they can prepare people emotionally for challenges or decisions that they may be facing in the near future. By wrestling with these demons while dreaming, it may be easier to move forward in your waking life.

Some nightmares can also stem from traumatic elements of the past, not necessarily present-day worries. The brain is a magnificent machine with recesses of memory that we cannot even fathom, but in the apparent “randomness” of a nightmare, an unresolved trauma or the pain of childhood memories could trigger the amygdala and generate recurring nightmares. Not all nightmares are “insightful” and can actually exacerbate anxiety, rather than working as a release valve. If your nightmares are causing you to suffer from insomnia, or more intense anxiety/depression, you should see a doctor for more formal treatment.

Looking for meaning in our nightmares is a natural reaction, particularly when the bad dream was deeply linked to an emotional subject or event. There are countless books about dream interpretation, as well as the common meanings behind certain tropes in nightmares (e.g., losing teeth, falling, flying, in a child’s body etc.), but most experts believe that dream interpretation must be an individual experience.

Analyzing your dreams and nightmares, particularly those that are recurring, is believed to be an insightful look into your own mind. If you can identify what your mind is obsessing over, even while you are asleep, you can learn more about what may be making your more anxious or stressed. This can also guide you towards the parts of your life you want to address, remedy or avoid.

Also Read: Where Do Dreams Come From? 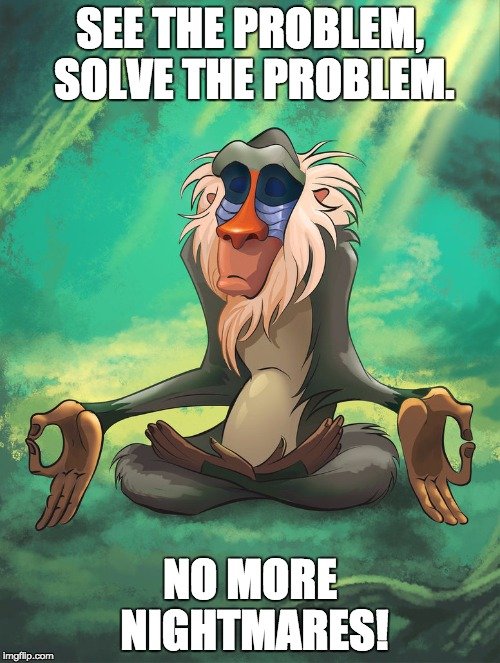 There are no right or wrong explanations to your nightmares, as they are a distinctly unique element of your personality and your life, representing what is on (or in) your mind. That being said, if you can dig past the crazy monsters, terrifying chases and twisted shards of your own imagination, you might be able to learn a bit more about what makes you tick – and how to fill your life with more dreams, and less nightmares! 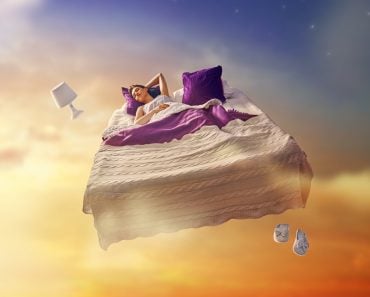