The body’s immune system reacts to the mosquito saliva as an allergen, and releases histamines in an attempt to break it down. Histamines cause inflammation of the skin tissues, which can lead to swelling, itchiness, and welts.

In certain parts of the world, one pest is more hated and feared than any other – the infamous mosquito. There are thousands of mosquito species found all around the world, and they all seem to have one thing in common… their extremely annoying bites.

When you look down at your skin after a long day walking through a humid, wooded area, you’ll likely spy some of these small red bumps, and let’s be honest, you’ll be scratching them for days. Mosquito bites are one of the great annoyances of the natural world, but why on Earth do they swell up and itch so badly?

The Science of Mosquito Bites

Most people look at mosquitoes as merciless, blood-sucking parasites, but in fact, there is more to the story. Both males and females eat nectar and plant juices, but females have the specialized anatomy to pierce human skin and have a bloody snack. Female mosquitos require the lipids and proteins found in blood to reproduce large numbers of offspring and provide nutrients for them. A female mosquito locates food sources through visual, heat, and chemical signatures, which is why certain people seem more prone to mosquito bites than others, as their hormone levels, chemical balance, or visual appearance may not be as attractive to the hungry insect. When the female lands on your skin, she uses a “feeding stylet” to break through the skin and locate a nearby blood vessel. Two tubes are then inserted into the skin (these are extremely tiny, which is why we rarely feel a mosquito bite until after it’s too late.

One of those tubes (the hypopharynx) pumps in the mosquito’s saliva, which acts as a coagulant at the point of puncture, preventing the tiny hole from closing up, ensuring that the mosquito gets a full meal. The other tube (the labrum) is what sucks up the blood into the waiting mosquito. That mosquito saliva isn’t something that our body recognizes, and is full of foreign proteins and enzymes, so the immune system treats the saliva as an allergen.

The Allergic Response to Mosquito Bites

As is the case whenever an allergen or irritant enters our body, an immediate battle begins. The body first send immunoglobulins to the site of the “foreign invasion”, which begins to break down mast cells, thus releasing histamine. Histamine is responsible for healing wounds and protecting against various pathogens, but it is also the substance that creates the “itchy” sensation at the spot of a mosquito bite. That’s the reason people take “antihistamines” when they are having an allergic reaction, or are covered in irritating mosquito bites. Try as we might, it’s difficult to refuse the satisfying scratch of a big mosquito bite, and as we rub the skin, we further inflame the area, causing the swelling of the area, which is already irritated internally by the foreign chemicals. If a particularly large mosquito bites you, or is allowed to remain for a long meal on your skin, the mosquito bite may be quite large and swelled up, even before you start itching. Histamines cause inflammation of the skin tissues, which is a sign that your immune system is working, but also gives you those small welts!

The minimum amount of time for an average mosquito bite to be completed is roughly six seconds, so you need to be quick if you want to swat them away before they get those tubes into you.

The danger, of course, is that some people are more allergic to mosquito saliva than others, and while many of us are annoyed by the itchy bites, other people suffer much larger areas of itchiness, bruising near the site of the bite, lesions, and even anaphylaxis in rare cases.

The real danger of mosquitoes, of course, is there ability to transmit diseases between hosts, including malaria, dengue fever, meningitis, or West Nile Virus, just to name a few. Jumping from an infected person a healthy one might only take seconds, making mosquitoes a very dangerous foe. In fact, mosquitoes are the deadliest animal family in the world due to their close association with spreading deadly diseases in many parts of the world. This problem has once again come into the global spotlight due to the rapid spread of Zika Virus, which you can read about here. Many people suggest eliminating mosquitoes altogether, and there doesn’t seem to be any obvious downside to that plan. However, the mosquito genocide hasn’t begun quite yet. Until then, keep your eyes open and your hands swatting… and try not to scratch! 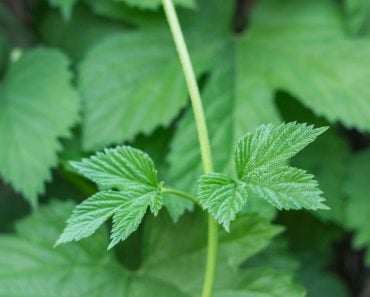