Home
Humans
Were Our Ancestors Crazy to Make Such Short Houses?

J.R.R. Tolkien opened the doors to a new and fantastic world, full of dozens of races, species, and magical creatures that defy the realm of reality in which we live. Some were good, and others were evil. Similarly, some were very large, and others quite small.

Hobbits, one of the most important races within the Lord of the Rings books, were quite small in stature, and their houses reflected that. However, their small houses weren’t all that different from houses in human history, but why would our ancestors have built such small homes?

Why is it that houses made only a century ago tended to have such low ceilings? Why in the world was everything designed to be so short?

It is a well-accepted fact that the average human height in the modern world has increased by approximately 10 centimeters (nearly 4 inches) over the span of the last 150 years. The average height of today’s humans is much more than that of people in the 17th and 18th centuries. This is evidenced by the remains of the houses from that era, which have exceptionally low ceiling and entrances, so much so that a man of today’s world might feel claustrophobic in these houses, and would certainly need to duck before entering.

The moment we start any discourse about how different bodily features have transformed over long (or even short) periods of time, the term ‘evolution’ somehow manages to pop up. However, in this case, evolution is not the fundamental reason.

According to evolutionary principles, in their most basic terms, genes that are the “fittest” and adapt according to the environment deserve to survive and actually do prevail over others that are lesser in number and comparatively submissive in genetic activity. As studies conducted in industrial England suggest, children born in wealthy families tended to be taller than those born to less affluent parents. From an evolutionary perspective, shorter humans are better equipped to successfully pass on their genes to offspring, and as a result, the number of humans of short stature should grow.

However, as it turns out, this is not the case. Despite being more adept at passing on their genes more successfully (from an evolutionary fitness perspective), shorter people were decreasing in number even during that time, as average height continued to grow. Why did this trend of increased height happen then, if not for evolutionary reasons?

As often happens with scientists, there is no general consensus for this issue upon which everyone agrees. That being said, a majority of researchers do agree that nourishment in the early years plays a crucial role in the height of an individual.

Your eventual height all depends on the type of nourishment a person has during his or her childhood. Studies and archaeological data from ancient skeletons show that there is no significant difference in the heights of people from the Stone Age through the early years of the 19th century. After this epoch, when World Wars rocked the entire planet in one way or another, there was a general decrease in the height of people in Europe, especially in the German population, as constant involvement in wars meant a lack of proper nutrition for the civilian population. Obviously, there appears to be a strong correlation between small stature and poor nutrition. Consider this… in the years after 1800, the average height of males in London improved, but there remained a major difference in personal wealth. If affluence didn’t change, then how did the height shift happen? This shift occurred because as more reliable production, transportation, and quality of food occurred, children in general were able to enjoy more wholesome diets.

Will We Continue to Grow Taller?

The simple answer? No. It’s simply not possible, as there is an “optimal” height for humans; any taller and the body would be working much harder than it has to in order to remain healthy. In fact, it has been observed that people have stopped increasing in height at the pace they were growing half a century ago.  There is a certain limit above which it is impossible to continue to grow, no matter how good the food or ideal the environment. Humans are simply not meant to grow without limitations; our genes will make sure of that!

This is probably a good thing, actually. We don’t want to have to raise all the ceilings and door frames again, right?

The short URL of the present article is: http://sciabc.us/vv47d
Help us make this article better
Prev Article Next Article
About the Author: 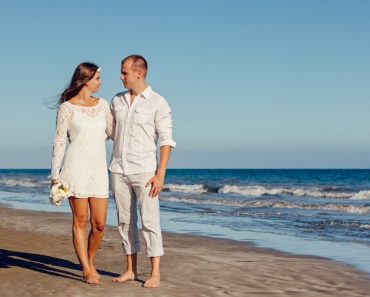