To many people, they definitely do, as many tattoo lovers cover every square inch of their empty skin with these artistic creations.

It might be a galloping horse, a glowing fairy, an ancient symbol (the meaning of which you vaguely know), or some clever line of wisdom. A tattoo adds another dimension to your being and has been a means of self-expression for hundreds of years. I guess it’s no wonder that so many people have them.

Here’s a fun fact: did you know that it was illegal to get a tattoo in New York City between 1961 and 1997? Things were so bad that tattoo artists had to operate on an underground basis! Needless to say, things have changed now.

A tattoo, however, is not easy to get. Rather, I should say that the process of getting yourself tattooed is not always the most pleasant way to spend an afternoon.

The Story of Tattoos

A tattoo, if I try to define it in intelligent-sounding words, is a radical form of body modification that is achieved by inserting indelible ink into the dermis layer of the skin to change the pigment. Basically, as the kids say, it means getting yourself inked. Do you understand yet?

1. Temporary Tattoos: The name is self-explanatory; a tattoo that is temporary. A temporary tattoo is a non-permanent image on the skin that resembles a real tattoo. It can be drawn, painted, airbrushed, or simply transferred to the skin from some other object (like stickers). Henna (or mehendi) is also a type of temporary tattoo that has been used in various Eastern cultures for generations.

2. Permanent Tattoos: Again, the name sums this up quite nicely. They are essentially permanent, so don’t make a mistake! Aging can definitely fade these types, but will not completely erase them. These tattoos can only be erased if the skin is cut deep enough to remove the pigments of the tattoo. Fortunately, there are also laser treatments available these days to remove them.

The Case of Permanent Tattoos

Permanent tattoos are the ones that we want to discuss. More specifically, what makes them so permanent? 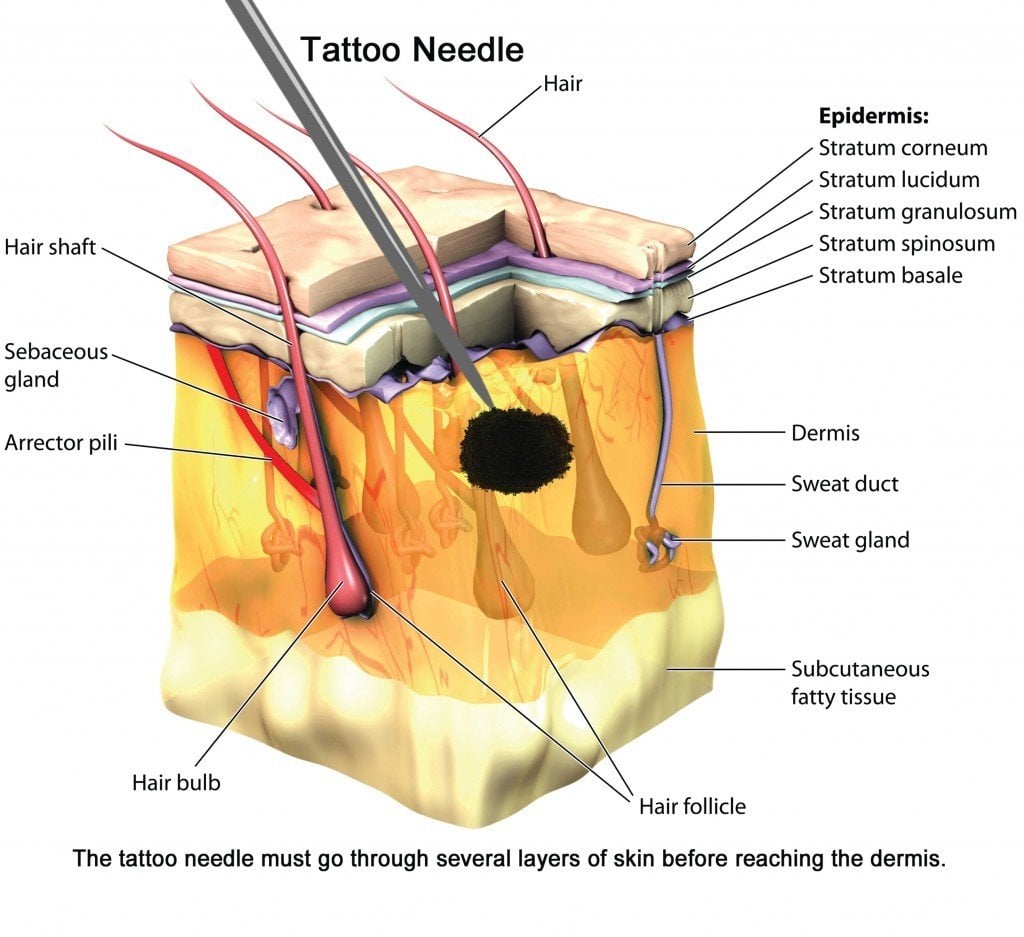 Let’s first attempt to understand how a tattoo is made. A tattoo is created when an electrically-powered needle injects ink into the skin. Now, this needle is not just any needle; it is able to puncture the skin almost 3000 times per minute!

At this speed, the needle is able to penetrate almost 1 millimeter into the skin, crossing the topmost layer of the skin (epidermis). The needle deposits a drop of ink in the dermis layer, which is just below the epidermis. The needle then moves on, dropping ink again, gradually creating the image of the tattoo. 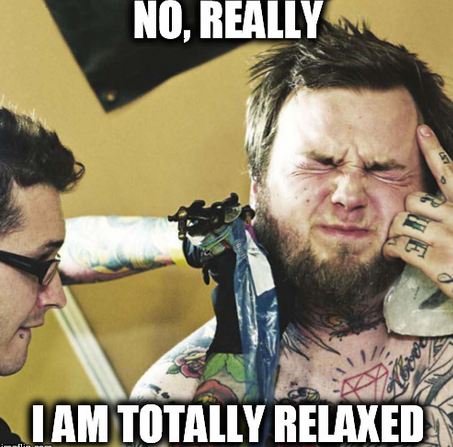 Now, you know that you are in pain, and so does your sensitive brain. It actually senses that your body is under external attack, so it sends soldiers, i.e., white blood cells, to the area of the wound (the part of the body where you are getting tattooed). Special cells, called macrophages, try to ‘eat’ up this foreign entity, but the particles of the ink are simply too large from them to ingest. Can you guess what happens? Obviously, the ink particles remain on the dermis and the work of art is complete!

Voila! You just got yourself a tattoo!

Now you know why it might not be the best idea to get a permanent tattoo of someone’s name on your body, especially if they aren’t going to be a permanent part of your life!