Some people never experience pain because they have a genetic condition that inhibits the expression of pain. This condition is called Congenital Insensitivity to Pain. People with this condition may still perceive extreme temperature differences, but they cannot experience the pain of an injury.

“Pain, you made me a believer”. Seems like a fitting ode to the remarkably human experience that is pain, right? But what if you couldn’t feel pain… ever?

Imagine waking up one day and discovering that you’re inexplicably immune to all physical pain. You can’t experience the sensation of pain, and you feel as though you are now invincible, imbued with a unique set of powers.

Does the inability to feel pain make someone a superhero? As it turns out, the answer does not lie in superhuman capabilities, but rather to a genetic condition that inhibits the expression of pain, more formally known as Congenital Insensitivity to Pain.

Pain: Is It Good For Health?

Experiencing pain is… you guessed it, a painful experience. People generally do their best to avoid it, and would sacrifice a limb to neutralize it (not really, but they’d probably pop a painkiller). This a well-deserved aversion, as pain can bring even the strongest of people to their knees. Who wouldn’t feel blessed to steer completely clear of the experience? 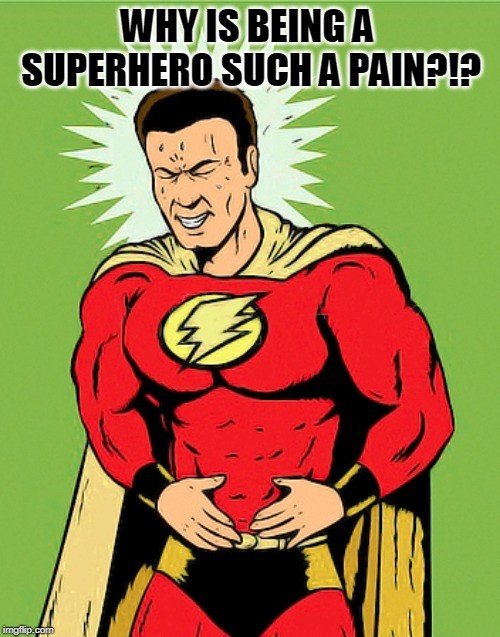 Is it really a good thing to not feel pain?

Pain is an integral part of sensory perception and an essential mechanism for survival. The sensation of pain alerts us of damage being done to our tissues. Pain is detected by a system of chemical and mechanical sensors called nociceptors. Networks of neurons then transmit these messages to the brain and spinal cord, eliciting appropriate responses.

Imagine hurting yourself, perhaps slamming a door on your fingers. A vital process stimulates the reaction of drawing your hand away or screaming “Ouch!”. Now, imagine being hurt, but not being able to detect that hurt because you can’t perceive pain.

Would the absence of pain still be considered a superpower? Remedial measures would be impossible without experiencing something that helps associate the situation with a threat and subsequently sets off red flags.

As wonderful as the idea of not experiencing pain may sound, the condition indicates a deficit in perceiving a stimulus holistically. Pain and pain avoidance form vital evolutionary functions, so our drive to avoid the pain sensation keeps us safe from all the unknown terrors of the world, as paradoxical as that may seem to be.

What Is ‘Congenital Insensitivity To Pain’ Syndrome?

‘Congenital Insensitivity to Pain’ or CIP is a rare condition that translates into the inability to perceive physical pain. It is considered to be a form of ‘peripheral neuropathy’—a disorder in the functioning of some part of the Peripheral Nervous System. The network of muscles and cells connected through this system to the brain and spinal cord conduct impulses of sensations, such as touch, taste and smell. A dysfunction in their neurons due to negatively affected myelin (the protective layer that allows electrical impulses to transmit along nerve cells) leads to a long list of associated dysfunctions.

Imagine the suburbs on the periphery of an important financial hub city. What would happen if they lost access to the city because of a breakdown in the connecting transit systems? Even a minor crack in the transport networks could result in a day’s worth of setbacks and implications.

Inherited peripheral neurodegenerative disorders like CIP are also called the ‘hereditary sensory and autonomic neuropathies’ group of disorders. CIP has an autosomal recessive pattern of inheritance.

Also Read: Can Labor Be Less Painful In Some Women? 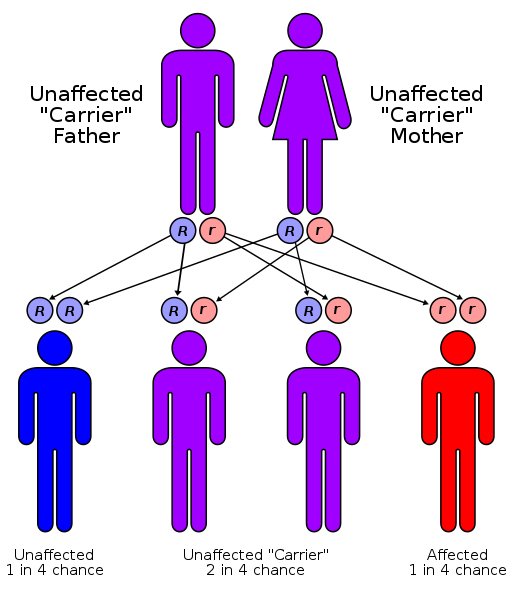 People with this disorder may still perceive extreme temperature differences. They can tell hot from cold, such as the experience that tea is hot. However, if they were to be hurt by the same, such as when the tea burns their tongue, they cannot experience the resultant pain. They may experience different aspects of pain, such as emotional pain or the pain associated with spicy food.

Due to their inability to perceive the pain of an injury, these individuals may have a collection of undetected bruises. They may also have many self-inflicted wounds, such as ones to their lips, tongue and the insides of their cheeks, due to excessive biting. The many injuries and added health issues significantly lower their life expectancy, if the condition goes undiagnosed. A wide range of genetic mutations could cause the syndrome, each with a separate range of deficits.

What Symptoms Can Be Caused By Different Gene Mutations?

Our sense of smell helps us navigate the world around us. It also helps us make sense of the barrage of stimuli that we come across every day. What if this were impaired because some cells were not fed what they require?

Mutations in the SCN9A gene can cause ‘anosmia’ or the loss of one’s sense of smell. Certain sodium channels in the nociceptors carry positive sodium atoms (sodium ions) into cells. These must be present in olfactory sensory neurons in the nasal cavity to send smell-related signals to the brain. Mutation curbs the ability to form these channels, so messages about smells cannot reach the brain. 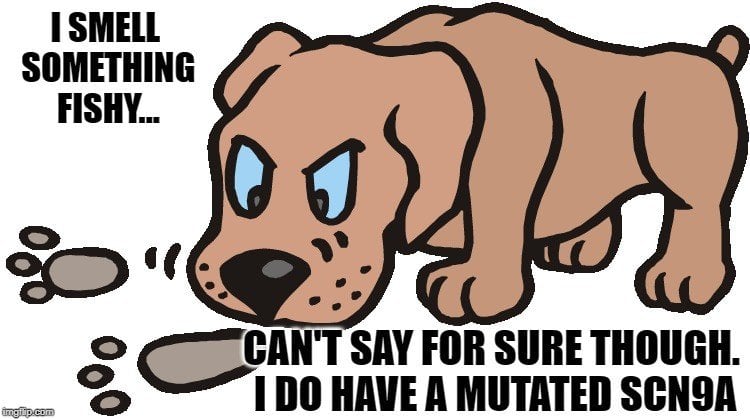 This mutation primarily results in an insensitivity to pain. The SCN9A gene helps to generate electrical signals and transmit them to the brain and spinal cord. The sodium channels mentioned above are important for the same reasons. Their absence or malformation leads to pain impulses not traveling to the brain. The SCN9A type of CIP is a more commonly observed version among the handful of known cases.

Mutations in the PRDM12 gene have a different set of manifestations than an insensitivity to pain. Pain insensitivity may not be global, but may instead be limited to specific body parts. This version of CIP is slightly less common than the former. Associated deficits and dysfunctions include impaired tear production, scratched cornea or corneal abrasions, as well as an increased tendency to suffer bacterial infections. It may lead to difficulties in temperature regulation and the perception of temperature-related, potentially tissue-damaging stimuli for some people.

When you have a fever, why is it considered good to ‘sweat it out’? Because sweating is an important function that helps the body cool off. The NTRK1 gene receptor is found on the surface of many cells, especially sensory neurons. Mutations in this gene can give rise to a protein that does not facilitate the carrying of pain, temperature and touch signals. Since the signals are not transmitted, these neurons self-destruct, which causes Congenital Insensitivity to Pain with Anhidrosis (CIPA). Anhidrosis indicates a loss of sweat glands, leading to the body’s inability to cool itself down with sweat. Individuals afflicted with CIPA may have high fevers, but show no indication of being ill, and have no natural means of regulating their body temperature. 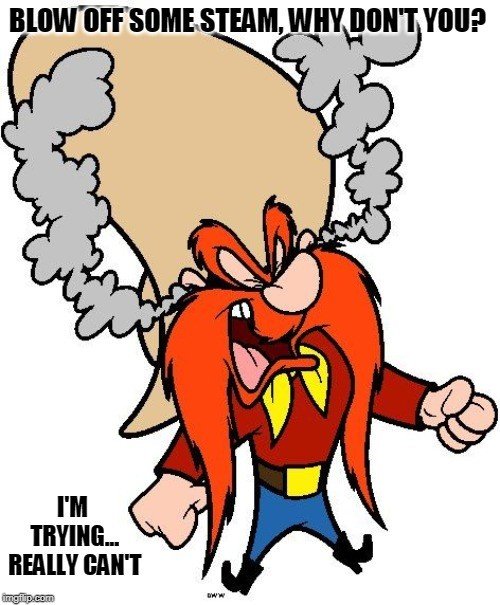 Medical health professionals may use the symptoms presented and a patient’s medical history for diagnosis. It is unfortunately common to mistake this disorder as a sign of child abuse. A proper examination of symptoms is therefore necessary to make the correct diagnosis. The threshold of a person’s pain can be tested to seek confirmation of the syndrome. The test must not overrate the pain inflicted by the task or include an activity that involves easy bruising. Genetic analysis can indicate a more obvious changes in genes, proteins and chromosomes, so this can be employed to confirm the syndrome or determine the chances of developing/passing it on.

There is no treatment technique for the syndrome itself. After a diagnosis, the individual’s symptoms can be used to develop management plans catering to specific issues. A mix of management and prevention techniques must be applied to increase life expectancy. Prevention may involve taking the necessary steps to avoid injuries or maintaining diligent supervision to detect them if they occur.

Also Read: Do We Feel Pain When We’re Unconscious? 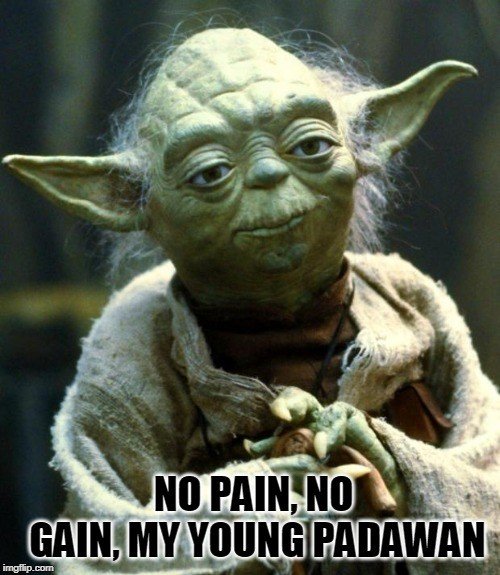 The next time you stub your toe against the door, cursing the cruel world and everything in it, take a moment to thank your pain-filled stars for letting you feel the agony before you go back to your tirade. 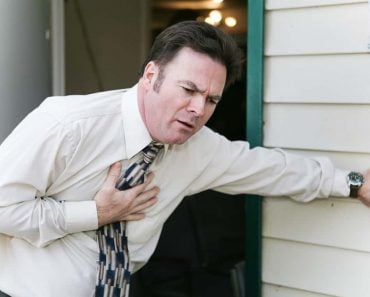