Movie series ‘Planet of the Apes’ suggests that Apes will soon rise to overthrow the human civilization. However, a few things are stopping them from doing so.

Planet of the Apes (1968) was a movie far ahead of its time. The critically acclaimed classic was an instant hit and is considered one of the best films of its decade. The film was followed by several sequels and franchises, each growing bigger and more terrifying than the one before, leaving audiences spell-bound.

This article attempts to break down different components of these movies in terms of their feasibility and answer the question: could our planet one day become a planet of the apes?

Giganotosaurus vs. T Rex: Who Was The Deadliest Predator?

Will apes be able to talk someday, as shown in the movie?

There have been several points in history that acted as stepping stones for human civilization to evolve to its current state. The discovery of fire was one of them, as was the enlargement of our brain.

However, some people might argue that none of these were as crucial as the development of speech and the ability to communicate freely. Humans first learned to speak about 1.75 million years ago (NPR), owing to certain developments in our vocal box and the central nervous system. The initial sounds made were primitive.

However, language evolved rapidly, changing the destiny of our species. 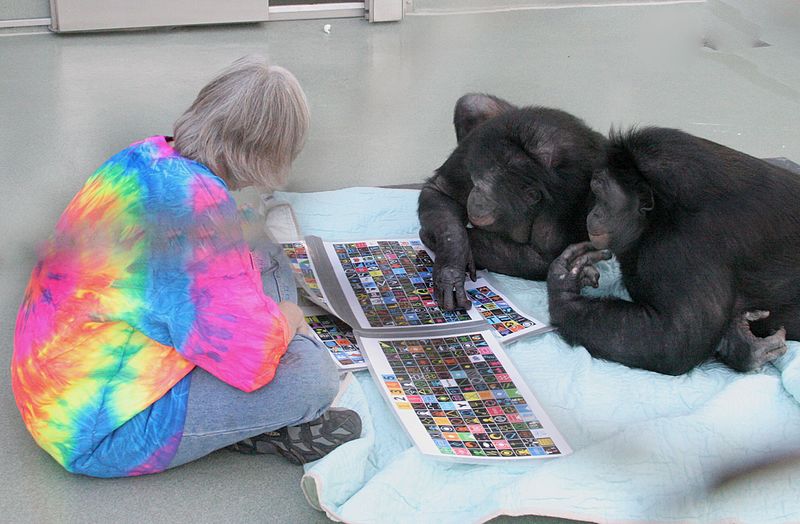 Different movies have portrayed the communication skills of our fellow primates in various manners. However, sign language has always been the go-to choice.

While it is true that certain apes have shown exemplary progress in learning various signs for communication (Koko the gorilla had a vocabulary of about 1,000 signs equivalent to 2,000 English words), the same cannot be said for their entire species. Just like some humans turn out to be extraordinarily smart, the same is true for other species of great apes.

The use of sign language requires a highly developed brain and a complex neural network that our ancestors do not possess as of yet. 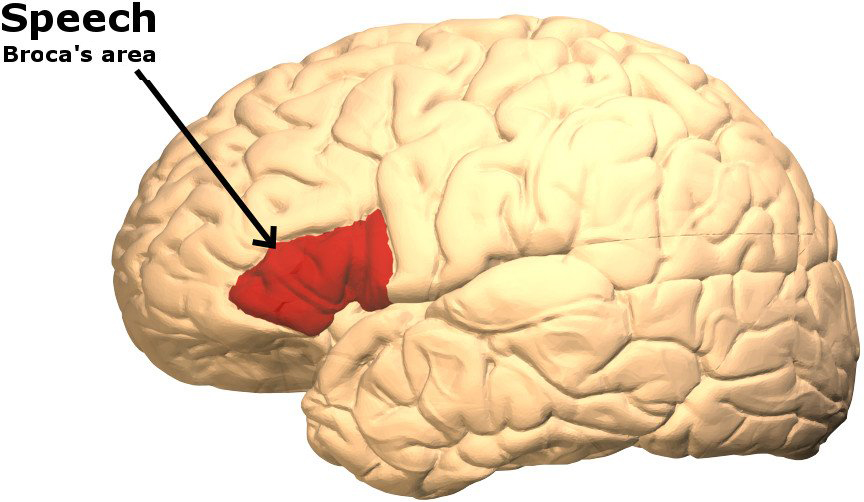 The lack of a neural control center is another hurdle between apes and verbal speech. You see, apes have a vocal tract that is speech-ready, but the cortical region of their brain (responsible for speech in most mammals) is not evolved enough to fully function.

The smaller size of their brains also proves to be a hindrance in this regard. In the future, we can expect the brains of our fellow primates to enlarge (just as ours did) and some genetic changes might also remove the other issues discussed, but that day lies somewhere in an unknown future.

However, all of this is not as easy as it sounds. As discussed previously, evolution is a time-consuming process that requires a lot of things to go correctly. A gene can mutate in thousands of different ways, but only one of them would give the desired result, and even then, it would need to be in the right combination with other mutations and genetic characteristics. All in all, in the near future, if you find an ape asking you for the nearest subway, you’re probably dreaming or hallucinating.

What about the war and all the societal organization?

It took human beings about 200,000 years to civilize. Coordination amongst different individuals of a group may look like a simple thing, but it’s not. It requires a fluent communication process and some rules that exemplify a general idea shared by most of the members of the group, if not all.

The advancement of civilization works on a “feedback loop”. This term, which you may have heard of before, has an extremely simple, yet interesting meaning—we learn from our mistakes. Individuals try to perform tasks, but fail. Subsequently, they take the feedback from the unsuccessful results and try again until success is achieved; naturally, all of this takes a lot of time.

However, the process of forming a civilization has been fast-forwarded by about 20,000 times in the Planet of the Apes movies, which is essentially impossible.

Having discussed some of these societal aspects, let’s now come down to some of the physical barriers. Apes don’t walk standing up straight; they are knuckle walkers, meaning they crouch in an unusual manner and use the help of all four limbs to move. The reason behind this is their long arms and short legs, coupled with cone-shaped torsos. These adaptations help them in climbing efficiently, but are certainly not suitable for keeping their backs straight. The stance is really important in combat situations, so apes achieving a human like-stance in a short period of time seems impossible. 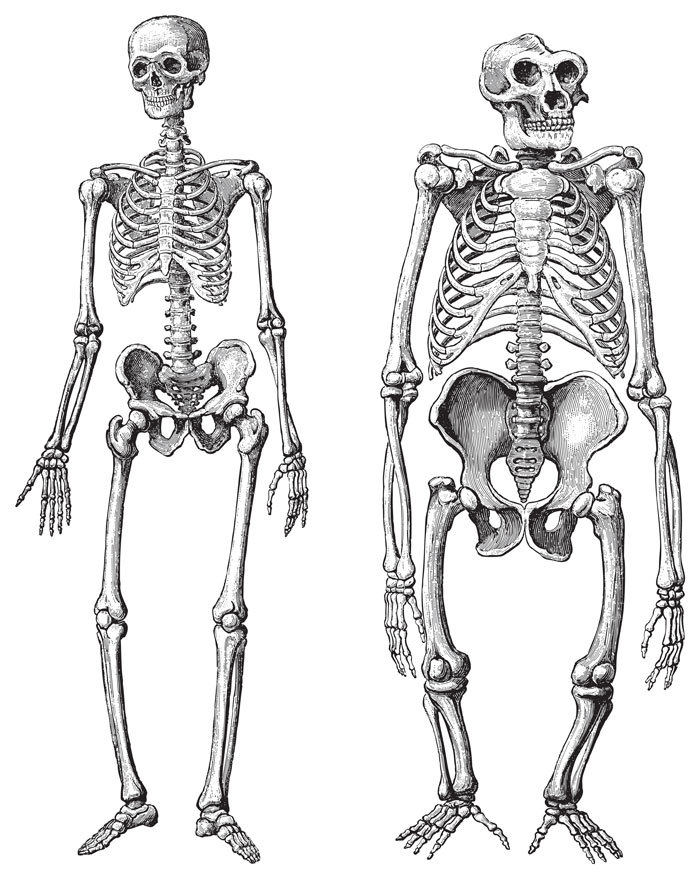 Apes have five fingers in their hands, just like a regular human. However, their palms are a lot bigger and more rigid than ours, making them inefficient in performing sensitive tasks using their hands. These include simple things like pressing a button or complex things, like calibration. Thereby, even if apes overcome the intelligence barrier and somehow learn to operate human equipment, I’m afraid they would fail when it comes to detail-oriented work, owing to their physical limitations.

Most of the conclusions I wanted to ascertain have already been drawn in this article. Evolution, as Darwin explained is the one and the only road down the line of time, and it’s a long one! Apes, just like every other species, will certainly follow it, but not in the manner shown in the movies. Some catalytic agents (like the Alzheimer’s antidote depicted in the movie) might help in speeding up the process, but that is a highly debatable argument. However, the point I wanted to highlight in this final word is something else.

The human race is wedded to the idea that it is special. Whether we want it or not, subconsciously, all of us have similar ideologies. That is how we have been raised. Early Christian sayings have asserted that humans possess a soul, while the rest of the animal kingdom does not.

This can also be interpreted from numerous other religious texts. Our irrational and self-centered use of the planet’s resources, and our inconsiderate behavior towards other species is a direct result of this. However, this must change. Evolution might have come to us early, but it will certainly reach other species, who have just as much right to this planet as us.

If nothing else, the rise of another species equivalent to us in every aspect would certainly make us ponder over the critical question—What is it to be a human?