Home
Humans
If A Large Brain Means More Intelligence, Why Hasn’t The Elephant Outperformed Us?

The animal kingdom is an extravagant talent show. Each animal displays its own unique and mesmerizing skills. The lion roars, the peacock dances, the snake slides, the rat, well, it gnaws, and humans think. However, what makes us so successful as the dominant species on Earth?

Of course, “success” is very subjective. Many evolutionists argue that the zenith of our civilization — language — the love child of cognition and creativity, is just another skill in the mix. In other words, they argue that there’s nothing particularly special about us.

For instance, we don’t have long wrinkled trunks that can lift heavy objects or store abundant water. We lack sharp claws and quick feet to catch and kill prey. These are skills exclusively boasted by elephants or other carnivores, respectively. However, we can make the tools to accomplish the same.

Where does intelligence live?

So, what sets us apart? Cognition. At least, it distinguishes the primates from other species.

When we restrict the playing field to complex decision-making, abstract problem-solving and planning, no other species trumps us. In fact, it is this inquisition itself, this contemplation of our own constitution, that makes us so successful. However, where does cognition finds its roots?

The brain has been neatly divided into numerous regions. That being said, drawing boundaries to distinguish these regions has always been a difficult task. They are still ambiguous due to the brain’s plasticity. Even so, scientific literature has managed to narrow down intelligence to two regions: the cerebellum and the cerebral cortex.

The cerebellum is responsible for regulating our most primitive emotions, such as pain, hunger, libido or sleep. It is relatively small, and is often called the reptilian brain, due to its primitive functions and its position – hidden deep beneath the cerebrum. The cortex, on the other hand, deals with higher functions, such as thinking, imagining, language acquisition and making memes of course.

However, the brain isn’t completely analogous to a computer; there are no distinct regions that specifically account for a given function. Rather, every region across both the hemispheres works in tandem to generate our varied abilities. So it seems that the cerebellum and the cerebral cortex might be of equal importance, as they account for the majority of neurons in any brain.

If cognition emanates from the brain, then surely more brain guarantees more cognition? More brain, more neurons and consequently more intelligence, more abilities. The African elephant has a larger brain than ours, roughly three times bigger, in fact, so why hasn’t it outperformed us?

This train of thought also inadvertently implies that all brains are made in the same way, and that the sizes of the cerebellum and cortex increase in equal ratios. The perks of being highly intelligent.

Nature would strongly disagree. Conventional wisdom directly equates evolution with progress. But evolution is simply the sum of tiny changes over eons. Yes, primates do have smaller brains and a lesser number of neurons, but what distinguishes them is how those neurons are distributed.

As already mentioned, most of the neurons are situated in the cerebellum and the cortex. However, the distribution of neurons across these regions is found to be asymmetrical. In this disparity lies the answer to our question.

Suzana Herculano-Houzel, a Brazilian neuroscientist and the head of the Laboratory of Comparative Anatomy, Institute of Biomedical Sciences, Federal University of Rio de Janeiro, with the help of her students conducted an insightful experiment in which she set out to literally count the number of neurons in an African elephant’s brain. This is exactly what she found. The total number of neurons in an elephant’s brain was found to be a staggering 257 billion, three times that of a human, a mere 86 billion! However, 98% of the 257 billion neurons resided in the cerebellum. The remaining 5.6 billion were found in the cerebral cortex. Compare that to the whopping 16 billion neurons found in our cerebral cortex!

The astronomical magnitude of neurons in the cerebellum is inconsequential. Her ingenious experiment illustrated that our superior cognitive abilities can be traced to the large number of neurons densely packed in our cortex, instead of the cerebellum. The number of cortical neurons are the most superior than any other species on our planet. Humans have been particularly fortunate though, for we descend from primates, who were the first species to welcome this trend. Later, technological innovations by our ancestors supplemented our intelligence.

Cooking our own food allowed us to escape the energy constraint that limits all other animals to the smaller number of neurons, which can only be afforded by a raw diet. In fact, cooking our own food may be the primary reason why we were able to aggregate so many neurons in the cortex in the first place.

The short URL of the present article is: http://sciabc.us/pYrIf
Help us make this article better
Prev Article Next Article
About the Author: 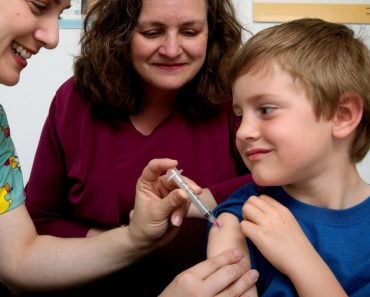