Asthma inhalers work by relaxing the muscles wrapped around the airway (of the patient) when they are inappropriately contracted (this condition is called bronchospasm, i.e., tightening of the muscles that line the airways). During an asthma attack/crisis, the airways in the lungs get so tight they almost shut off. The result of this can be deadly. The inhaler contains certain medicinal molecules that forcefully relax that tightness in the airways.

You may often see in movies, or even in real life, that some people carry an inhaler with them at all times. As a kid, I never understood what those little things were, nor what exactly they did. Later on, I came to learn that those ‘little things’ were called ‘inhalers’, and that their accessibility in a particular situation could mean the difference between life and death. 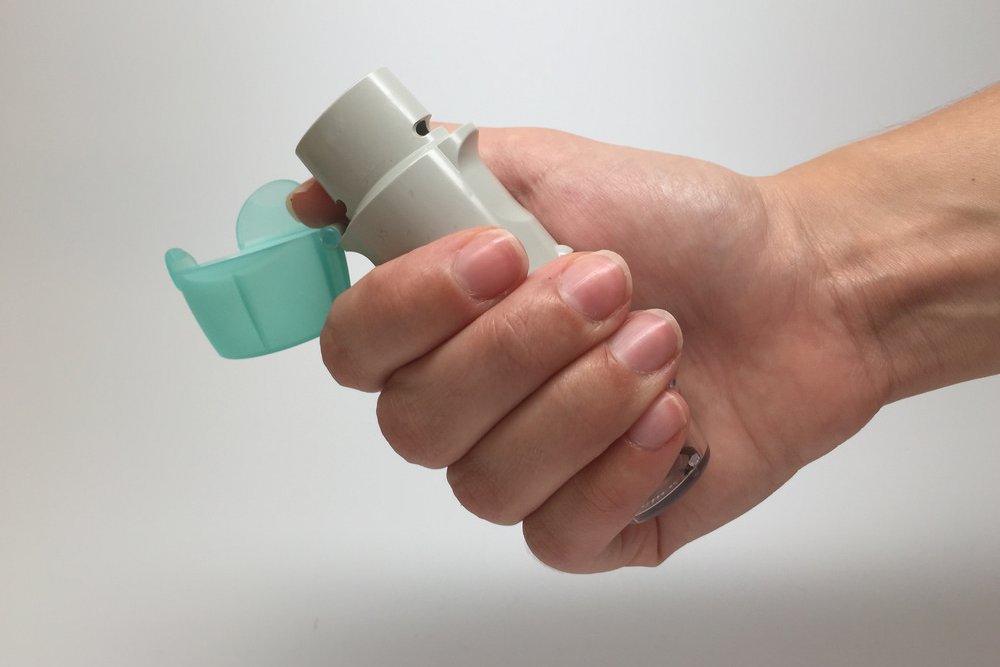 The question is, what is an inhaler and how does it work? In order to understand that, it’s imperative that we first take a brief look at how asthma affects a person’s breathing.

How Does Asthma Work?

Asthma is a lung-related disease that you have almost certainly heard of before. It’s a long-term condition that affects the patient’s airways, i.e., the internal tubes that move air to and from the lungs.

Since asthma affects a patient’s breathing, the most common symptoms of asthma include shortness of breath, chest tightening, difficulty breathing, coughing and wheezing.

When an asthma patient comes in contact with one of the many asthma triggers (e.g., cold air, alcohol, pollen, cigarette smoke etc.), the airways react in three ways: the muscles wrapped around the airways contract, making the airways narrower than usual. The lining of the airways also begins to swell and becomes inflamed. Lastly, phlegm or sticky mucus starts to build up, which only worsens the condition.

These are the main reasons why an asthma attack can turn quite dangerous, and may even be fatal if not quickly remedied!

How Does Asthma Affect The Airways? 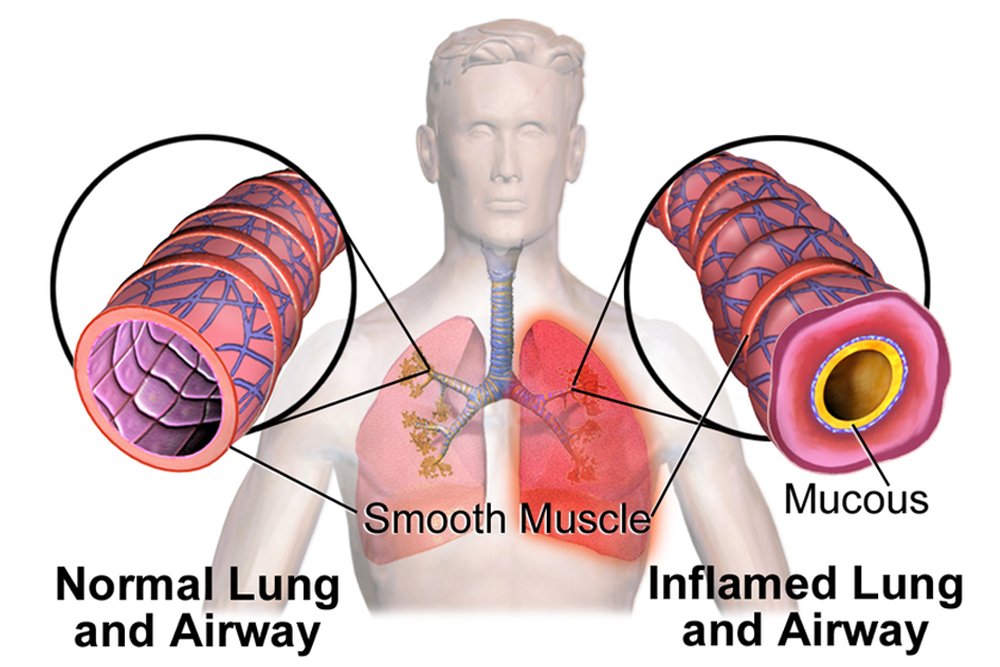 The ASM helps to shrink your airways in the event of an irritant or unwanted foreign particle entering the airways. This is a good thing, provided that you have no lung-related conditions, as the ASM shields your lungs from irritants.

However, if you have asthma, the ASM becomes too sensitive. As such, it can constrict the airways, even when it encounters stuff that isn’t dangerous, such as cold, dry air. The smooth muscle constricts the airways, which makes it very difficult for one to breathe.

This is where inhalers come in to help.

How Does A Rescue Inhaler Work? 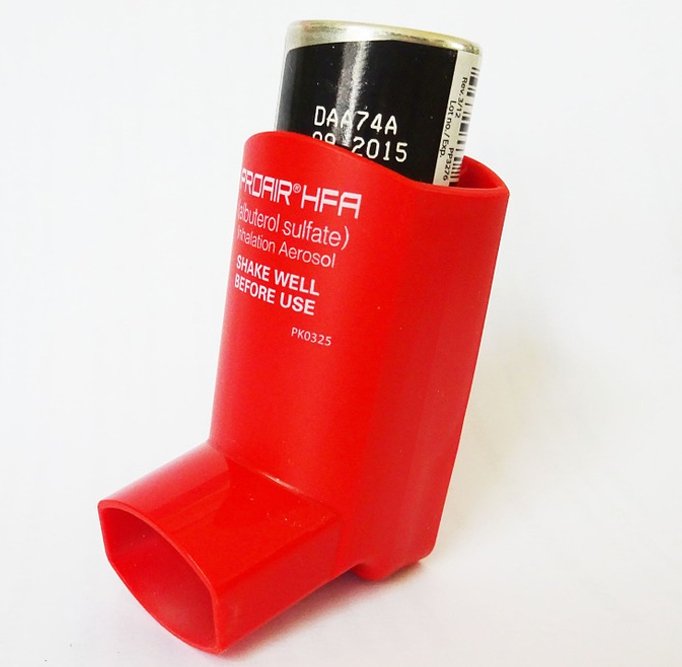 Inhalers have different sorts of medications in them, all of which work in relaxing the airways. The most popular inhaler prescribed for quick and short-term relief is the type that contains a drug called albuterol.

Albuterol binds to receptors on the surface of the smooth muscle cells that line the airways, which, in turn, relaxes the muscle. As a result, the airways become less constricted, allowing the patient to breathe normally again.

Inhalers can come in two types: sold and aerosol, both of which directly target the airways and lungs. Aerosol inhalers have a liquid that contains gases dissolved under pressure. When the inhaler is squeezed, it releases millions of tiny droplets that are inhaled and subsequently absorbed by the mucous membrane and bloodstream. If the inhaler contains albuterol, it dilates the airways.

A metered dose inhaler (MDI) is the most common type of aerosol inhaler. This is the type you have most likely seen asthma patients carrying around on their person.

A closeup of the release of aerosol particles of an MDI. (Photo Credit: Wikip2011/Wikimedia Commons)

Solid inhalers contain drugs in powdered form. Dry Powder Inhalers (DPIs), as they are usually called, release a device-measured or metered dose of powdered medication that is inhaled through a DPI (dry powder inhaler) device.

Also Read: How Do Anti-Allergens Work To Suppress Allergies? 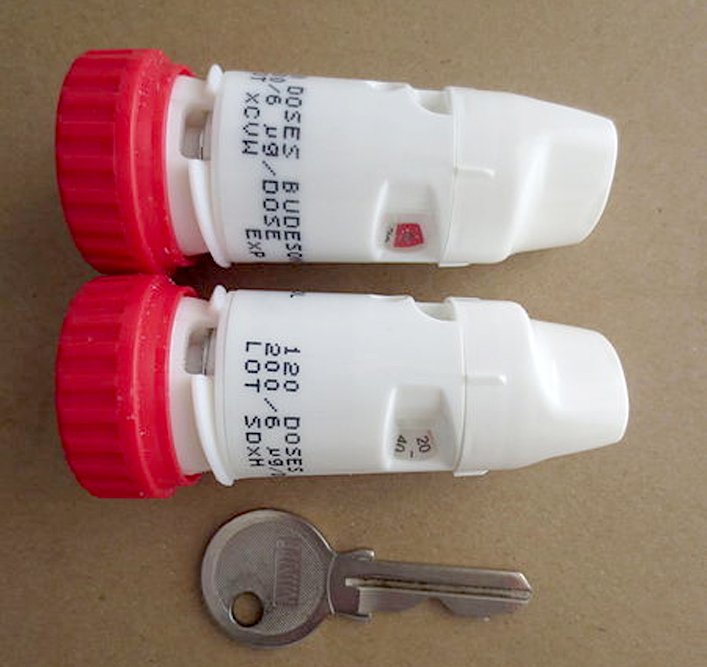 Regardless of the type, all rescue inhalers target the airways and/or lungs and ensure that they dilate them enough, helping the patient resume their normal breathing patterns.