HIV is a virus that infects humans and causes AIDS, which is the final stage of the infection. HIV is a retrovirus, which means that its genetic material is RNA instead of DNA. HIV attacks the immune system, specifically a type of cell known as T-cells. T-cells help the immune system fight infections and cancers. HIV is spread through the bodily fluids of infected people, most commonly through sexual encounters and sharing needles. There is no known cure for HIV, but there are treatments available that can help a person live for a long time.

HIV is the virus that infects humans, and AIDS is the final stage of the infection caused by it. It is a deadly disease, which can have fatal consequences. There are 3 stages of HIV infection: acute, clinical latency and Acquired Immunodeficiency Syndrome (AIDS).


One of the deadliest diseases in human history is HIV/AIDS. It has claimed millions of lives since it was first discovered in the 1980s, and is also a major contributor to social isolation. However, contrary to popular opinion, HIV doesn’t actually kill you. Surprised? It’s true. Before getting into details, let’s understand what makes this virus so special.

Viruses lie on the border of the living and nonliving. By themselves, they are said to be nonliving until they can infect a suitable host. Viruses are usually just DNA or RNA strands protected by a protein coat. Retroviruses have RNA as their genetic material. Once they infect our cells, they convert their RNA to DNA and then integrate themselves with our own DNA. Our cells then act under the assumption that the viral DNA is part of itself, and sets out making multiple copies of it. In this way, our own cells end up producing the parts of the virus that are assembled to form viral particles. These then leave the cell and are capable of infecting other cells.

In contrast to this, normal viral particles take over our cells, rather than become a part of them. They are, therefore, detected quickly and eradicated from our body.

Another factor that makes them resilient is that their ability to convert their RNA to DNA makes them more susceptible to mutations. Hence, they are harder to cure, as they can evolve faster.

HIV comes under the category of retrovirus. This virus attacks our immune system, specifically a type of cell known as T-cells, among others. T-cells, apart from fighting off infections, are also responsible for preventing our immune system from attacking its own cells.

Once it infects our immune system cells, it starts multiplying and destroying our cells in the process. This weakens our immune system, leading to infections and cancers from which we wouldn’t normally suffer. The virus is spread through the bodily fluids of infected people. The most common causes are sexual encounters and sharing needles. Blood transfusions and organ transplants, although rare, can also cause infection. They are rare, due to the screening tests performed before the procedures are carried out. A mother can also pass on the infection to her child, as the virus is capable of crossing the placental barrier.

Once inside our body, the virus starts spreading and killing our cells. The infection occurs in 3 stages. 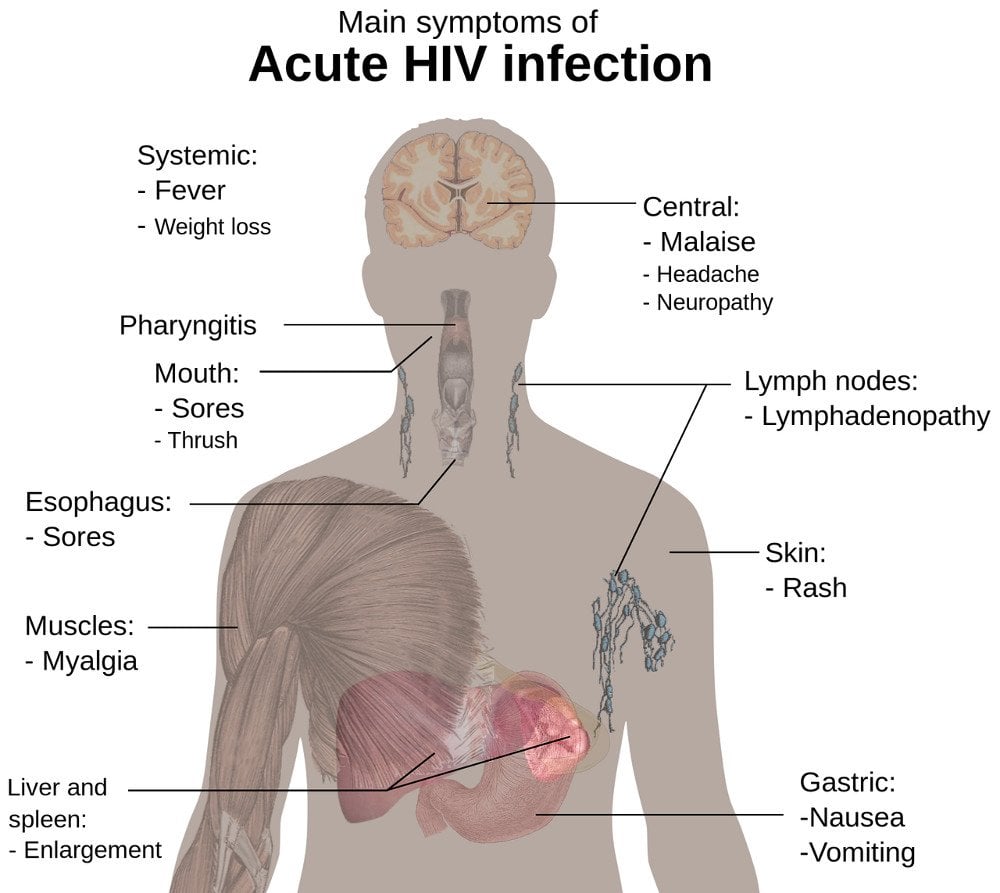 Now comes the interesting part – the reason that HIV doesn’t kill you. HIV is an infection that renders our immune system useless. This makes us highly susceptible to other infections, like a spaceship without its shields. It’s not the loss of the shield that directly kills, but rather, the fact that it’s now open to attack. Similarly, it’s not the infection that kills us directly, but the other opportunistic infections we suffer through as a result of a weakened immune system.

Also Read: How Does Our Body Fight Viruses?

There are no known cures for HIV. However, there are options available that can allow a person to live for a decent lifespan. These are called Antiretroviral Therapy (ART). These are a combination of drugs that can slow down the spread of the infection and allow a person to live longer. The sooner they are started, the better their effects will be. These can be started at any stage of infection, including AIDS, but it’s best to start them in the first stage. People have been known to live for 15-20 years without any serious health issues with the help of ART.

However, keep in mind that it is impossible to completely get rid of HIV. Once a person contracts the virus, they must live with it forever.