Home
Humans
Why Does Chemotherapy Cause Hair To Fall Out?

Cancer is one of the deadliest diseases on the planet, causing millions of deaths each year in every corner of the globe. In addition to bodily discomfort, cancer takes a toll on the psychological well-being of patients, as well as their family members and friends. The good thing, however, is that cancer can be treated successfully if it is detected at an early stage.

Speaking of treatments, you’ve most likely heard about chemotherapy in relation to cancer treatments. You might also know that one of the most glaringly visible side effects of chemotherapy is the drastic loss of  the patients’ hair. In some cases, it’s so severe that people go completely bald!

The question is, why does chemotherapy cause hair to fall out?

The term ‘chemotherapy’ refers to a type of cancer treatment that uses anti-cancer drugs, along with certain other chemical substances, to treat cancer patients. It is one of the leading fields of medical oncology – the medical discipline devoted to curing and treating cancer. The purpose of chemotherapy sessions can be different, ranging from alleviating the symptoms and prolonging life to curing the ailment altogether, according to the type of cancer and the condition of the patient. Chemotherapy can consist of different methods of treatment. One of them is ‘systemic therapy’, where the prescribed drugs are introduced into the blood stream of the patient and are supposed to be able to tackle the cancer in any part/organ of the body. Surgery, radiation, or hyperthermia therapy can also be used in addition to systemic therapy for more favorable results.

Why does chemotherapy cause hair loss? Baldness is one of the side effects of chemotherapy (Image Credit: National Cancer Institute / Wikimedia Commons)

Anti-cancer drugs and treatments do have certain side effects. One of the most obvious and visible side effects is hair loss. A patient’s hair usually begins to fall out after 2-4 weeks of chemotherapy treatment. Loss of hair may be gradual or very rapid and drastic (chunks of hair falling out at once).

You see, these drugs and medications are made to be very powerful, as they are supposed to tackle tumors and malignant growths at the cellular level. In other words, these drugs attack cells that grow at a rapid pace. Unfortunately, these drugs can also attack other healthy, non-malignant cells that also grow rapidly once the treatment is administered to the patient.

Hair follicles, a tiny skin organ responsible for producing hair in humans by packing old cells together, is also one of the fastest-growing cells in the body. 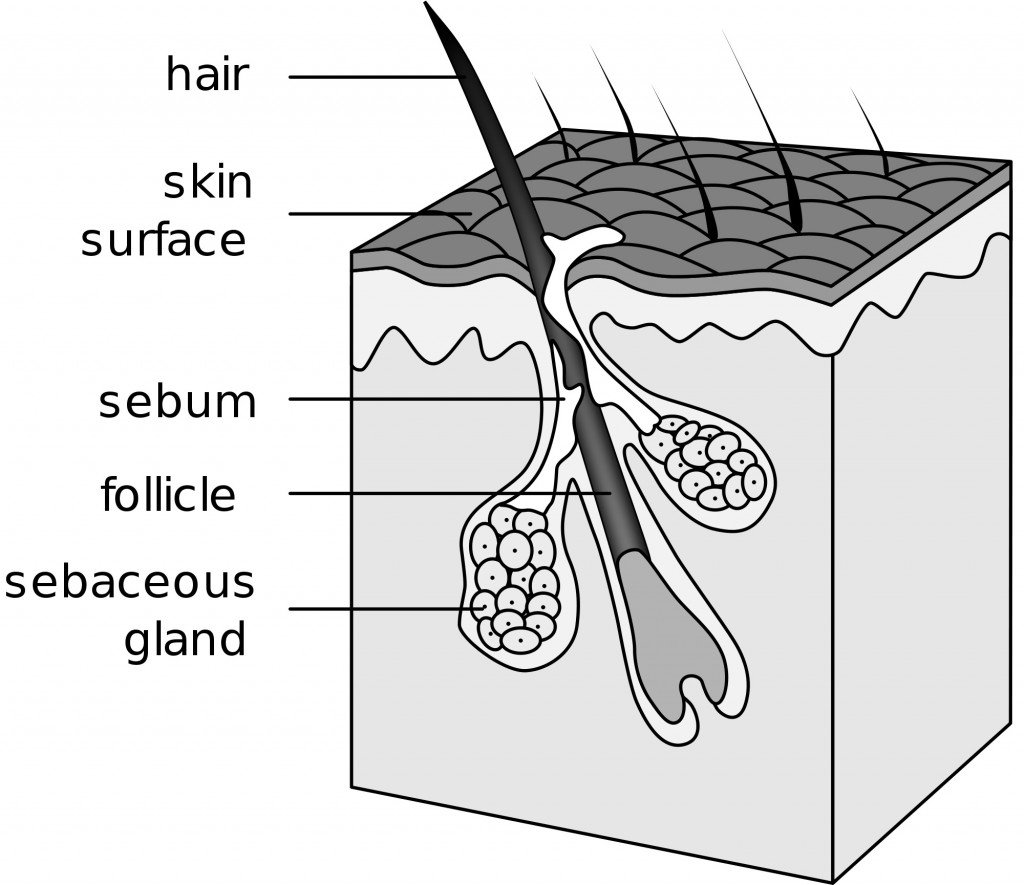 Consider this: hair follicles divide periodically every 24 to 72 hours in a healthy individual! (Photo Credit: en.wikipedia.org)

So, while working against malignant cells that divide rapidly, anti-cancer drugs also attack these hair follicles, therefore impeding hair growth and causing hair loss. Some medications cause patients to lose hair only on their heads, while others result in loss of hair on the legs, arms, eyebrows, eyelashes and pubic areas.

Chemotherapy does cause hair loss, but the extent varies according to the type and duration of the drugs being administered. Drugs like Adriamycin, when used during the first few weeks, usually results in loss of hair on the head (some women also lose eyebrows and eyelashes), whereas taxol (another anti-cancer drug) generally causes complete hair loss all over the body.

Some treatments have been proposed to prevent hair loss, including scalp hypothermia and applying minoxidil to the scalp before and during treatment, but none of these have been found to be absolutely effective in every case. In addition to bodily discomfort and pain, a patient suffering from cancer is also prone to immense psychological distress due to the symptoms and side effects of the chemotherapy treatment. So, in the end, it all comes down to the patient’s physical well-being, emotional fortitude, and the support of their family and friends to survive the difficult times and beat this deadly disease.

The short URL of the present article is: http://sciabc.us/BFpnu
Help us make this article better
Prev Article Next Article
About the Author: