Approximately 1 in 100 women possess a rare genetic variant of a gene that influences the perception of pain. Women with this mutation appear to have a slightly higher pain tolerance and so they do not experience as painful labours.

Childbirth is acknowledged as one of Mother Nature’s miracles. The sheer awe of bringing a new human life into this world is marred only by the pain that invariably accompanies it.

The majority of women want to experience having children, but would very much prefer to do so without the pain that comes with pushing a big-headed baby out of their body. Labor is universally accepted to be one of the most, if not the most, painful experience a person can have.

Now, imagine going through the birthing process, but with a lot less pain, and without the aid of drugs. Sounds unreal? Surprisingly, there are some women who don’t seem to have very uncomfortable or painful deliveries. They don’t scream out in pain or require painkillers, and seem to be relatively more at ease than their long-labored counterparts.

Scientists have figured out the reason behind this blessing bestowed on a select few women. A variation of a particular gene in such women considerably reduces the ability of nerve cells to send pain signals to the brain.

Which gene is responsible for this superpower?

A study led by scientists from the University of Cambridge identified the gene, known as KCNG4. This gene codes for a protein KV6.4, which is a part of a gateway through which pain signals pass from nerve cells to the brain. 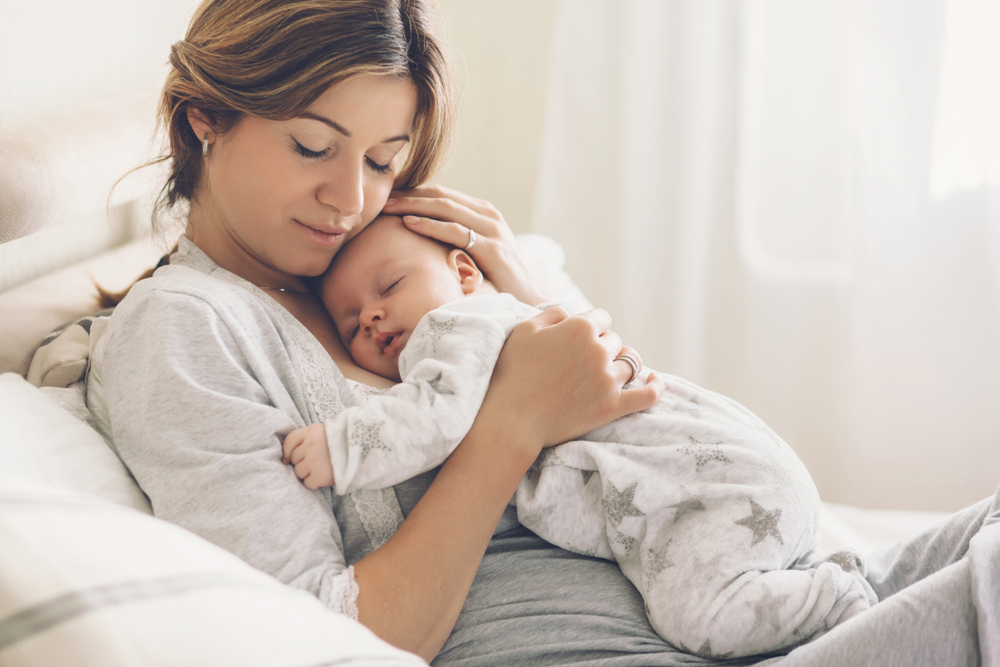 To understand this better, let’s go back to the basics for a bit. Each gene is located on a specific site on a chromosome. Each of our wonderful parents possess two copies of a particular gene, which can either be slightly different from each other, or they can be the same.

However, only one copy of said gene is transferred to their offspring. Being diploid organisms, we all have two copies of each gene, with one inherited from each parent.

That being said, we can have various forms of our genes, known as alleles, which can arise due to mutations. It’s a lot like having chocolate ice cream from different brands and outlets – they are all chocolate, but each one tastes a little different from the others.

Coming back to our main topic, the scientists discovered from their study that 1 in about 100 women possess a variant form of the KCNG4 – termed KCNG4 rs140124801. Possession of this particular variant (or flavor) results in a decrease in the ability of nerve cells to send signals to the brain. 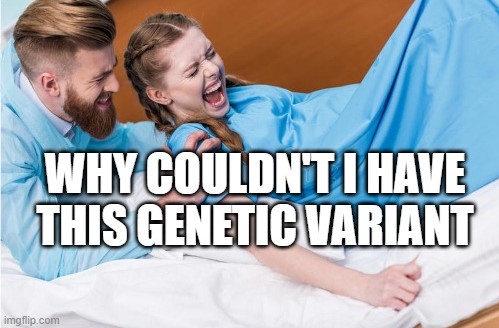 It is because of this unique allele that some women feel less pain during labor and may not require painkillers. It has been observed that women who possess this rare gene variant showed a slightly higher pain tolerance in general (not just during labor), as compared with women who had the more widely occurring allele.

How does KCNG4 regulate pain sensations?

The wild type (normal) variant of the KCNG4 gene leads to the production of a protein subunit KV6.4. This protein, when coupled with another protein called subunit KV2.1, forms a channel through which pain signals are conducted to the brain.

In the rare variant form of KCNG4, there is change in the amino acid, leading to a slightly different subunit protein structure. With this change in structure comes a decrease in its functionality; the altered protein subunit (KV6.4-Met419) does not work as well with KV2.1.

With the altered subunit protein not functioning as well as the normal one, the bulk of the load of conducting pain signals falls on the KV2.1 protein alone, which is not as efficient without the KV6.4 protein.

Possessing the KCNG4 variant leads to a decrease in the ability of nerve cells to conduct pain signals to the brain, leading to a weaker sensation of pain.

What is the downside to this mutation?

Scientifically speaking, these women are considered to have a genetic defect. Apart from having a slightly higher pain threshold, no other effects of this “genetic defect” have been noted so far.

Compared to women with the wild type gene (normal), the women with this gene mutation feel less pain, so you could call this genetic variant as nature’s anesthetic.

The researchers also looked at the possibility that these women couldn’t process the pain due to differences in brain function caused by this gene, but found no evidence to support this hypothesis.

It’s not like the nerve cells in these women weren’t functioning; it was just that the protein KV6.4-Met419 makes it harder for the nerve cells to carry the pain signals.

Such women still have labors that are just as difficult as the normal gene variant individuals, but their experience is somewhat dulled due to the lower signal transmission. It makes them tolerate more physical stress without actually feeling the brunt of it.

Yes, 1 in about 100 women is lucky enough to experience less painful labor and childbirth. Women with the KCNG4 gene variant were found to have relatively more comfortable labor experiences, and did not require pain relievers.

No other consequences of this gene mutation were seen in these women – they were healthy and normal in every way, except when it comes to the efficiency of conducted pain signals.

Scientists hope to develop a pain management drug that can target KV6.4, and temporarily reduce the ability of nerve cells to send pain signals to the brain. This could provide a more suitable avenue to moderate labor pain in women, eliminating the complications that can arise from using epidurals or painkillers.