The human body has evolved from being a normal primate (think of our tree-swinging ancestors to make a visual connection) to the sleek and stylish model that we show off today. In any process of evolution, the body undergoes dramatic changes in order to accommodate and adapt itself to the requirements of nature.

During this process, some parts of the body develop additional organs to supplement their strength, some are transformed completely, and still, others get outright eliminated by nature’s strongest mechanism. However, there is another class of organs that do not fall within any of these categories; the organs that are present in the body, but no longer serve any purpose.

What are Vestigial organs?

Vestigial organs are basically smaller in size (when compared to similar organs in other animals) and have either lost their function or are about to. These organs become dormant because of adaptations to the organism’s natural surroundings and the organism’s habits. Basically, these organs are simply there – hanging out in the body, and could actually cause problems for human health, without offering any benefits.

Now we will try and understand the organs and their functions (if they had any) that they used to carry out before they became dormant!

This is an organ that is present at the junction of the large and small intestines, which makes many people think that it plays some role in the digestive process, but it serves no purpose whatsoever. 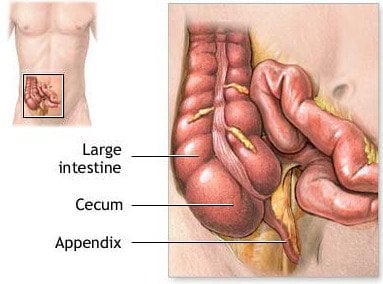 The main function of the appendix is to aid in digestion for diets that are largely herbivorous. This is why the appendix is an important part of digestion in plant-eating vertebrates, but in humans, it doesn’t serve any purpose as far as we know. However, a study in 2009 showed some signs that the appendix may store some useful bacteria that can help people suffering from diarrhea. Frankly, what we know most about it is that it can become inflamed and painful, and thus has to be removed in cases of appendicitis!

With all the money spent on removing them and all the pain that one has to endure during the process of that removal, it’s frustrating to know that wisdom teeth don’t serve any practical purpose. They are simply the remnants our ancestors’ teeth, who had larger jaws than we currently do. The reason why wisdom teeth have no use anymore is that human jaws have become smaller as they evolved, leaving little space for wisdom teeth to grow in comfortably. Another reason behind their existence is the fact that our ancestors lost their teeth rather fast as they age, so wisdom teeth could potentially reduce their woes and allow them to eat normally (and thus survive) for longer.

We all know about body hair, but what exactly are arrector pili. These are the smooth muscle fibers that give humans the peculiar sensation we commonly call “goosebumps”. If the arrector pili are activated, hair that comes out of the nearby follicles stands up, giving us those famous goosebumps on our skin. Goosebumps are important to certain animals (like cats), which use those hairs on the body to swell up and make themselves look ‘bigger’ than they actually are, thus warding off predators, but human body hair is so small and thin that it does little more than give us a shiver, or let us know that something is frightening us!

Yes, I suppose that you can say that body hair protects us from the cold, and the hair on our head may help you look stylish, but that’s about it for legitimate functions of human’s body hair and Arrector pili.

Although we don’t sport these animalian appendages anymore, our ancestors (not grandparents) once had tails. Tails were used to maintain balance while we walked, but as the human body evolved, the need for a tail disappeared.

The tailbone (coccyx) is situated at the end of the spinal cord. When we did have tails, this part of our anatomy was vital to our survival and balance. However, as tails disappeared, so did the functions of the tailbone. Still, it has been suggested that the coccyx helps to anchor minor muscles and may support the pelvic organs, so, it’s better to not underestimate its existence in the human body (or any other organ mentioned in this list).

This has been a topic of significant discussion over the years, and has sparked all kinds of weird arguments, one even stating that ‘men have descended from women’. This is obviously not true, but if you want to know the real reason behind male nipples, one has to go pretty far back, all the way to your time as a fetus.

Both men and women have nipples because, in the early stages of fetal development, an unborn child is effectively sexless, i.e., does not have any gender yet. Thus, nipples are present on both males and females. During the later stages of fetal development, it is ‘testosterone’, a hormone, that decides the gender of the fetus – either male or female. It should be noted that certain males have been found to lactate and there have been numerous cases of breast cancer in males.

This is the part of the eye that you can see at the corner of the eye (next to the tear duct). Although certain animals, like dogs, reptiles, and fish, need it for a variety of functions and protected vision, humans do not need this third eyelid for the maintenance of proper vision or survival. 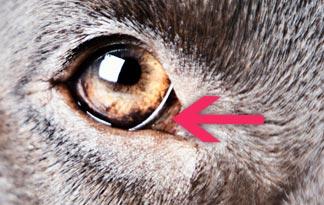 This doesn’t mean that the third eyelid does nothing and just sits there. When we move our eyes, the third eyelid (plica semilunaris) ensures proper tear drainage and sweeps debris away from the eye. For anyone who has ever walked along a windy beach, we can appreciate that particular function, right?

These were just some of the body parts/organs that we possess, but don’t completely understand in terms of direct functions for our lives. Who knows, perhaps they perform some secret functions that we don’t know about, but we’ll keep our eye on them. Until we know for absolutely sure, it’s a good idea to just stick with the organs you have. Don’t mess with your own body unless a doctor tells you that it’s time for that appendix to come out!

References
The short URL of the present article is: http://sciabc.us/5OGHd
Help us make this article better
Prev Article Next Article
About the Author