Cognitive scientists believe that swearing simultaneously mitigates this pain. Clinical psychology has shown that swearing might be cathartic and relieve us by purging our negative emotions. One study Bergen cites is an experiment where subjects were asked to place their hands in nearly freezing water to examine how long they could persist. The results depicted that subjects who were allowed to swear performed better than the subjects who were barred from swearing. This showed that swearing alleviated their pain.

An estimate reveals that people indulge in profanity 0.3-0.7% of their speaking time. This is perceived to be a marginal amount of time, but it is quite a significant portion when we consider our overall speech. Swearing seems to be an exaggerated version of the “ouch” or “oww” that we grunt when we stub our toe. Profanity spurts out like a reflex.

However, besides its “socially unacceptable” nature, we often amusingly curse our friends and use profanity for humor as well. Surprisingly, despite its ubiquity in social speech, we are often surprised when a politician or sportsperson utters an expletive on television. When it comes to profanity, moral policing is so severe that sportspersons are imposed with hefty fines as a penalty for having a “potty” mouth. 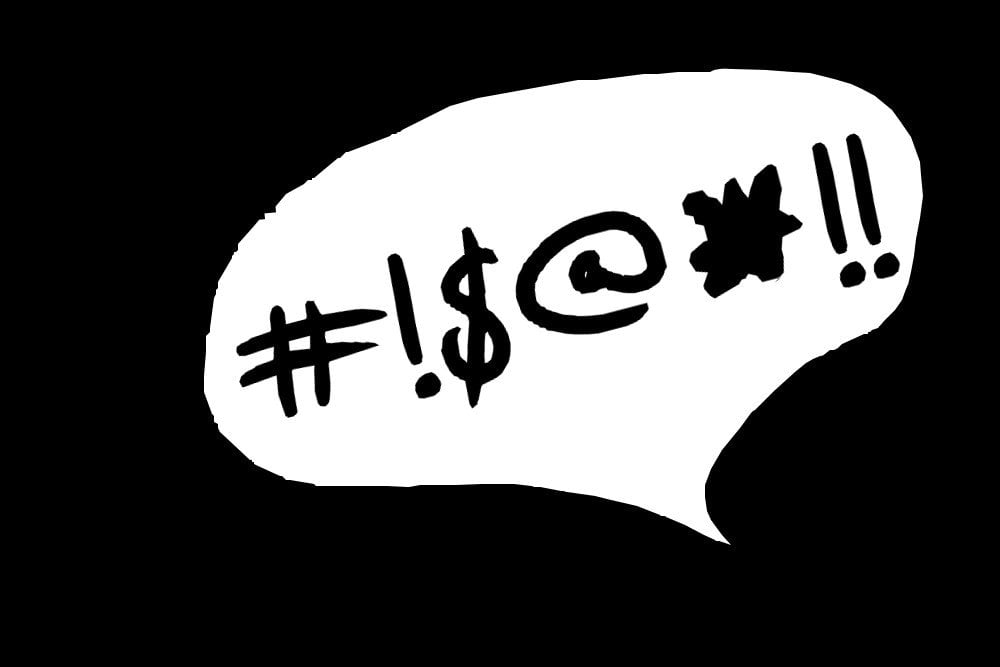 Taboos are areas one mustn’t trespass, but we must cleave the cobwebs and pursue this forbidden dark alley. The nefarious reputation that we ascribe to a taboo is purely a social construct, but from a scientific standpoint, we must separate the expletive from the perturbation attached to it and try to understand what purpose it serves.

In short, why do we swear?

Swearing As A Way To Signal Threat

According to Benjamin Bergen, a cognitive scientist, “we communicate ideas through time and space using a limited bandwidth. We use it to convey facts, but we also use it to convey emotional information. That drew me to the words that have the most emotional content and drive the strongest emotional reactions: profanity.”

Bergen is so fascinated by profanity that he has written a book about it titled What the F. He stresses that one must learn about profanity because it reveals a lot about how the brain processes language, our apprehension of cultural values, and ourselves. One evolutionary purpose that swearing might serve is signaling a threat. Our ancestors might have blurted a curse when they encountered an unexpected difficulty such as an attack or a sudden sensation of pain. This sort of brief soliloquy to tell others what we just experienced is central and very ancient to us. In this way, a hunter-gatherer signaled a threat and warned their kin about the pain they had just experienced.

To depict his agitation, a hunter-gatherer had to choose a word that is statistically seldom used, probably because it incites abhorrence or is considered blasphemous. Such a word would generate an immediate and intense emotional response in others. Shouting something arbitrary like wood or simply shouting doesn’t seem to invoke an intense emotion as much as an expletive does. Any word plucked from one of these branches usually introduces a highly emotional component into the discourse to express frustration, anger or surprise. In fact, two-thirds of our swearing is utilized for such expressions. The biological evidence for this claim is the activation of the amygdala — the pain or anxiety center of our brain — when we swear.

This is revelatory because language has been known to spring from the left hemisphere, not from regions buried deep in the right. This explanation is also backed by Steven Pinker, a cognitive scientist, and one of my favorite writers, in his bestseller The Stuff of Thought. Pinker has been known to be an effusive advocate of the view that language serves a Darwinian purpose and is, therefore, a consequence of natural selection, not a repercussion of intelligence or creativity.

Swearing As A Catharsis

Other than merely signaling pain or threat, cognitive scientists believe that swearing simultaneously mitigates this pain. Clinical psychology has shown that swearing might be cathartic and relieve us by purging our negative emotions.

One study Bergen cites is an experiment where subjects were asked to place their hands in nearly freezing water to examine how long they could persist. The results depicted that subjects who were allowed to swear performed better than the subjects who were barred from swearing. This showed that swearing alleviated their pain. This also sheds light on why the aggression that road rage incites is mitigated when we curse the agitator.

Swear words are also utilized as modifiers to emphasize intense emotions, such as disgust. By attaching an expletive to an adjective, we compare it to the abhorrence the expletive is associated with to provide a measure of its repugnance.

Also Read: Why Do We Say ‘Oww’ Or ‘Ouch’ When We Hurt Ourselves? On the opposite side of the spectrum, swearing is also utilized to emphasize intense positive emotions as well. They are often used as modifiers to describe ecstasy or exultation. Also, utterances in public settings incite uneasiness, which we inadvertently translate to laughter.

Revered comedians like Robin Williams and George Carlin are known to cheerfully use expletives. However, some writers criticize this usage as being lazy or uncouth. Consider Jerry Seinfeld, who seldom uses them, because according to him they generate “cheap” laughs.

However, this is yet to be fully verified by rigorous lab tests. We’re still not sure whether these changes actually occur at the neuronal level.

The Influence Of Culture And What Makes A Word An Expletive

Parents edifying their children on the deleterious effects of profanity on behavior is a moral platitude. But is it of any use?

Bergen asserts that there has been no real evidence that profanity (except racial slurs) has harmed children or shown to make them more aggressive. 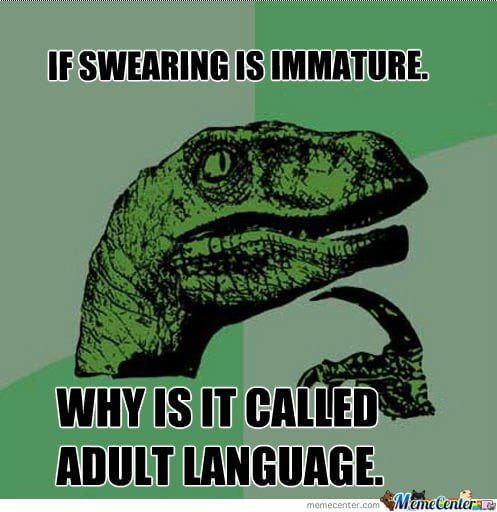 In the larval stages of language acquisition, a child can only recognize what is offensive when a parent punishes him for the utterance of a word that the parent deems to be offensive. This can be said for the parent himself. The parent acquires his lexicon of offensive words and taboos from his parents and ad infinitum. Many people inherit these values with blind trust without any rebuke or hint of skepticism.

Most swear words or taboos arise from contextual triggers. Scatological jokes are frowned upon because they are associated with a universally resented activity — excretion. It is so no surprise that they incite disgust in some people. The effect of context is the biggest factor, and this is true for every type of profanity. An offensive word in one country might not be equally offensive in another.

These contextual triggers arise from, as mentioned, drawing comparisons between a taboo at that time and an experience to provide a measure of its repugnance. However, one can observe that what is considered to be profane changes over time. In the olden times, profanity concerned with religious concepts and copulation were considered far more affronting. 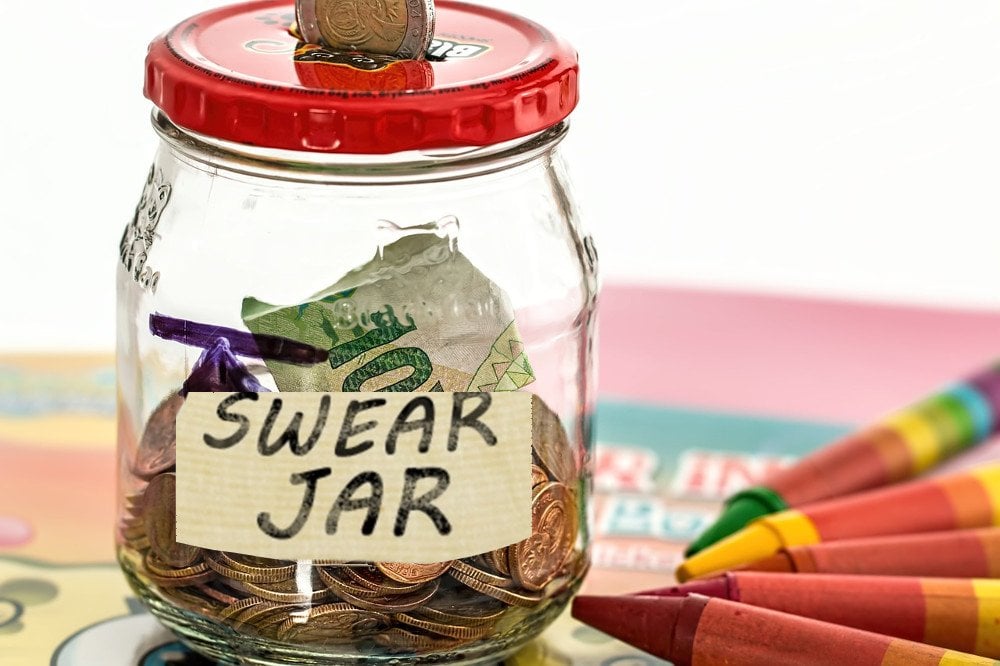 However, as cultures grew increasingly secular, profanity assumed newer forms, targeting sexual identities. This is why some words “fall out” from the devil’s dictionary as the beliefs of a culture, just like popular names, vacillate over time.

Consider the expression “This sucks”, which would be appalling if used in medieval history. People rather preferred a more elegant “This is awful”. However, millennials have now grouped this adjective and all of its eloquent synonyms into a single expression – “This sucks”. Does this illustrate their laziness?

No. It gets the point across, and that is the only objective of language.

Similarly, swearing on television is a huge deal. Bergen, despite being deeply educated on the nature of profanity, still finds an uttered expletive “surprising and unexpected” when he watches Mr. Robot. This illustrates how deep this reflex is rooted within us, but the democratization of media is a huge step to gradually, and hopefully, completely accepting them. 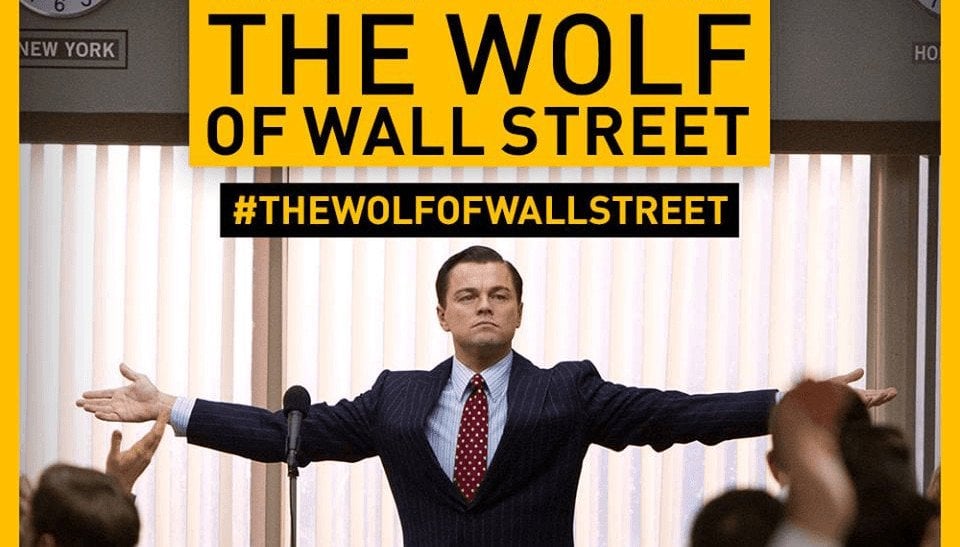 That being said, Pinker cautions us against embracing profanity. He asserts that once they become trivial, they lose their emotional potency. When devoid of their emotional component, swear words are reduced to well, mere words, unlikely to soothe someone’s pain. This is paradoxical; we must restrict their usage to encourage their efficacy.

Also Read: Why Do We Cry When We’re Extremely Happy?

Another point I want to stress is the general notion that swearing is associated with lower socio-economic cultures. One study suggests that people who swear more are considered more trustworthy as a virtue of their honesty, and their apparent indifference to the pretentiousness of gentility.

The claim that only a particular section of our society indulges in profanity is just plain wrong. Swearing transcends all cultural boundaries. It is a natural part of human speech development.