Cars tend to clump together on highways, despite the lack of traffic lights, for a number of reasons, including the misuse of the passing lane, a desire to avoid tickets, and subtle psychological elements of driving near others.

If you’ve ever taken a road trip across the country, then you have spent plenty of hours on the highway, sometimes with little to do except occasionally pass a lone truck. However, there are other times when you come over a rise and spy a large group of cars ahead, between 15-20, that all seemed to be grouped together on an otherwise empty highway. It seems unlikely that the mixture of cars and trucks would all be traveling together at a uniform speed, or caravanning to the same destination. Furthermore, with nothing ahead or behind the group for at least a half-mile, it seems more natural to spread out than to bunch together.

Despite these seemingly logical thoughts, all drivers have encountered these “packs” on highways and freeways, and have likely been just as mystified as you! So… what causes cars on the highway to gather into “packs”, rather than each of them behaving as lone wolves?

Everyone moves through life at their own pace, and the same thing is true on the highways of life; every driver prefers to move at their own speed. Some people strictly follow the speed limit, while some prefer a faster approach, and others may travel under the speed limit, particularly if they are in a large or unfamiliar vehicle. Due to this variability of speed, there are multiple lanes, typically increasing in speed from one side of the highway to the other.

For example, in a country where people drive on the right-hand side (i.e., USA, Russia, China, and about 2/3 of the planet), entry and exit ramps will be on the far right side of the highway, where speeds are typically slower for entering, exiting and merging. Moving to the left, there is often a center lane for literal “middle of the road” drivers, and the speed limit is often closely respected there. On the far left, nearest the median of the road, there is a passing lane, which is generally understood to be for cars that are driving faster than average. These lanes can also be called through lanes or express lanes, suggesting that these drivers aren’t planning on exiting or leaving the highway anytime soon. Note: In countries where people drive on the left-hand side of the road (i.e., the UK, Australia, South Africa and India), these lanes and designations would be reversed.

For those who consider their driving to be on the “faster” side, the passing lane is a wonderful gift. When the passing lane is kept empty, except for those cars that are passing, a driver in a major hurry can increase their speed and move into the far left lane, passing those drivers in the middle and far right lanes. They can then merge back into the middle lane once the traffic ahead is cleared, or they can remain in the passing lane if they wish to maintain their elevated speed. Living “life in the fast lane” may save you time, but it also increases your chances of being pulled over for a speeding ticket, as you will often be exceeding the speed limit while passing other cars.

What Causes Packs to Form on Highways

In a perfect world, the execution of the strategy outlined above would result in the smooth flow of cars, each moving at their own desired pace, and an even distribution of cars along the highway—again, because each driver is unique. However, while the science on this phenomenon is difficult to study and therefore impossible to say with absolute certainty, there are some factors that are believed to contribute to the “clumping” or “packs” that we so often encounter while highway driving. 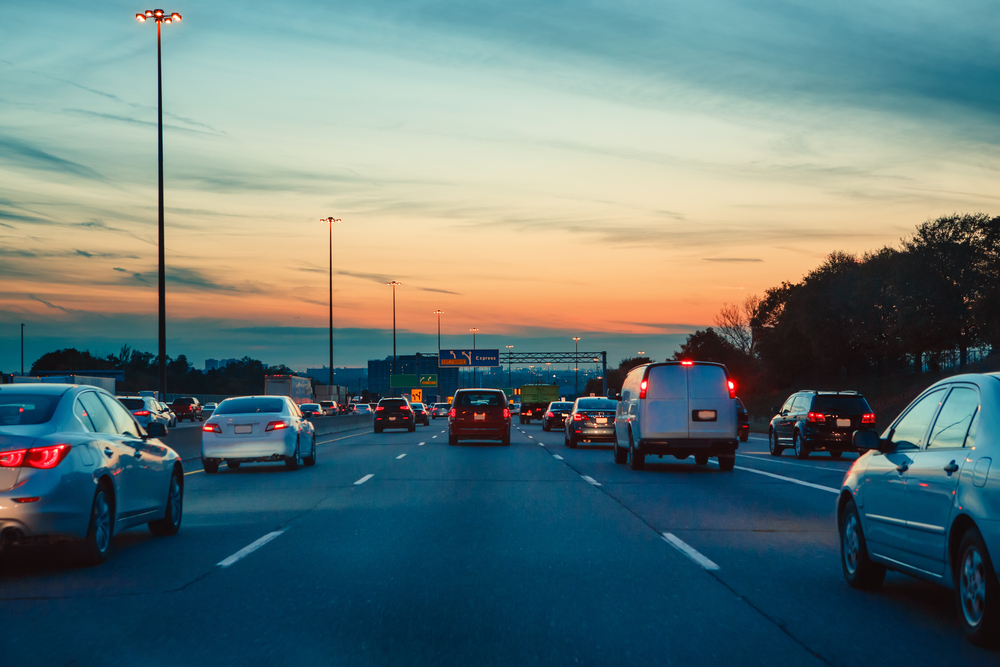 Misuse of the Passing Lane

Slower cars using and remaining in the passing lane is perhaps the most common cause behind clumping on the highways. For example, if the right lane of a two-lane highway is filled with a string of trucks, most of the cars will be trying to pass, as trucks tend to travel below the speed limit. However, if a slower car enters the passing lane and remains at or below the speed limit, the flow of cars will be stymied, resulting in a backup and a “clump” of cars.

Even on three- of four-lane highways, the misuse of the passing lane can cause cars to merge into other lanes, where they will end up weaving and navigating through cars moving at slower speeds, often getting stuck in their route forward. Additionally, if there are a lot of cars on the highway, drivers will need to decelerate to accommodate the movement and variability of other cars. When one car brakes, others behind will follow, allowing fast-moving cars behind to catch up, creating a “pack” of cars waiting to return to their original, preferred speed.

It seems appropriate to note, at this point, that highway “packs” are often temporary and transient things, coming together and breaking apart over the course of a few miles. However, we are prone to notice these groupings, as they require more attention and focus to navigate, so even though they are the exception, rather than the rule, we are still prone to notice and remember them.

Another reason cars tend to clump together on the highway is our tendency to follow a lead car, particularly one that is moving a few miles per hour faster than us. This strategy allows the “pace car” to function as an early warning system for police on the highway. When they begin to brake, cars trailing by less than a mile can similarly slow down to the speed limit, thus avoiding any traffic violations. When you have a dozen cars or so that are moving at or just above the speed limit, they might form a loose chain, with the lead car occasionally changing, as a way to prevent any individual from being pulled over. 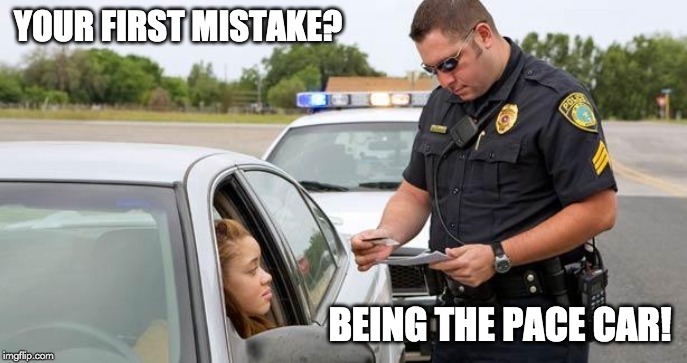 In a slightly related way, there is also a comfort that comes with trailing another car at a safe distance. if you find yourself behind a car traveling at nearly the same speed, you can put on cruise control and simply drive, which requires less effort and attention than weaving into and out of the passing lane at a higher speed. Depending on your urgency and comfort level while driving, it may be more relaxing to position yourself behind another car and base your actions on their behavior, including increasing/decreasing speed and changing lanes.

Some studies have found that drivers who “pair” in this way begin to mimic the other partner, even in small nuances of lane location. When enough drivers adopt this behavior, albeit unconsciously, a pack will form on the highway. Basically, even when we’re alone in a car, life is a bit easier with a companion—even if it’s a complete stranger in another vehicle!

Next time you’re flying down the highway and stumble upon a pack of cars spread across the lanes, instead of getting frustrated and tailgating or laying on the horn, slow down and try to determine what is causing the apparent slowdown. Understand why these packs form may help you navigate them more smoothly, and ensure that you have a safe, efficient and enjoyable trip on the highways of life!