We hear the words cement and concrete all the time, but to be quite honest, most of us don’t spend our precious brain cells’ energy trying to figure out the distinct compositions of these two common building materials. Now that e bring it up though, isn’t it important to know the basics of what our houses are made of?

For the longest time, even I understood cement and concrete as essentially synonymous, but as I have learnt recently, that’s simply not so! The two are actually very different.

So what is this big difference between cement and concrete?

Cement is actually a more common word for the actual term ‘Portland cement’. And no, that is not a brand name. It’s just a generic term for the most popular kind of cement used around the world. ‘Portland’ is to cement the same way that ‘stainless’ is used as a common word to describe typical steel kitchen appliances.

That being said, the word cement itself can be applied to any kind of binder used in construction work. The discovery of cement is a little ambiguous, but most attribute it to the ancient Macedonians. The cement used in those times was usually a mixture of lime and pozzolana (a type of volcanic ash). Romans adopted this mixture and used it to build huge buildings, including the famous Pantheon!

However, in today’s understanding, cement usually refers exclusively to the aforementioned Portland cement. This type of cement is typically made by grinding small rock-like bits of sintered limestone and aluminosilicate minerals into a very fine powder. Portland cement is hydraulic by nature, meaning that when water is added to it, it hardens and eventually becomes water-resistant. Its also dries more quickly than other cements, and its compression rates are measurably higher. No wonder it’s the most widely used type of cement!

Concrete, on the other hand, is a stone-like structure that is made by mixing many different materials, along with cement and water. Cement, as it so happens, is just one of the ingredients required to make concrete! Cement binds the other materials in concrete the same way that flour holds an entire cake together.

The ‘other materials’ I’m talking about are technically referred to as ‘aggregates’. The aggregates that are most commonly used in concrete are a combination of gravel, sand, small rocks and recycled concrete. The application of concrete dictates the proportions in which these materials are used as aggregates. They usually represent around 60-75% of concrete, while the rest consists of cement and water.

Concrete is the most widely used man-made material, which should be no surprise to anyone. After all, it is extremely malleable in its primary stage, allowing you to build nearly anything you want. Then, after it dries, it proves to be weather-resistant, water-resistant, fire-resistant, energy-efficient, immensely durable and very strong. Of course, the chemical properties of cement play a huge role in creating this miraculous building material, which has played a central role in achieving all the modern luxuries that we enjoy today. 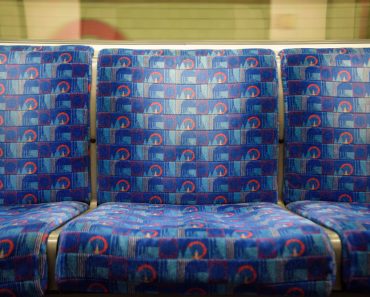