This might sound surprising, but people have been using soap for various purposes, such as cleansing, curing skin sores, hair dying, as a mild antiseptic, and even as an ingestible antidote for some poisons for thousands of years!

Saponification is the process by which soap is produced, wherein animal fat or plant oil containing fatty acids is mixed with a strong alkaline substance. We will look into the specific details of how soap is manufactured in this article, but before that, let’s take a brief look into the interesting history of soap production. 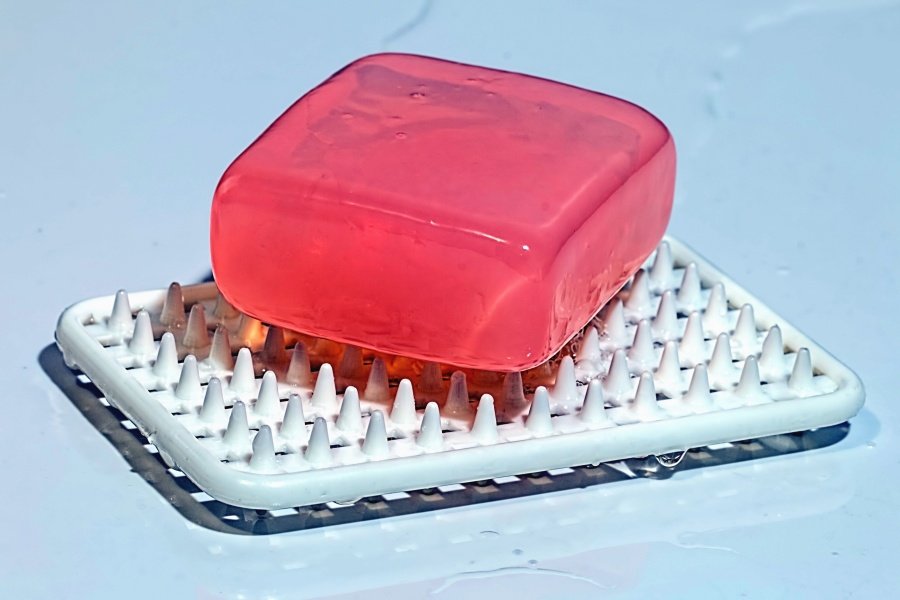 The earliest recorded use of soap or a soap-like element was in Babylonia, dating back to 2800 BC. Phoenicians are recorded to have prepared soap from goat’s tallow and wood ash around 600 BC. Soap was also produced by ancient Celtic tribes residing in Central Europe. During the Roman empire, soap was widely used for medicinal purposes.

When soap was treated as luxury and taxed heavily

The large-scale production of soap began by the end of the twelfth century in England. Interestingly, a heavy tax was levied on soap producers at that time. In fact, to curb the production of contraband soaps, tax officials locked the lids on the soap boiling pans every evening! Due to extreme taxation on the soap, it was perceived as being more of a luxury item than a household one. Only after the revocation of this perverse soap tax in the mid-seventeenth century did soap start to find its place in general households.

Early producers of soap simply boiled a solution of animal fat and wood ash. As a result, a foam-like substance was formed at the top of the container. Upon cooling, it would harden into a soap. A French chemist Nicholas Leblanc formulated a method to extract caustic soda (sodium hydroxide) from common salt (sodium chloride), replacing the need to use wood ash in the manufacturing of soap. Taking cues from this method, in 1823, another chemist—Eugene-Michel Chevreul—developed a rigorous soap-making process incorporating chemical terms and terminologies more concretely, which was called saponification. In this saponification process, chemically neutral animal fat is split into fatty acids. This fatty acid then reacts with alkali carbonates to form soap. Glycerine is left as a byproduct of this process. 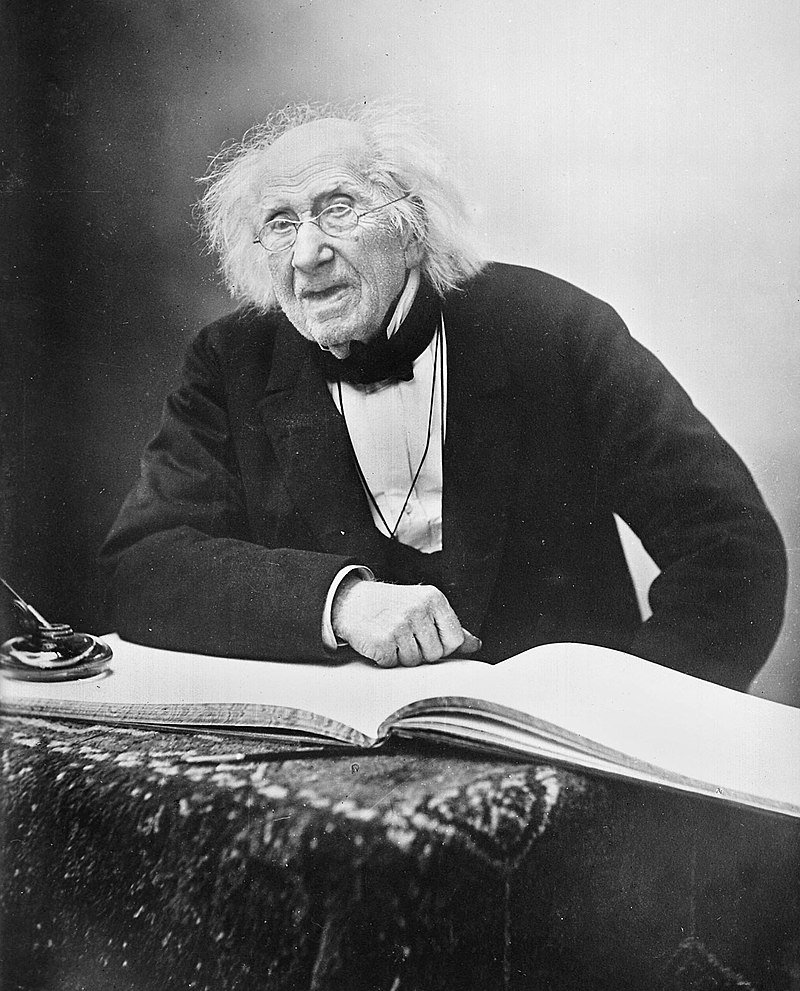 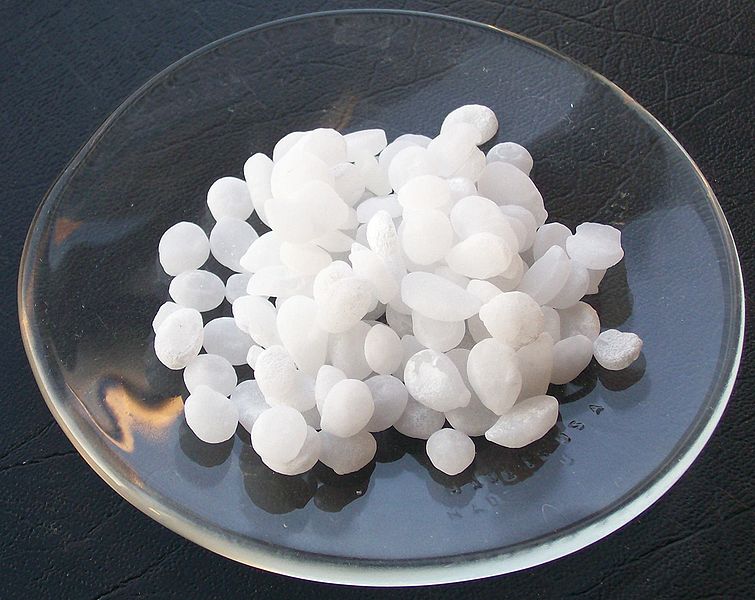 In the early days, raw animal fat obtained from slaughterhouses was used directly, but modern-day soap manufacturing processes mostly involve the use of processed fat (which has been processed into fatty acids). In this way, many impurities are eliminated. Many vegetable fats like palm oil, olive oil, coconut oil etc. are also being used in soap manufacturing.

To enrich the color and texture of the soap, additives are often used. Similarly, to supplant the foul odor generated through the manufacturing of soap, perfumes and fragrances are added to the soap mixture. 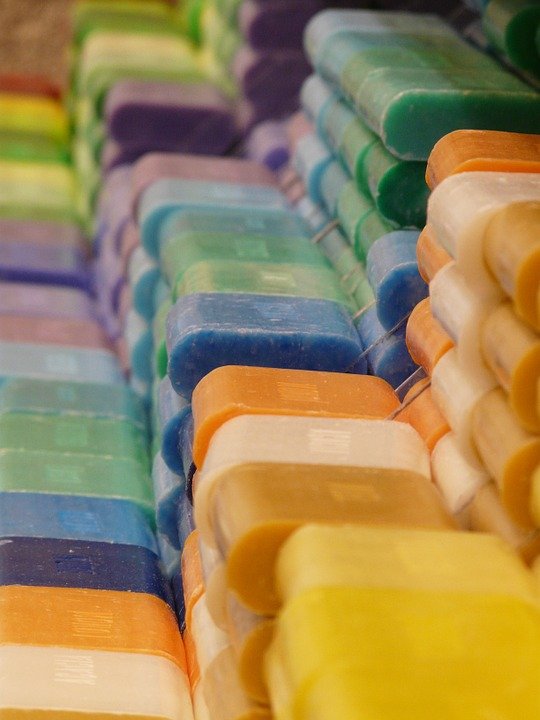 Earlier soap manufacturers employed the kettle method for making soap. This was a long process, taking 5-10 days to complete in batches, and there was inconsistency in the quality of the batches of soap production. However, a few decades back, an improved manufacturing process called the ‘continuous process’ was developed, which is faster and more efficient than the kettle method. As the name suggests, through this process, soap is produced continuously, rather than in a batch-wise manner. Technicians have far more control over the production process in continuous production and it is much quicker than the kettle method—taking just 4-6 hours to complete the entire manufacturing process.

Most of the big soap manufacturing companies currently use the continuous process method of soap manufacturing, which can be broken down into three (sometimes four) processing steps, which will be explained in greater detail below.

The first step is to split natural fat into fatty acids and glycerine inside a very tall piece of equipment (20+ meters tall), a stainless-steel column with the diameter of a barrel called a hydrolyser. Meters and pumps are affixed to the columns for precise control and measurements. On one end of the column, molten fat is pushed in, while from the other, boiling water is propelled. As a result, fat splits into fatty acids and glycerine, which are then extracted out for further processing.

The extracted fatty acids from Step 1 are purified and mixed with alkali to form soap. Other ingredients, such as additives and abrasives, are also mixed in this step. This step produces the hot liquid soap that may then be further whipped to incorporate air and improve the overall texture.

The liquid soap obtained from the mixing stage is poured into molds and allowed to harden into a large slab. These slabs are then cooled in a large specialized freezer. After freezing, the slab is cut into smaller bar-shaped pieces which can then be stamped with the company logo and wrapped. The entire process, from splitting to finishing, is continuous and can be accomplished in a few hours.

Some premium toilet soaps undergo additional step called milling, wherein cooled soap is trampled with heavy rollers (mills) that crush and knead it. Fragrances and perfumes can be best embedded at this time, as volatile oils don’t evaporate from the cold state very easily. After being processed with the mills, the soap is fed into a cylinder to smooth the shape and form. The extruded soap from the cylinder is then cut to bar size, stamped with the manufacturer’s logo and wrapped in the preset packaging. This type of milled soap lathers up better and is much more consistent than its non-milled counterpart.