Moonshine is illegal in most places because it is typically made with corn mash as the main ingredient, and it is not aged. Moonshine is also illegal because it is often made in makeshift stills, which can be dangerous.

As fun and frivolous as the term “moonshine” may sound, it has long been considered a shady and illicit way of producing alcohol for consumer purposes. More specifically, making “moonshine” suggested more of a home distillation method of producing alcohol. That being said, in recent times, it has been legalized in some parts of the United States. Moonshine can also be understood as transparent, un-aged whiskey, typically made with corn mash as the main ingredient. Now, let’s take a look at the history and materials required to make moonshine. 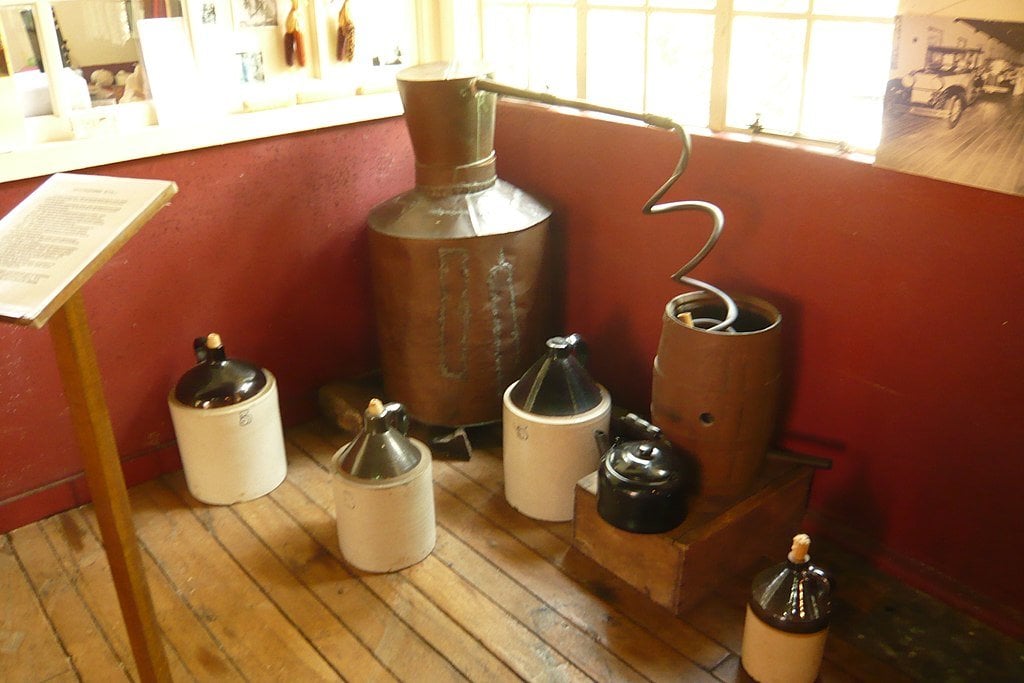 As far as history goes, brewing alcohol has been around since the early stages of humankind, once the process of fermenting fruits and grains was recognized for its intoxicating effects. However, moonshine is believed to have been introduced in the Southern Appalachian region of the U.S. by Scotch-Irish immigrants in the late 1700s. According to Appalachian anthropologists, the Scottish and Irish people who migrated to the area in the 1700s and 1800s brought with them their tradition of home brewing and their recipe for high-potency “hooch” (an alcoholic drink, usually referring to illicit whiskey).

Also Read: How Is Beer Made? 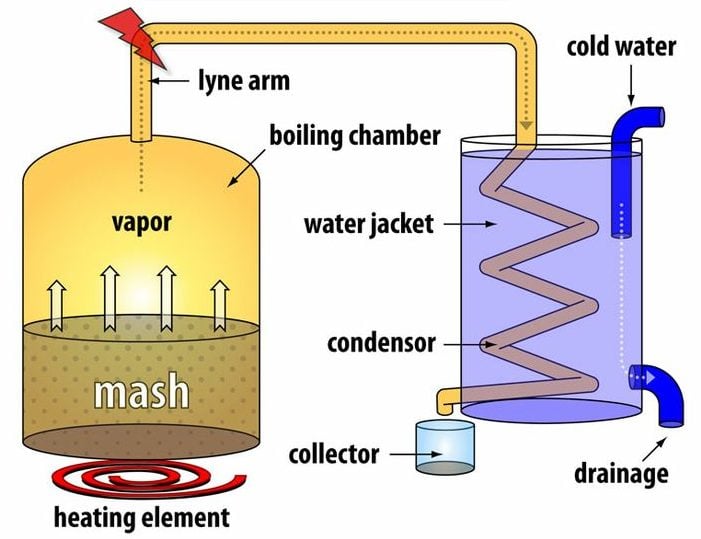 Moonshine or hooch or homebrew, as it was commonly referred to, was widely manufactured from the fermentation of a sugar source to produce ethanol. Traditionally, moonshine is made from a mash of corn and sugar. The alcohol is separated from the mash by a distillation process. One main difference between moonshine and other liquors, like whiskey and bourbon, is the fact that it’s not aged. The result is a distilled spirit with a high level of alcohol content present—typically 50% alcohol, give or take 10%. In some cases, that percent can get up to as high as 90%! As alluring as a high level of alcohol might be to some people, it is by no means an alcoholic product that is safe to assume, unless it is regulated and legalized in that area. Traditionally, the manufacturing process was deplorable, and even in the present, real “moonshine” isn’t a wise thing to consume. Most production is highly unregulated and can take place in strange conditions, or even with the help of used car radiator parts!

Moonshine was once an essential part of the financial success of the Appalachian economy. It proved to be a good source of income during bad economic periods. Like any good produced in the U.S., moonshine experienced its peaks and valleys in terms of the supply and demand chain. Moonshine experienced a lull when the U.S. experienced a hike in the price of sugar in the 1950s. Moonshine seemed to be a fading tradition, especially as the U.S experienced a surge in other recreational drugs. In recent years, it seems to have had a resurgence. Now, with the trend of higher prices at liquor stores, especially for imported spirits, moonshine appears to have jumped back in the spotlight again. In 2010, a BBC report claimed that over a million people were breaking the law and had gone back into the production of moonshine.

Now that we have a glimpse of the economic front of moonshine, let’s shift our attention to the health implications of moonshine. Illegal moonshine remains dangerous because it is mostly brewed in makeshift stills. This is dangerous on two levels, both during the distilling process and the consumption process. The distilling process produces alcoholic vapors that are highly flammable. Accidental sparks have led to the fiery demise of many moonshine makers. When it comes to the consumption front, many people die due to the toxins present in the alcohol. Although most modern-day mills are made of copper, which is quite inert during the distillation process, there are some production units that still use the old handmade stills. Old stills often used vehicle radiators in the distilling process, and they usually contain an inner lining of lead soldering, which could contaminate the moonshine. As the batch size increases, there is also a higher chance of methanol being formed. The bigger the batch, the more methanol is formed. Methanol is highly dangerous and causes blindness; in some rare cases, it can even cause death.

Also Read: What Is Denatured Alcohol?

On a lighter note, there is a piece of folklore that most moonshine producers use to check the purity of the batch. If it burns with a blue flame, it’s safe, but if it burns with a yellow or red flame, it contains lead, prompting the old saying, “Lead burns red and makes you dead.”

Perhaps now you understand why it’s a good thing this alcohol is banned in so many places… if their only test for quality relies on folklore methods, I probably wouldn’t want to take a swig of that booze either! 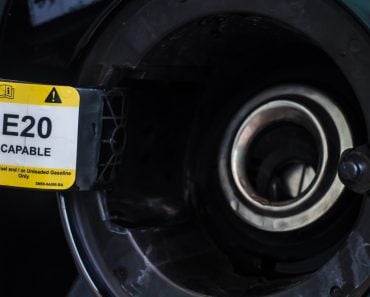