All of us have fat in our bodies, but different people seem to store it in different regions. Some people have fat in their abdominal region, while others have it in their thighs and hips and other common areas. Unfortunately, we have no direct control over where our body stores fat.

Good fats play an important role, not only in providing energy to our body, but also in the regulation of our body temperature, the production of hormones, the reduction of inflammation and so on. The question of what good and bad fats are is a topic for another day, but another question remains – how does our body decide where it stores fat?

To understand how the storage and distribution of body fat works, we must first briefly understand how food is digested in our body. Digestion starts the moment we put food in our mouths, where it is mechanically digested as we chew, and then chemically digested due to the enzyme amylase present in our saliva. Once we swallow the bolus, the process of digestion becomes automatic. Food reaches our stomach through the esophagus, where it is churned, broken down into smaller pieces and mixed with acid and digestive juices.

This partially digested food is emptied in portions into the small intestine, where most of the digestive process takes place. Here, pancreatic juice, bile (produced by the liver) and intestinal digestive juices mix with this pre-digested food and break down the complex nutrients into their simpler forms. 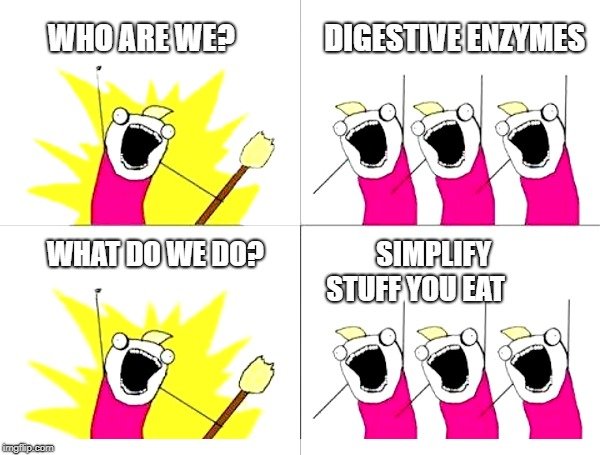 How are fats produced?

When the nutrients broken down in the small intestine are absorbed into our bloodstream, the glucose (sugar) level in our blood increases. The pancreas, which constantly monitors the sugar levels in the blood, secretes a hormone called insulin when it senses such an increase. Insulin released in the bloodstream signals the muscle cells and other cells of our body to take up glucose from the blood in order to decrease the blood sugar level. These cells receive the message—thanks to insulin receptors embedded in the cell membrane—and take up the glucose from the blood for energy.

When the cells have taken up all the energy they need, insulin signals the liver to take up glucose and store it as a starch called glycogen (glycogen will be converted back into glucose once the sugar content in blood decreases). However, when the glycogen stores are full, lipogenesis (fat production) is stimulated.

Where are fats stored?

Fats are stored in adipocytes, the cells of a loose connective tissue called adipose tissue. An adipocyte is like a little packet in which a droplet of fat can be stored. 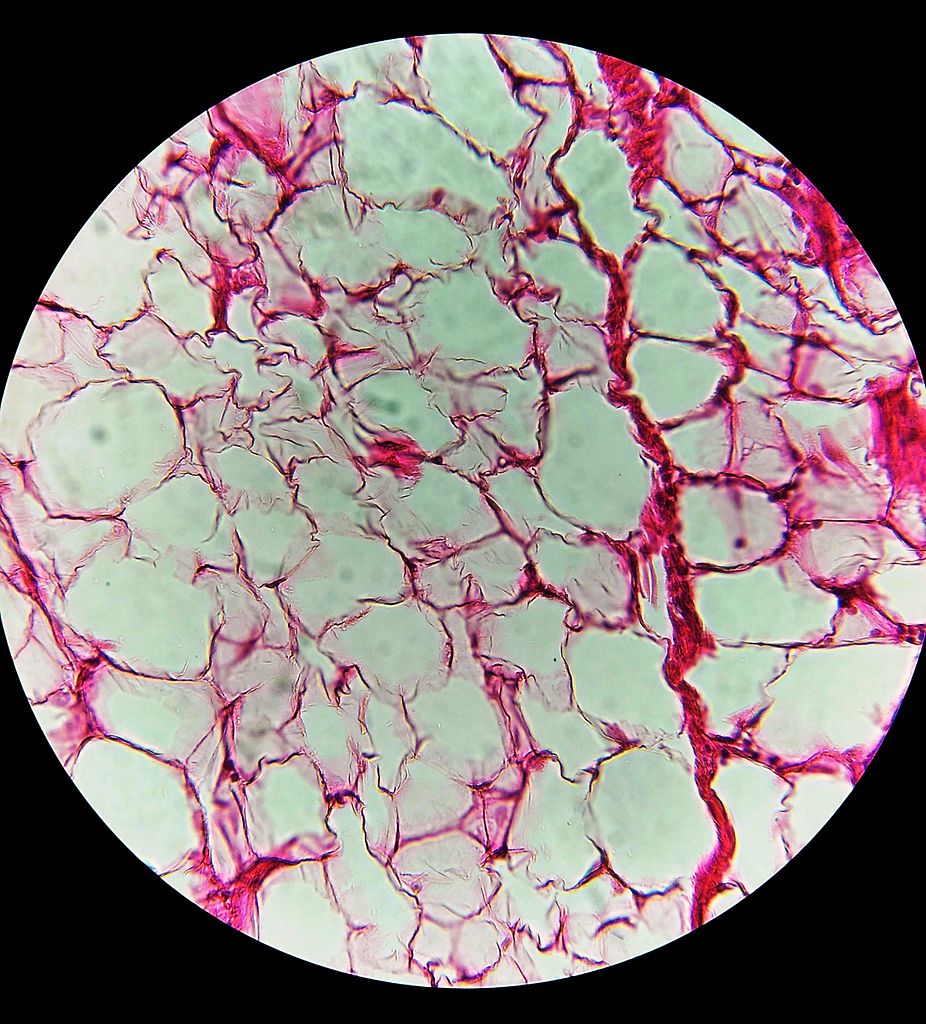 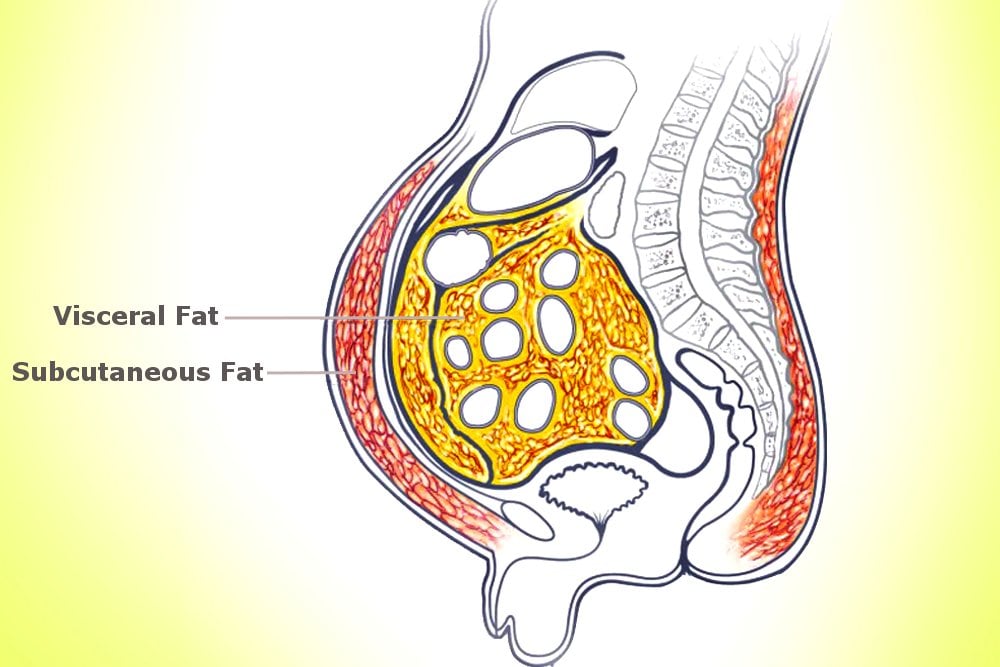 We need to consider two points when discussing the distribution of body fat – the number of adipocytes (fat cells) in a certain region and their degree of filling with fat. These two points determine the total and regional masses of adipose tissue in our body. Current available evidence does not suggest a reason for the region-based multiplication of fat cells, but does give some idea about the latter, the degree of filling. Thus, it can be safely said that the differences in the regional mass of adipose tissue is due to the differences in the degree of fat filling in these cells.

Differences in men and women

Steroid hormones play a huge role in this process. Thus, the secretion of various steroid hormones and the regional density of their receptors will decide, to a large extent, the distribution of adipose mass. Differences on the basis of sex are such that women have a larger amount of fat stored subcutaneously as compared to men, who have a higher visceral fat rate. In addition to this, women have more enlarged adipose tissues in the gluteal-femoral (hips and thighs) region. Fat storage in this region is also a result of the ready receptivity caused by higher lipoprotein lipase activity in this region due to female sex steroid hormones. As a result of these hormones, women store most of their fat in the lower portion of the body, whereas men store it evenly all over their body, mainly in the central section. 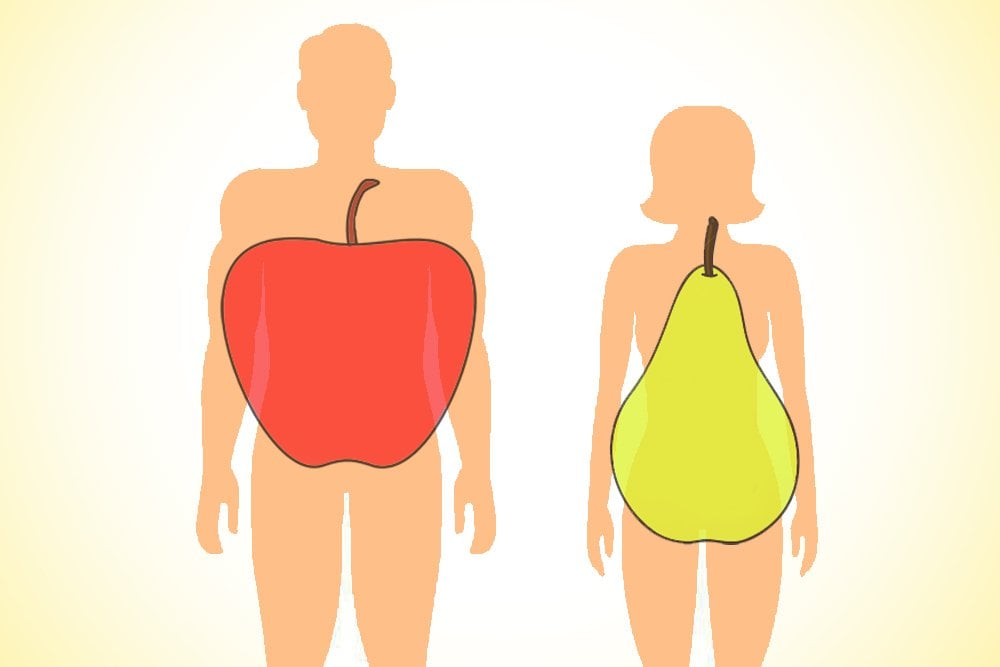 On the other hand, women tend to have a redistribution of adipose mass towards the abdominal region and a rise in visceral adiposity after menopause, presumably due to a fall in estrogen (female sex hormone) levels. Women, before reaching menopause, have a greater ability to protect their visceral deposits from fat accumulation up to a certain extent of obesity. Men accumulate fat in this region almost in parallel with other regions. This is at least partly explained by the fact that women have more space in their adipose tissue.

Chronic stress for long periods of time is a major factor in deciding where fat is stored, regardless of gender. Exposure to stress releases the stress hormone cortisol, and higher than normal levels of this hormone leads to fat being stored centrally in the abdominal region. Everyone is exposed to stress, but not everyone responds by secreting the same levels of cortisol. Thus, people who secrete higher levels of this hormone accumulate more abdominal fat. 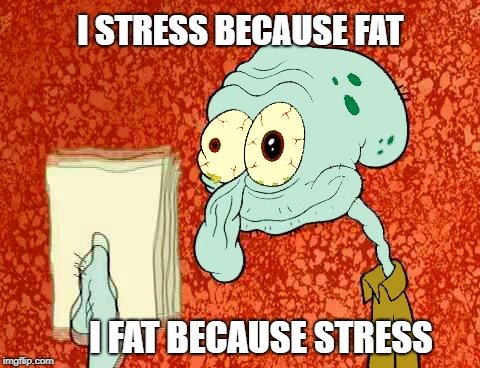 Genetics play a huge role in deciding our reactivity to stress, metabolism, sensitivity to insulin etc., all of which contribute to deciding where our body stores fat. Factors like lifestyle and age also heavily influence one’s levels of abdominal fat. Alcohol, smoking, lack of sleep and minimal exercise contribute to a greater amount of abdominal fat.

Excess fat, regardless of the region in which it is stored, comes with many health problems, but the fat stored centrally comes with more health risks than the lower body fat; visceral fat is more dangerous than subcutaneous fat. Abdominal obesity comes with a greater risk of cardiovascular diseases, diabetes, insulin resistance and other serious side effects.

Whether you are an apple or a pear, a regime of proper nutrition, exercise and a healthy lifestyle is crucial to stay fit.